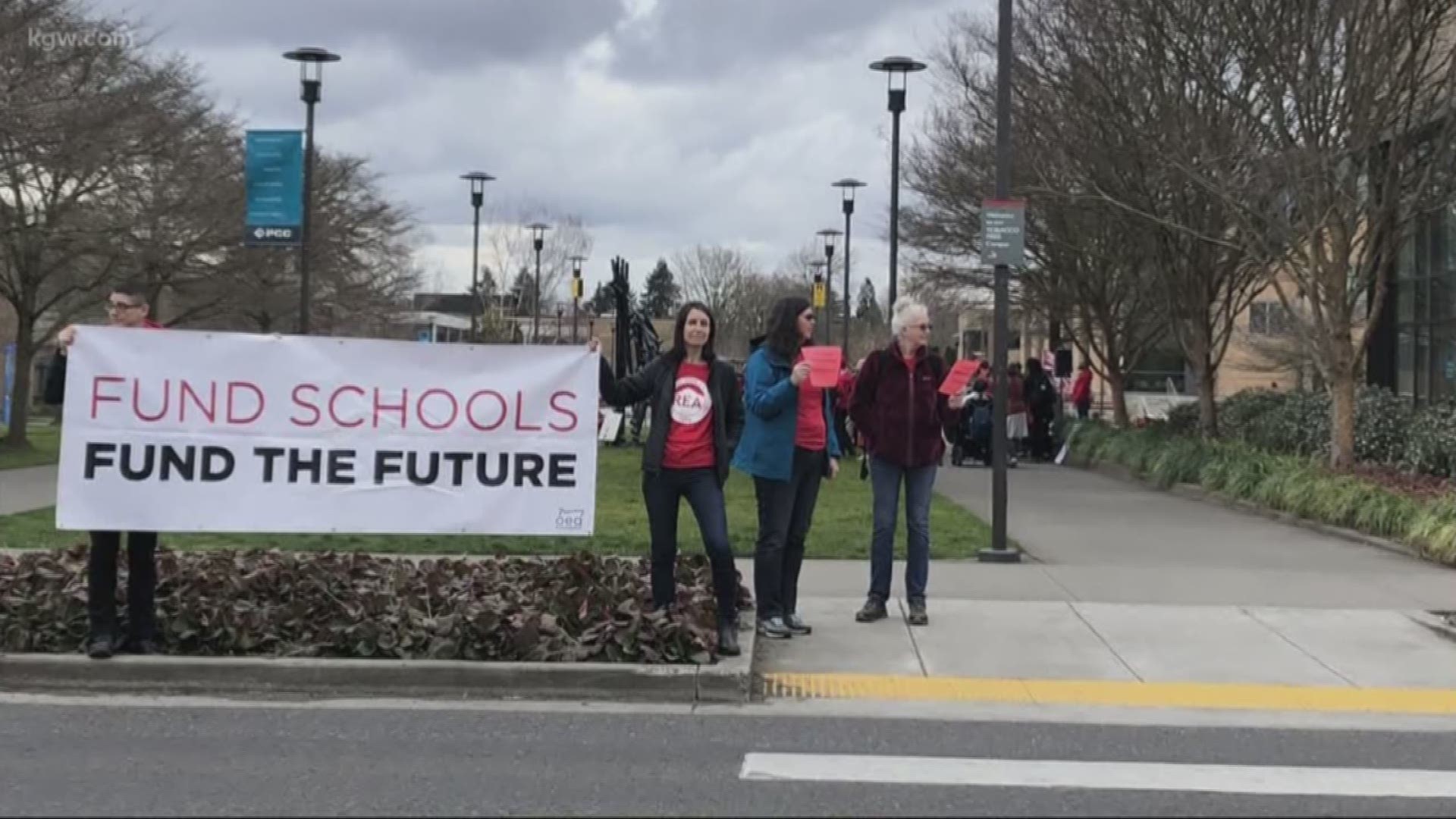 Most of the protesters were members of the Oregon Education Association, some were parents with their children, teachers, counselors -- all people invested in the proposed budget cuts.

Speakers with OEA took to the mic during the rally to speak largely on three points outlined in a flyer:

The rally preceded a Ways and Means Committee meeting on the campus where members of the community spoke to request funding for various issues from education to fending against invasive bug species.

Many also pointed out that wrap-around care for students, that is funding programs that help low-income students and students who have experienced trauma, is needed in order to support them better from home so they can achieve success at school.

Educators, students, and interested parties spoke before the committee to request additional funds for public education at all levels, from elementary school to college.

During the meeting, a Parkrose spokesperson said students and educators have missed 30 days of education and pay due to the budget cuts this year. The proposed budget cuts are even steeper than Pakrose faced this year.

The Oregon Education Association is planning a walk-out on May 8. A spokesperson with OEA said it was “unfortunate” that withholding labor may be the only way to get legislators to listen, however he said the OEA has seen how the tactic was successful for teachers in other states.

Issues also discussed at the meeting were concerns over House Bill 3063, which would mandate all students receive vaccinations unless they have a medical exemption, funding for resources for immigrants, mental health programs, and drug rehab programs.

Not every person was able to testify, so an email was provided to allow those to email the Ways and Means Committee: waysandmeans.budget@oregonlegislature.gov