It's the 10th anniversary of Portland Comic Book month and City Hall is having a party. 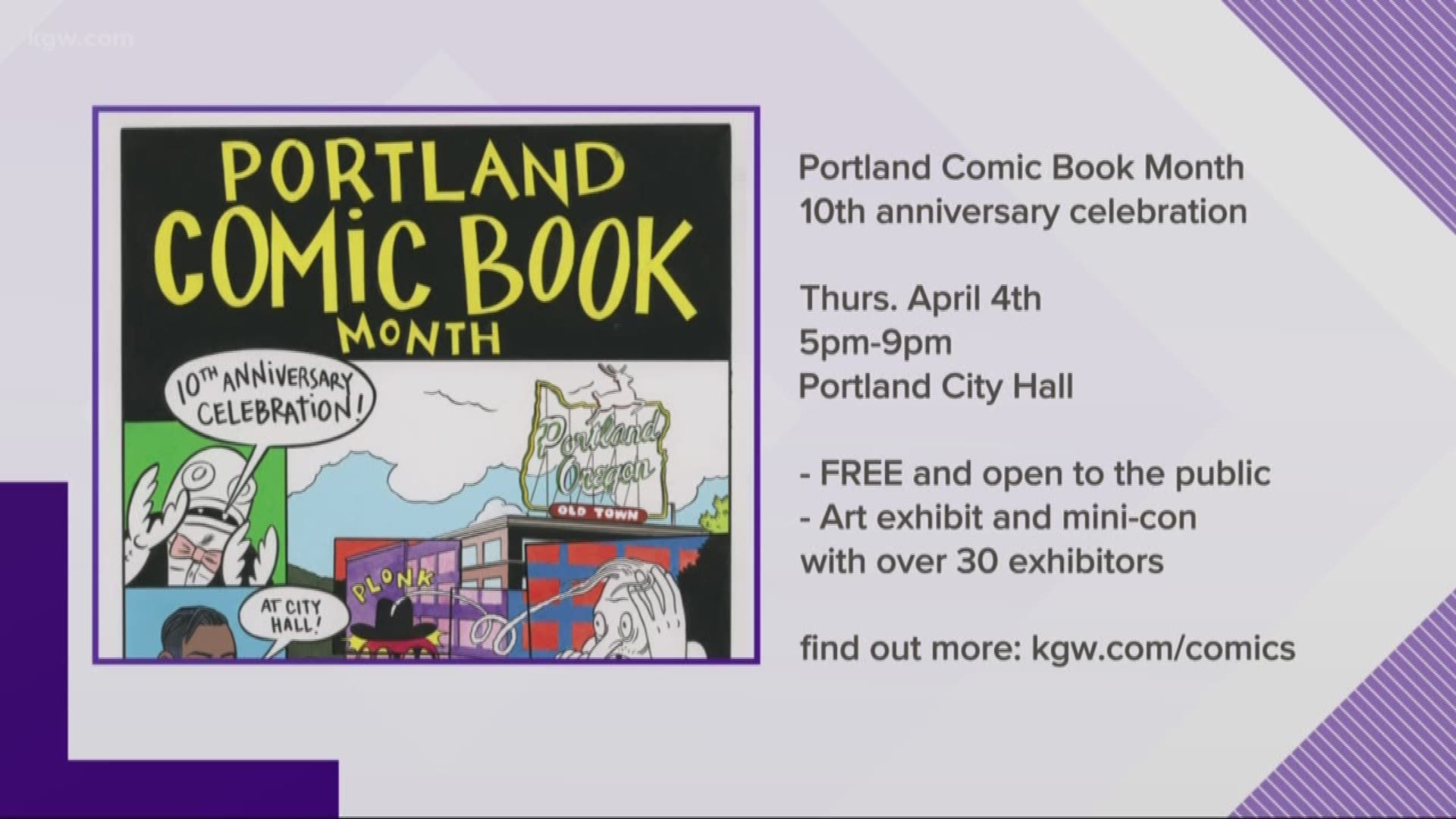 On April 4, from 5 p.m. - 9 p.m., Commissioner Chloe Eudaly is hosting the celebration at City Hall.

There will also be pizza provided by Sizzle Pie and beverages from Lion Heart Kombucha. I mean what is more Portland than comics, pizza, and kombucha?

Looking for more information on the event? Here's the Facebook Event invite.

There are events all month long:

April 28 - Underpants and Overbites Webcomics Meet-Up and Bill Griffith/ Nobody's Fool: The Life and Times of Schlitzie the Pinhead

April 29 - Mo Welch Conversation about How to Die Alone: The Foolproof Guide to Not Helping Yourself. Comic reading with Liz Yerby

Portland is a hub for comic creators from indie to well-known. The events over the next month will celebrate comics in Portland. Hope to see you at one!

RELATED: Let's talk comics! KGW reviews comics and you should join us

Destiny Johnson is a digital investigative reporter at KGW. She also reviews comics once a week on YouTube and likes to chat on Twitter @hello_destiny.