The annual Buddy Fest Northwest features the first person with Down syndrome to graduate from college in Oregon. 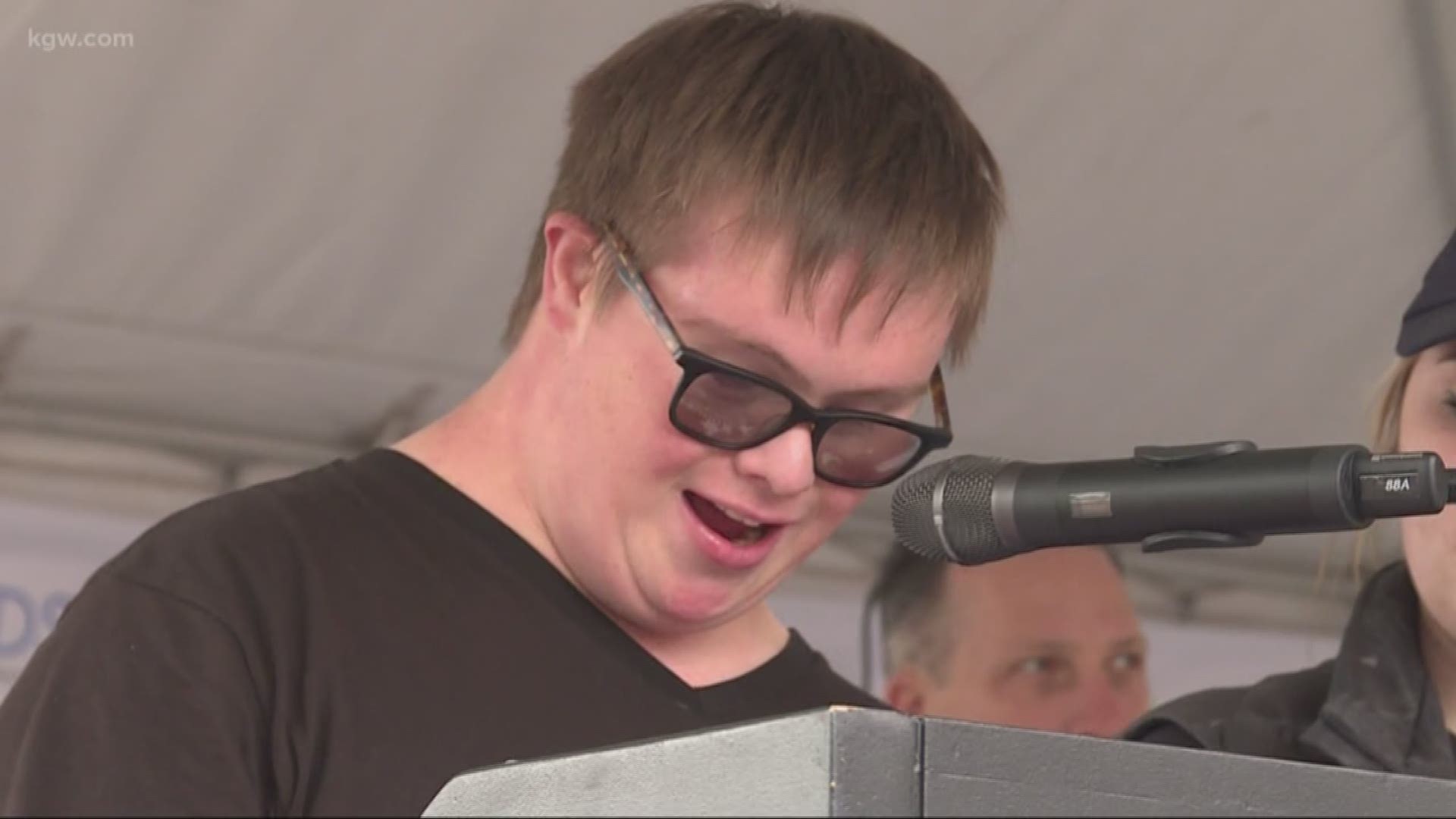 PORTLAND, Ore. — Whether the weather was sunny or soggy it's clear -- all these people were committed to being in one place.

Buddy Fest Northwest is in its 20th year promoting inclusion and acceptance of people with down syndrome. But this year marks something big.

Dan Jarvis-Holland's friend, Cody Sullivan talked to him about college. In April -- Sullivan became the first person with down syndrome to graduate from college in Oregon.

“It was a really profound moment,” Angela Jarvis-Holland said. “If we can show that future, we're changing futures she would know. Cody's success inspired Jarvis-Holland's son Dan to go to college himself.

“I love my friend Cody he is a good man,” Dan said.

He's at Portland State University going to school with his sister and proud of it!

“Watch out world we have big dreams,” he said.

Sullivan took the stage too as the keynote speaker with his best friends from Concordia University.

“Everyone deserves to go to college,” Matt said.

All these people walking to make sure those with down syndrome can achieve their dreams. Which for Dan means striking a pose.

“That was news to me,” Jarvis-Holland said. “But I do know a young man with down syndrome that' s a burlesque dancer so I’m just hoping he can pursue his dreams.”