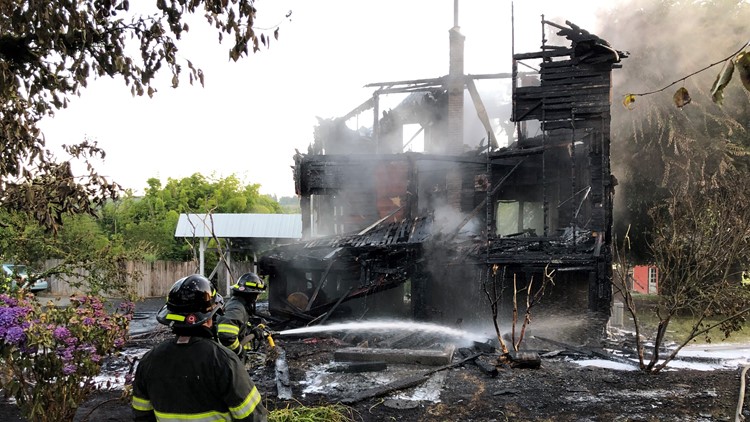 Photo by: Cowlitz 2 Fire and Rescue

LONGVIEW, Wash. — Authorities say a bed and breakfast near Longview, Washington, was destroyed by an early morning fire.

The Daily News reports that firefighters from Cowlitz 2 Fire and Rescue and Longview Fire were called to the structure fire just before 3 a.m. Sunday.

A total of six people were able to vacate the bed and breakfast and were accounted for on scene.

The fire was brought under control just after 4 a.m.

The house is considered a total loss, according to fire officials.  The cause of the fire remains under investigation.