WOODLAND, Wash. -- A strange message that went out over the loudspeakers at Woodland Primary School Tuesday scared kids and confused parents. 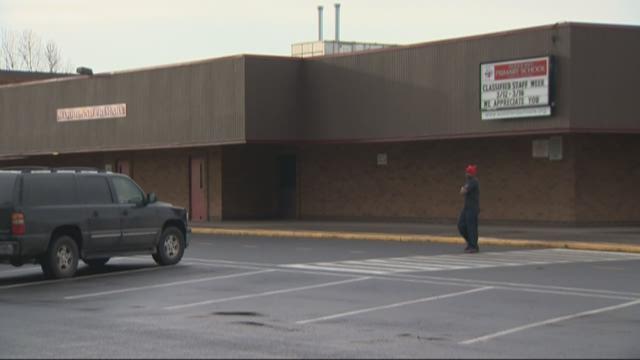 WOODLAND, Wash. -- A strange message that went out over the loudspeakers at Woodland Primary School Tuesday scared kids and confused parents.

As 6-year-old Paisley tells it, the school day wasn't a typical one.

She's talking about a bizarre message sent over the intercom that had her and her friends freaked out and hiding under their desks.

“I was crying,” she recalled.

“Picked my daughter up from school and she comes running up to me from the bus. Dad, dad, dad, there's an octopus that's gonna smash my eyes with a hammer,” said Scott Summers, Paisley’s dad.

It was definitely not what he expected to hear from his little girl.

“Some dark creepy voice came over the loud speaker and scared them all,” said Summers.

We played a YouTube recording for Paisley that sounded similar to what multiple parents had reported their children hearing. She said the recording is what she heard come over the loudspeaker.

“This is a humoctopus. I am speaking to you from the future. Run for your lives, wretched humans. I will smash you all,” said the person recording the audio as he laughed maniacally.

After that went out over the intercom at the K-4 school, it went into lockdown and parents got a voicemail from the principal.

“I want to inform you that Woodland Primary School was put in lockdown this afternoon following a test message accidently broadcast over the school’s InformaCast public announcement system. This is our PA system. This test message was an error made as a result of the IT department testing the InformaCast announcement system at the KWRL [Kalama, Woodland, Ridgefield and La Center] bus barn building. The fictional test message created by InformaCast was intended to be a joke with a gruff voice claiming to be the humoctopus from the future who proceeded to make threats against present day humanity. Our staff immediately put the primary school into lockdown. We determined the cause of the test message and made our school staff and students aware within five minutes,” said the principal in the voicemail.

A piece of paper explaining what had happened was also sent home with students.

“I'm glad they took it serious and let parents know what was going on,” said Summers.

While the situation is making some parents chuckle, others aren't happy about it. Some people are wondering why in the world something that could be so scary to little kids is being used as a test, especially so soon after the tragedy in Florida.

The recorded alert is one that's often used as a test for alert systems. The principal, in her recorded voicemail, said the InformaCast public announcement system that the school uses created the test message.

In a statement to KGW, Woodland Public Schools said the IT department has deleted all pre-made test messages in the InformaCast system. They recorded new test messages which says: “This is a test of the public announcement system.”