Beaverton School District sorting out how to deal with $35M shortfall 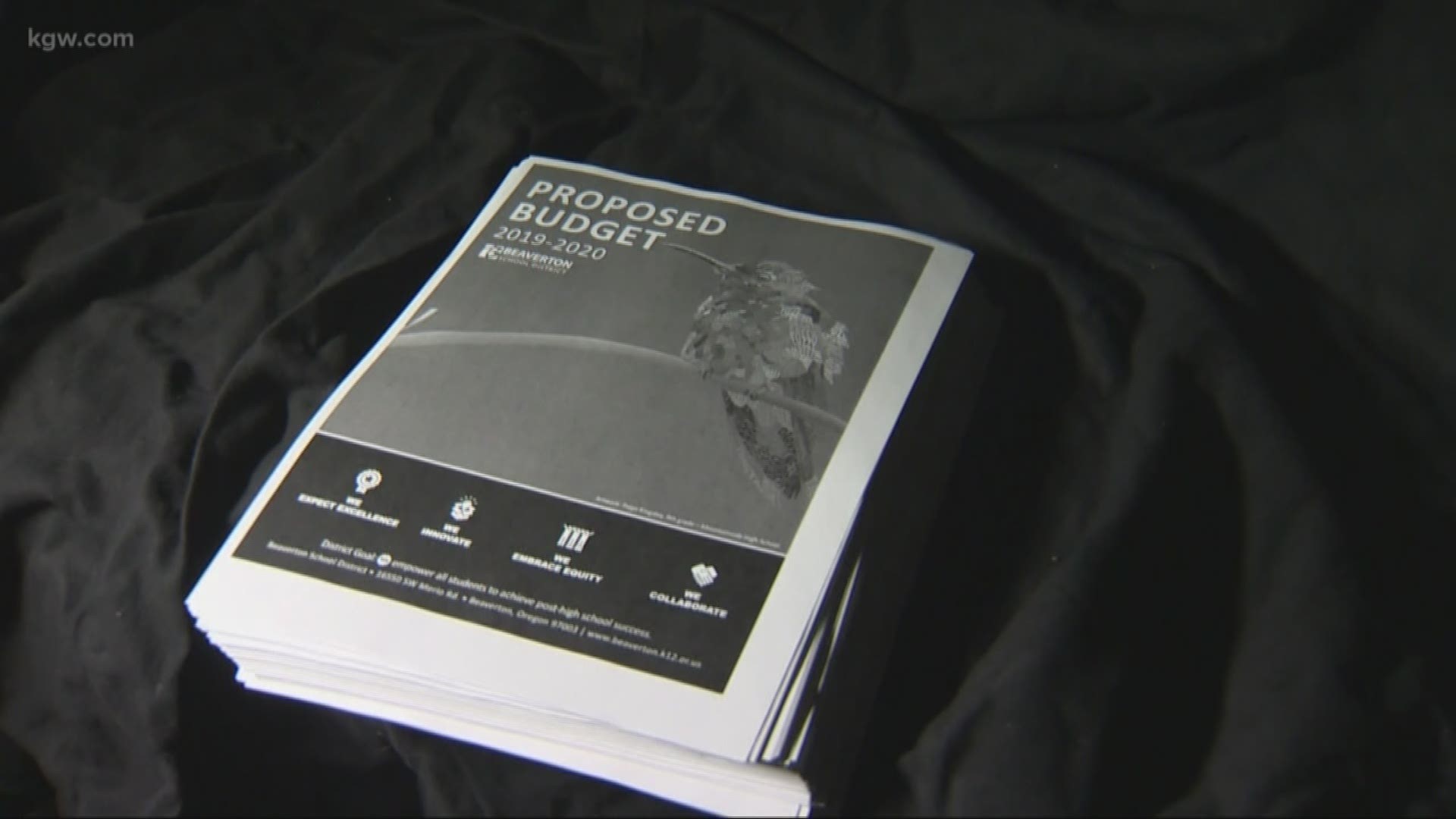 The district released its proposed budget on Monday. Half of its $35 million dollar deficit is due to increased costs associated with Oregon’s Public Employee Retirement System (PERS). Other factors include increased enrollment costs and underestimated teacher salaries.

“I think we're going to have a really tough road ahead with the reduction in staff that we're going to be seeing,” said parent and district employee, Leslie Polaski.

These are Oregon's top 30 school districts for 2019

The district may also cut specialized programs including the International Baccalaureate (IB) program. It’s a $2.5 million investment in which second grader Lily Angle in enrolled.

“I'm not really happy about it,” said Angle. “(IB) helps my learning and I like learning about the world and each other.”

“I was kind of heartbroken that that program might be cut,” said Lily’s mother, Jessica Angle.

Wheeler said because just ten of the district's 34 elementary schools offer the IB program, as with everything, they had to think of the big picture.

“How do we provide equity?” said Wheeler. “We really want some consistency of programming and there are things that are near and dear to our hearts ... we want things that are good for all kids."

The district's budget committee is scheduled to approve a budget in May which would go before the school board for adoption on June 17.