More than 150 possible cases of serious lung illness are being investigated by the CDC and FDA. 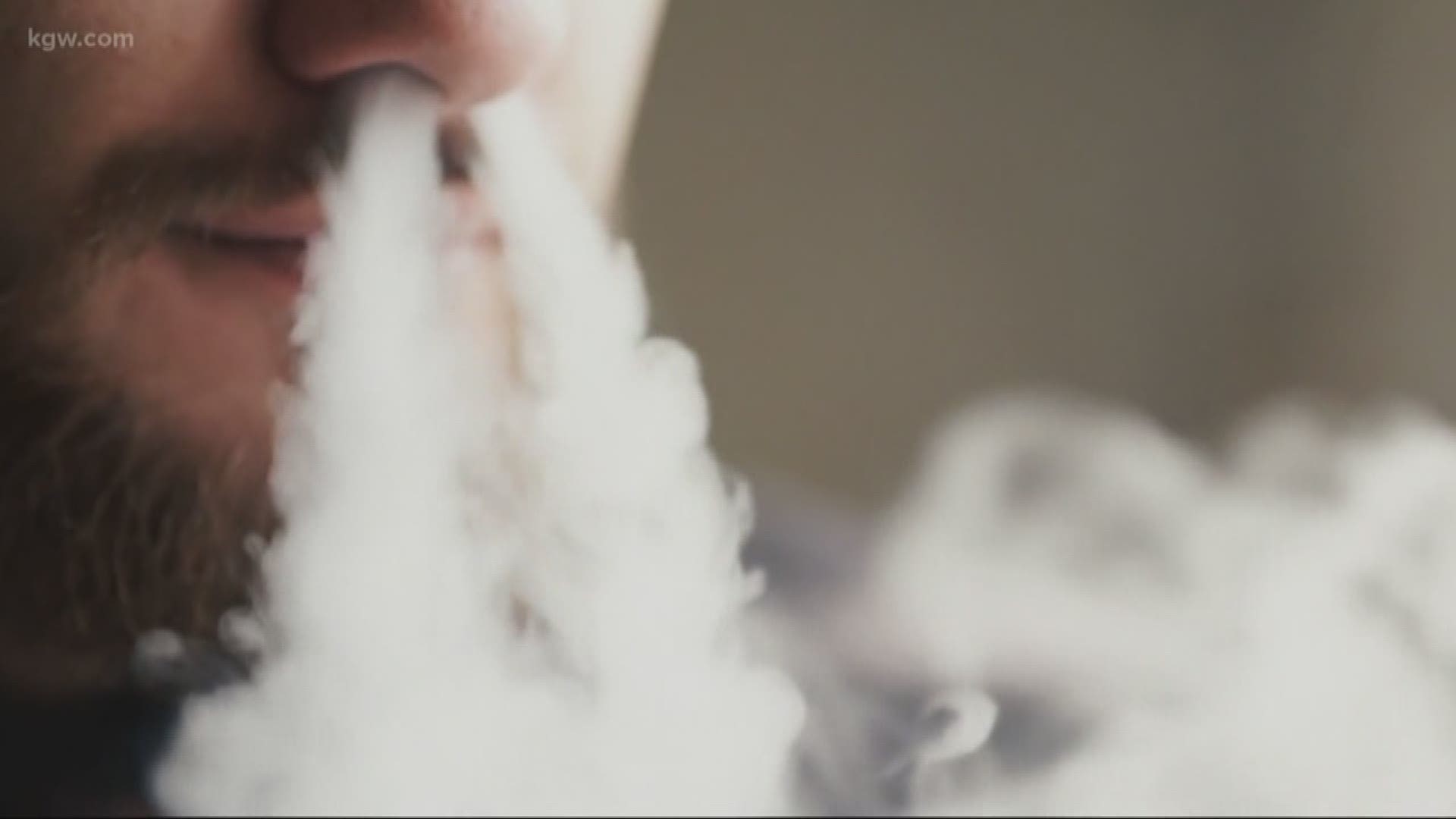 States from coast to coast are reporting an uptick in vaping-related sicknesses, mostly in teens and young adults.

Sixteen state health departments are reporting that cases have popped up in the last two months. So far there have been no cases in Oregon or Washington.

But the Oregon Health Authority (OHA) is urging doctors to watch out for signs of serious respiratory illness in people who report vaping or using e-cigarettes.

The CDC, FDA, and states are working together to find out exactly what is causing people to get so sick. They do know all reported cases are in people who have said they use e-cigarettes or similar devices.

Most of these people reported using products with THC.

Medical director of the Oregon Poison Center Dr. Rob Hendrickson says public health officials haven't pinpointed a pattern or cause, and it's unclear if all the cases were caused by the same thing.

CDC is working with states to try to pinpoint an ingredient, liquid, device or purchase method linking all of the cases.

“We don't know if it's specific products, we don't know if it's a specific chemical,” Dr. Hendrickson said, “What we do know is that there are a lot of cases in many many states and they're very severe reactions and people are being admitted to the ICU and put on ventilators."

Before being hospitalized, the CDC says people said they had trouble breathing, were short of breath, and/or had chest pain. Some were nauseous, throwing up, having diarrhea or being fatigued.

"This is really a new thing, it's a new illness where we're seeing these acute severe lung diseases that are requiring hospitalization in previously healthy people. That's not something that has really been seen in these kind of numbers until recently,” Oregon Health Authority Public Health Division Deputy Health Officer, Tom Jeanne, said.

Doctors say they know e-cigarettes and vaping are dangerous, but researchers are still studying health impacts. Doctors we spoke with say a lot of people - especially teens - think they're harmless or safe. While they contain fewer chemicals than cigarettes, inhaling anything into your lungs is risky, physicians say.

"The things that are in e-cigarette liquid are vaporized and you're inhaling them into your lungs. And there's a variety of different oils and different chemicals in there and then you're also heating chemicals and some may have a reaction. And so all these are possibilities to why these people are getting severe lung injuries,” Dr. Hendrickson said.

“Nicotine addiction is a big risk so that's what we are concerned about with youth. JUUL products - they may not even realize they're going to get hooked to nicotine from these products,” Dr. Jeanne added. "Now that we're seeing this kind of unknown illness that seems to be strongly linked to vaping, now, more than ever, is a good time to avoid vaping and quit if you are vaping."

KGW's sister station in Dallas, WFAA, reported on a teen who was hospitalized for 18 days due to lung failure contributed to excessive vaping.

The teen said he's been vaping for years, sometimes going through three vaping pods a week. He wanted to share what happened to him so that it doesn't happen to anyone else.

American Vaping Association, which "advocates for sensible regulation of vaping products" says there is evidence that black market THC products are responsible for the string of severe lung illness. The association's president, Gregory Conley, said in a statement:

“Several health departments are now linking street vapes containing THC or synthetic drugs to these illnesses. We remain confident that this is the case across the country. The CDC and FDA have a critical role to play in not just promptly investigating these incidents, but also ensuring that adult smokers know that nicotine vaping products remain a far safer alternative to smoking.”

Health officials encourage you to submit a report of any unexpected tobacco or e-cigarette-related health or product issues to the FDA. The Oregon Poison Center encourages you to call them at and your health care provider.

If you or someone you know wants to quit smoking or vaping, the OHA provided these resources:

RELATED: Man dies after vape pen explodes, severing an artery in his throat