Are you willing to give up your plastic straws? Movement is growing in Portland

A movement urging people to stop using plastic straws is growing in Portland. 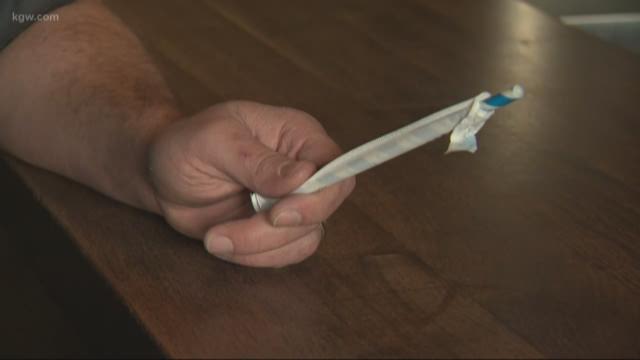 PORTLAND, Ore. - Would you be willing to give up your plastic straw?

The 'Ditch the Straw' movement is gaining steam in Portland. The goal is to lower the use of plastic straws in the city.

On Friday, coincidentally, it was national ‘Skip the Straw Day.’

A dozen or more restaurants and bars have already signed on with the ‘Ditch the Straw’ movement.

Over at Widmer Brothers Pub, staff said they decided to axe plastic straws in favor of paper ones after they figured out how many plastic straws people were using in one month.

“It was about 2,000 straws over the course of the month after we were tracking it. And then once we saw that amount of impact we could have we deiced to get rid of the straws altogether,” said Shane Johnson, the General Manager at Widmer Brothers Pub.

A number of establishments have decided to either completely stop offering plastic straws, not give one out unless a customer asks for one, or make the switch to recyclable or compostable straws.

People in Portland who we spoke with seemed to support the idea.

“I'm disgusted with all the plastic that's everywhere, that's ruining the planet,” said Michelle Clem, who lives in Northeast Portland.

“Anything they can do to replace plastic is great,” said John Armbrust, who also lives in Northeast.

The Portland chapter of the Surfrider Foundation is backing the effort. On its website, the organization says about 500 million plastic straws are discarded every day in the U.S. alone. Some have voiced skepticism of the high number.

“Plastics never break down and they’re really harmful to the environment,” said Phil Schlieder, with the Surfrider Foundation.

“Right now we have some really big names that [have] stepped up to the plate. We have Bamboo Sushi, Pok Pok, Spirit of 77, Tough Luck,” said Schlieder.

On the Surfrider website, a map shows where the restaurants are located. The list of establishments participating continues to grow.

On Thursday, Verde Cocina said on Instagram that its cafes would no longer be giving out plastic straws with its drinks.

The Surfrider Foundation was also responsible for spearheading the plastic bag ban in Portland.

On Saturday, March 3rd, the organization is planning a bar crawl on Southeast Division to promote its cause.

People supporting the movement are using hashtags on social media that include: #DitchTheStrawPDX, and #StopSucking.