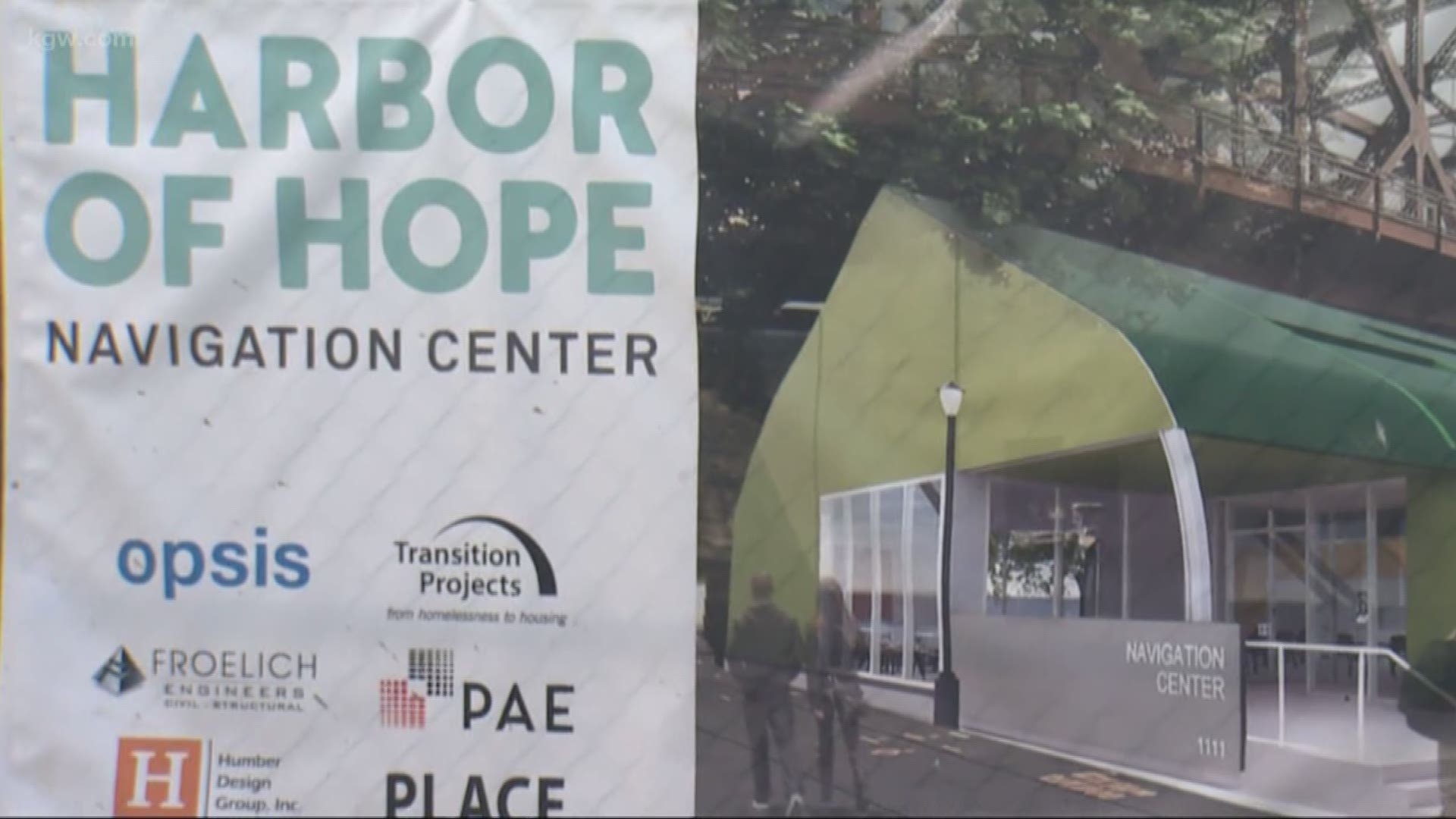 PORTLAND, Ore — People without a place to call home will soon have a new opportunity to get off the street and back on their feet.

The Oregon Harbor of Hope Navigation Center is set to start helping people later this week.

Harbor of Hope is housed in a green building on the west end of the Broadway Bridge in Portland's Pearl District.

When you walk into Harbor of Hope, it is spacious, with lots of room and natural light.

"We're intentionally designing dignified spaces for people to get connected to services and back into housing," said Portland Mayor Ted Wheeler.

The 9,700 square foot building has a laundry room, bathrooms, an area dedicated to medical appointments, a shower, and of course bunk beds with lockers. The idea is for Harbor of Hope to be a bridge for people moving from homelessness to permanent housing and a job.

Mayor Wheeler said people will be able to stay for weeks if necessary, so they can get back on their feet.

"We have in our own city, our own humanitarian crisis," said Homer Williams, real estate developer and founder of Oregon Harbor of Hope.

That's why the facility has more than just the basics. It's got wraparound services for people who need the extra help.

Transition Projects is an organization that helps the homeless find housing. It will run the facility.

"It will be a first of its kind in Portland in the way folks are invited in and the way we engage with individuals to help them along their journey," Devendorf said.

Harbor of Hope is a collaborative effort with public and private groups coming together.

In fact, Tim Boyle, CEO of Columbia Sportswear said he gave about $3 million toward the project.

"We live here. We have a business here. Our employees are here, and this was the right thing to do," Boyle said.

Denis Theriault with Multnomah County's Joint Office of Homeless Services said his office and the City of Portland will pay Transition Projects more than $1 million a year to operate the shelter, alongside its other shelter program.

"This is the first step in a very, very long journey," Williams said.

While the center plans to start accepting clients on Thursday, you won't see a line outside.

People won't be allowed to walk up and stay in the building. It'll be by reservation only through Transition Projects.