One worker died at the hospital, after being transported. The name of the victim was withheld pending family notification. 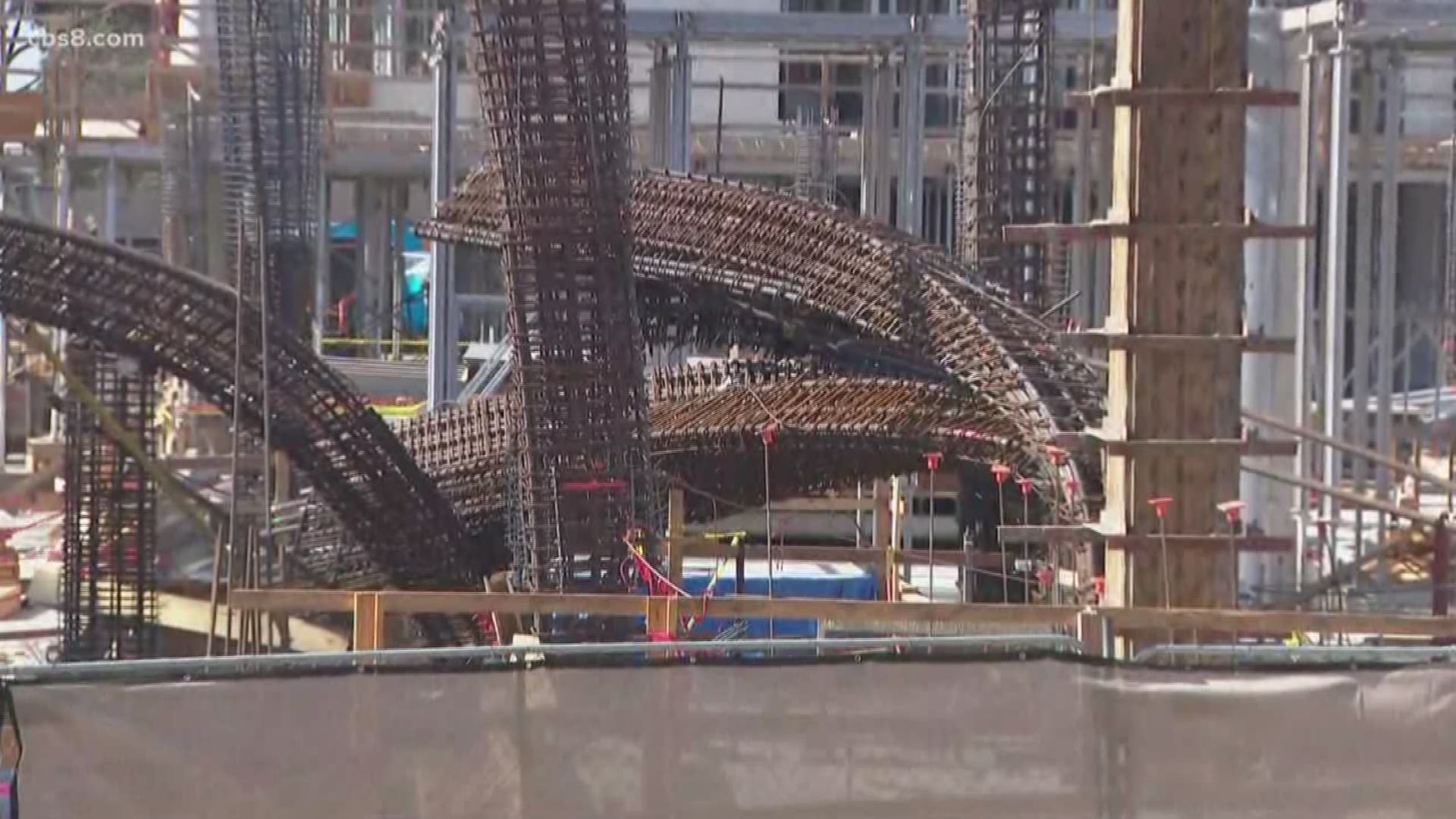 SAN DIEGO — Four laborers were injured Thursday, one fatally, in an accident at a construction site at UC San Diego.

Cal/OSHA reported that they were notified of the accident at the construction site, which included multistory high-rise structures. Four employees of Clark Construction were injured after an approximately 35-foot rebar wall collapsed.

32-year-old Sergio Cruz died at the hospital, after being transported.

"Earlier today there was an accident at the UC San Diego North Torrey Pines Living and Learning Neighborhood project jobsite. Emergency responders were immediately called to the scene. Four people were taken to the hospital for treatment; unfortunately, one of the individuals sustained severe injuries and did not survive," said Carlos Gonzales, Senior Vice President, Clark Construction Group, LLC. "We have started a full investigation and are cooperating with the proper authorities, including CalOSHA."

Cal/OSHA is investigating the incident, which happened at 8:22 a.m. at a construction project called the North Torrey Pines Living and Learning Neighborhood Project, which is located on the university’s campus.

Construction was paused for Thursday.

"We are incredibly saddened by the tragic accident that occurred today on the Clark Construction Group job site on the UC San Diego campus. Our deepest sympathies go out to the family, friends and co-workers of the person who lost their life and our hearts thoughts are with all those affected by this tragedy."