365 by Whole Foods Market to open in Lake Oswego

LAKE OSWEGO, Ore. – The first 365 by Whole Foods Market store in Oregon is set to open its doors Thursday. This type of store is the first of its kind in the state, and one of three opening across the country this year. 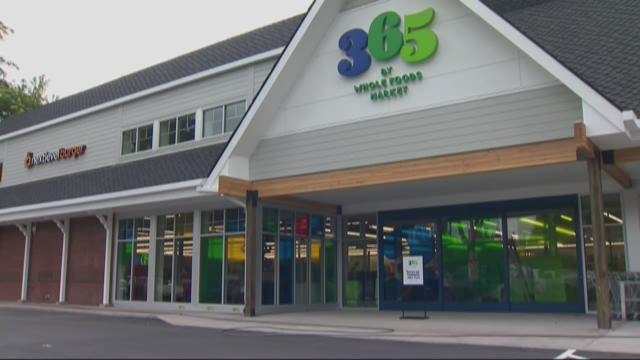 LAKE OSWEGO, Ore. – The first 365 by Whole Foods Market store in Oregon is set to open its doors Thursday. This type of store is the first of its kind in the state, and one of three opening across the country this year.

“We really had to extend ourselves to think different than the way we are used to doing things,” he said Tuesday.

The "365" stores are smaller, with fewer employees. The new one in Lake Oswego employs about 100 people, and is still hiring. Its Friends of Whole Foods program also partners with local businesses.

Two businesses now have locations inside the store. Canteen, a Portland-based juice bar, is one of them.

“They just basically approached me, out of the blue,” said Canteen owner Brian Heck. “Being able to serve food, and be responsible about it, you feel you are actually giving them something that’s going to benefit them, it feels really good, and being with 365, we’ll reach a lot more people and have a wider audience.”

Matt ge Gruyter is the founder and CEO of Next Level Burger, a plant-based burger joint that first opened in Bend, then in Portland. His business can also be found inside the new store.

“Officially our logo, our model, is ‘Love your buns’, which my 9 year old still smiles at. Unofficially it’s ‘Feed the people.’ Our goal is to feed as many people as much awesome food as possible. That’s what 365 is doing, too.”

The grand opening for 365 by Whole Foods Market in Lake Oswego is Thursday at 9 a.m., at 11 S. State St., the former site of an Albertsons store. The store will then be open daily from 8 a.m. until 10 p.m.

Another 365 will open in Bellevue, Washington this year. More stores are set to open next year.

“We are really encouraged by our start. This store will teach us even more and if we get off to a great start we are really excited about the Portland market,” said Turnas.