Transportation in 2030: Flying cars maybe, but mainstream electric and shared ones for sure, some possibly self-driving

A car in 2020 spends 95% of its time doing nothing. That will change in the next decade says Oregon futurist Steve Brown. 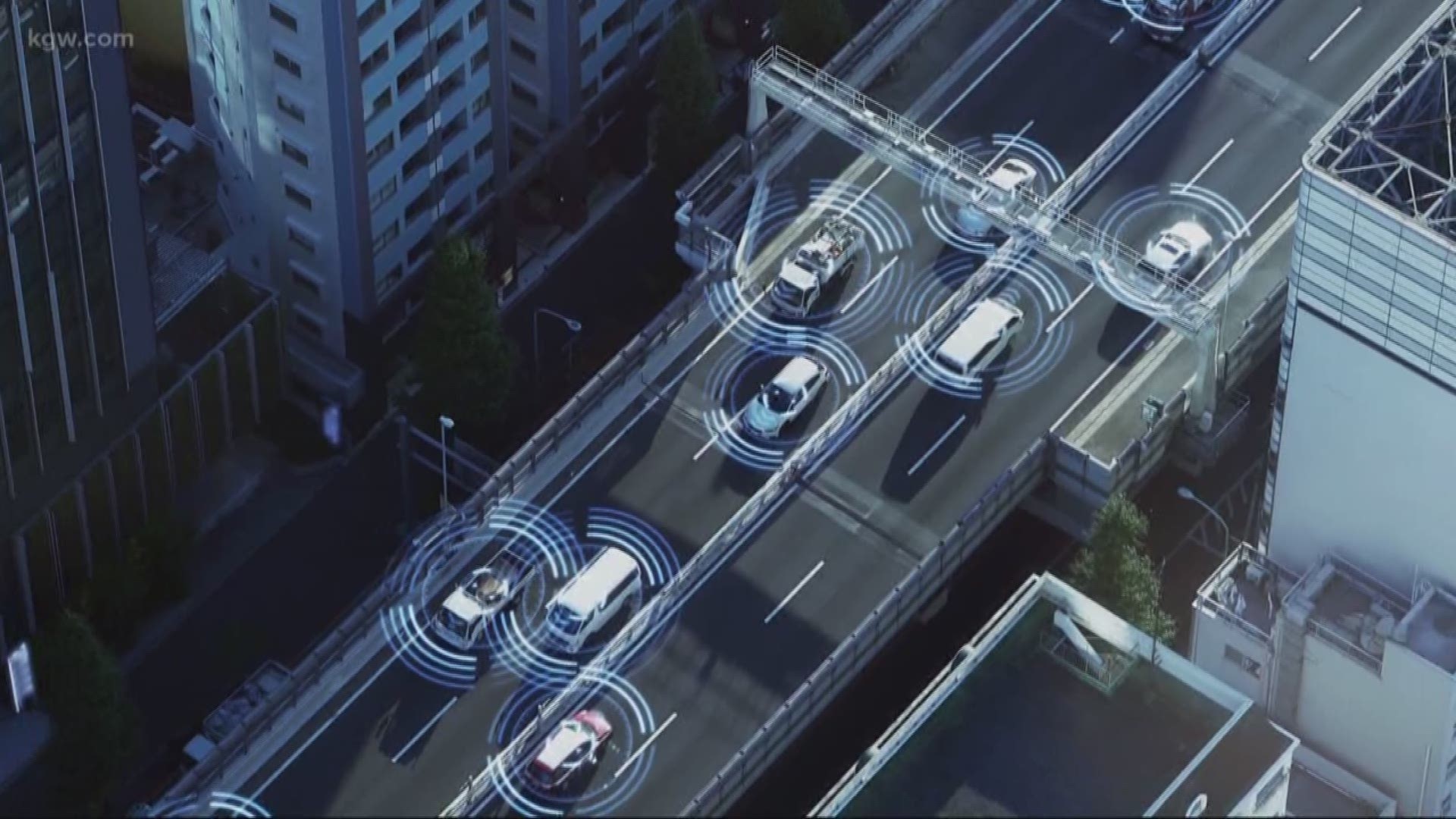 PORTLAND, Oregon — Could you give up driving? Let a computer do it for you? Would you even want to?

It’s a good question (I posted on social media: twitter & Facebook ) and it’s one you might be asking yourself sooner than you think. Meanwhile, the electric infrastructure needed to power that future is already being installed.

We caught up with futurist Steve Brown who says, "the future of transportation is going to become autonomous and operate in three dimensions. So it's going to go under the ground and fly in the air as well as operating on the traditional road network."

Forget about your images of the Jetsons and flying cars. Much more realistic Brown says, will be scaled up drones that could transport a dozen or so people from Gresham to Hillsboro in twenty five minutes.

"I'm tracking over a hundred companies that are vying to be the flying car companies of the future... so this is a serious space." Companies like Uber, Boeing, Volvo, & Toyota among others are testing this technology.

RELATED: Uber flying taxis get a boost from Army, NASA

They already undergoing vigorous testing and by the way the Oregon Department of Transportation  has an autonomous vehicle task force considering what changes might need to occur on our existing roads to allow for widespread use -- things like setting standards for road striping and LED signs that all vehicles can actually process.

These are "unusual things you might see on the road  that humans can instinctively adapt to or reason their way through but what you have to specifically program a computer to respond to," she says, "and there are just so many possible edges cases even if they’re very unlikely, that solving that problem is difficult."

It's reasonable to think that the industry, and the federal government will work through those safety issues soon,  but we're not there just yet.

RELATED: Will driverless cars lead to more sex on the road?

While state and federal tax credits have supported that past growth, car makers are constantly improving power, range, and the upfront cost of owning an electric vehicle.

Mary Brazell, a policy advisory for ODOT says, “ometime in the next three to five years, there will be a crossover, where electric vehicles, certainly on the total cost of ownership, if not also the upfront costs, will be comparable to an internal combustion vehicle."

That tipping point could be a game changer when it comes to the state of Oregon reaching greenhouse gas emissions goals.

That move means you will be seeing more fast charging stations popping up for that coming tidal wave of EVs.

Almost a decade ago, Washington, Oregon, and California installed DC fast charging stations along the West Coast Electric Highway - 44  of them just along I-5.

Now there are several private companies doing the same across other parts of Oregon and nationwide.  Here's a useful locator to some of those charging stations.

Electric is the first step. Then consider shared, autonomous cars.

He says, "typically a car spends 95% of it’s time doing nothing, parked, with the engine off, so to be able to use these things much more is much more efficient and reduces cost. I’ve seen some estimates that say going from a car that you drive yourself, to an electric car that is autonomous could cut that cost to one tenth of what your spending today"

This seems to follow the trend. Technology, at the beginning is expensive, and then suddenly, it's not. Anything is possible.