From beef to wheat, the tariffs in China are losing Oregon farmers money. 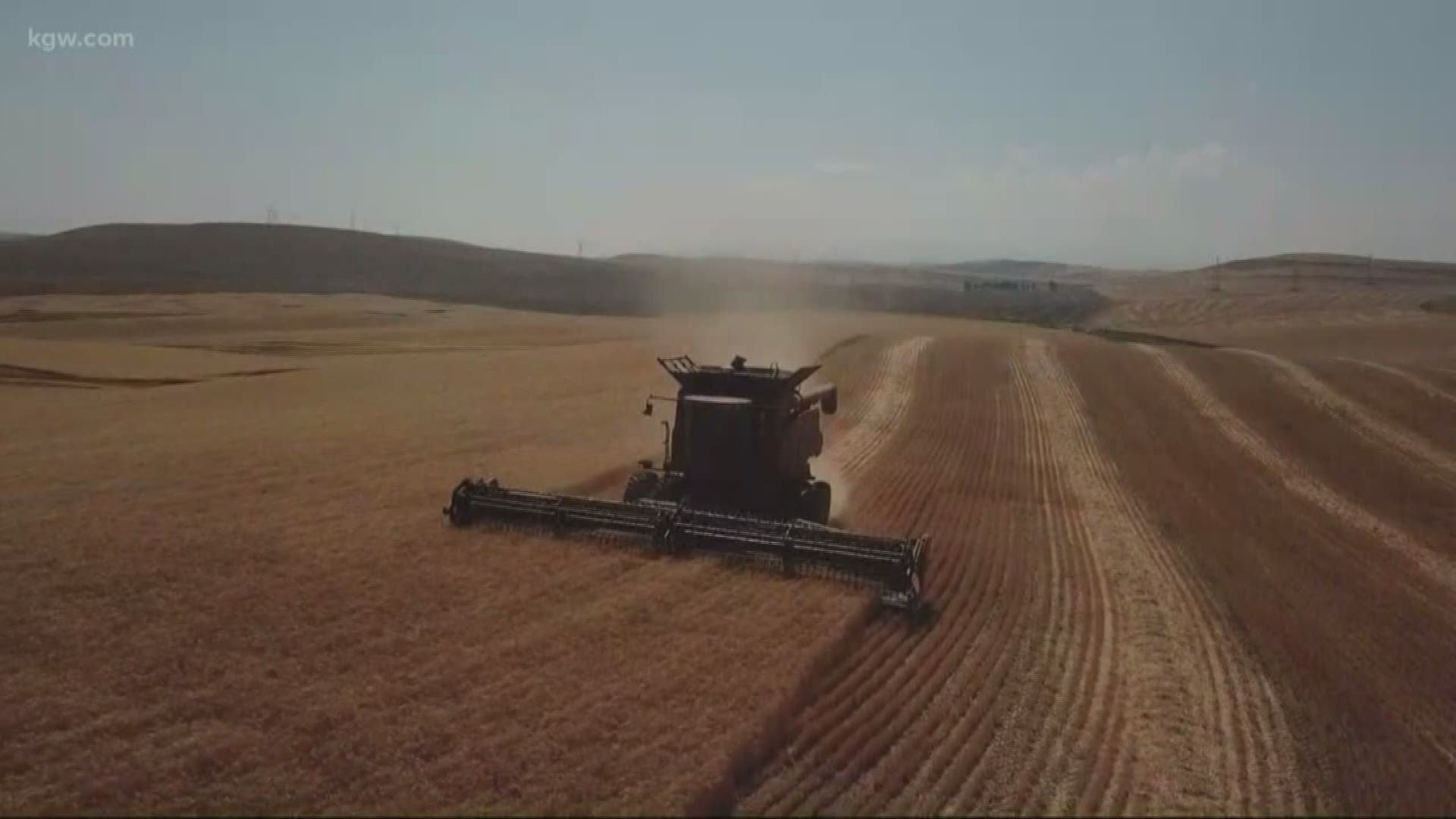 Sales of U.S. beef and wheat to China have all but halted. The trade conflicts impact Oregon agricultural producers more than other states because about 40 percent of Oregon’s agricultural exports head abroad, compared to 20 percent for the rest of the U.S., Oregon Department of Agriculture Director Alexis Taylor told lawmakers.

Some relief came Wednesday, when the U.S. and Japan signed a limited trade deal that will lower or eliminate tariffs and expand market access on farm and other products.

President Donald Trump’s pullout from the 12-nation Trans-Pacific Partnership in 2017 had created a 10% percent tariff disadvantage in Japan for American wheat compared to other suppliers like Canada and Australia, Blake Rowe, CEO of the Oregon Wheat Commission and the Oregon Wheat Growers League, told legislators. Oregon wheat producers had taken the setback personally because Oregon growers established relations with Japan in 1949 and opened a Tokyo wheat office in 1956, Rowe said.

“Japan is a top market for Oregon wheat, and represents great opportunities to grow markets for beef, blueberries, potatoes, and wine among other Oregon products,” Walden said.

Oregon is not alone in feeling the pinch. Ports in California saw a 30 percent decrease in exports to China in 2018, including a 97% decline in soybean exports, the directors of the West Coast’s main ports told Trump on Monday. They warned of “irredeemable economic harm” from the trade conflict.

Low global wheat prices of about $5 per bushel have prompted Oregon wheat farmer Tim Hawkins to carefully maintain his three aging combines instead of replacing them at a cost of $500,000 each.

“That’s something that you really have to analyze: what you’ve got as to what you would like to have,” said Hawkins, whose farm is in northeastern Oregon near Pendleton. He believes other market forces, such as global supply, are more behind depressed prices than the trade wars.

But Rowe told lawmakers that the trade wars have resulted in slower wheat sales, increased inventory and lower wheat prices.

Back on his cattle ranch, Rosa said that waiting for promised benefits from America’s international trade renegotiations is “like being at the bottom of a pool holding your breath and hoping that you’re going to be able to go up and get a breath of air.”

“We’ve gone from what was a very good time in our industry, to the last three years that have been extremely painful, not only for beef but also for dairy and also for many other crops,” Rosa said.

Rosa told the Oregon House Interim Committee On Agriculture and Land Use that China’s markets for beef opened in 2017 and that the country represents “a huge potential with a rising middle class, and an increasing beef demand.” U.S. beef exports to China amounted to $30 million in 2017, and doubled to $60 million in 2018, Rosa said.

“Now we’re back down to zero,” Rosa said.

Rosa voted for Trump in 2016, and is reassessing his support for the 2020 election.

“There is a bigger picture than just the wheat farmer going on: It’s about intellectual property and there’s a lot of other things,” said Padget, who traveled to New York this week to watch Trump and Japanese Prime Minister Shinzo Abe sign the bilateral deal.

Also at risk are Oregon hazelnuts, growers say. The state produces 99% of the hazelnuts grown in the United States and China has been Oregon’s largest hazelnut market for 13 of the last 15 years, said Michael Severeid, who manages a hazelnut farm and is a vice president with Willamette Hazelnut Growers in Newberg, near Portland.

China’s tariffs on hazelnuts soared to 65%, Taylor said. That hasn’t slowed purchases but hazelnut growers fear that could happen and that Chinese buyers could turn to Turkish hazelnuts. Hazelnuts in Nutella, the popular hazelnut/cocoa sandwich spread, come from Turkey and Italy.

Oregon’s sweet cherry exports have also suffered because China has insisted on more inspections and paperwork -- reducing shelf life -- and imposed retaliatory tariffs of 60%, up from 10%, Taylor told the House committee.

“In order to have a strong agricultural economy, we have to have strong export markets,” she said. 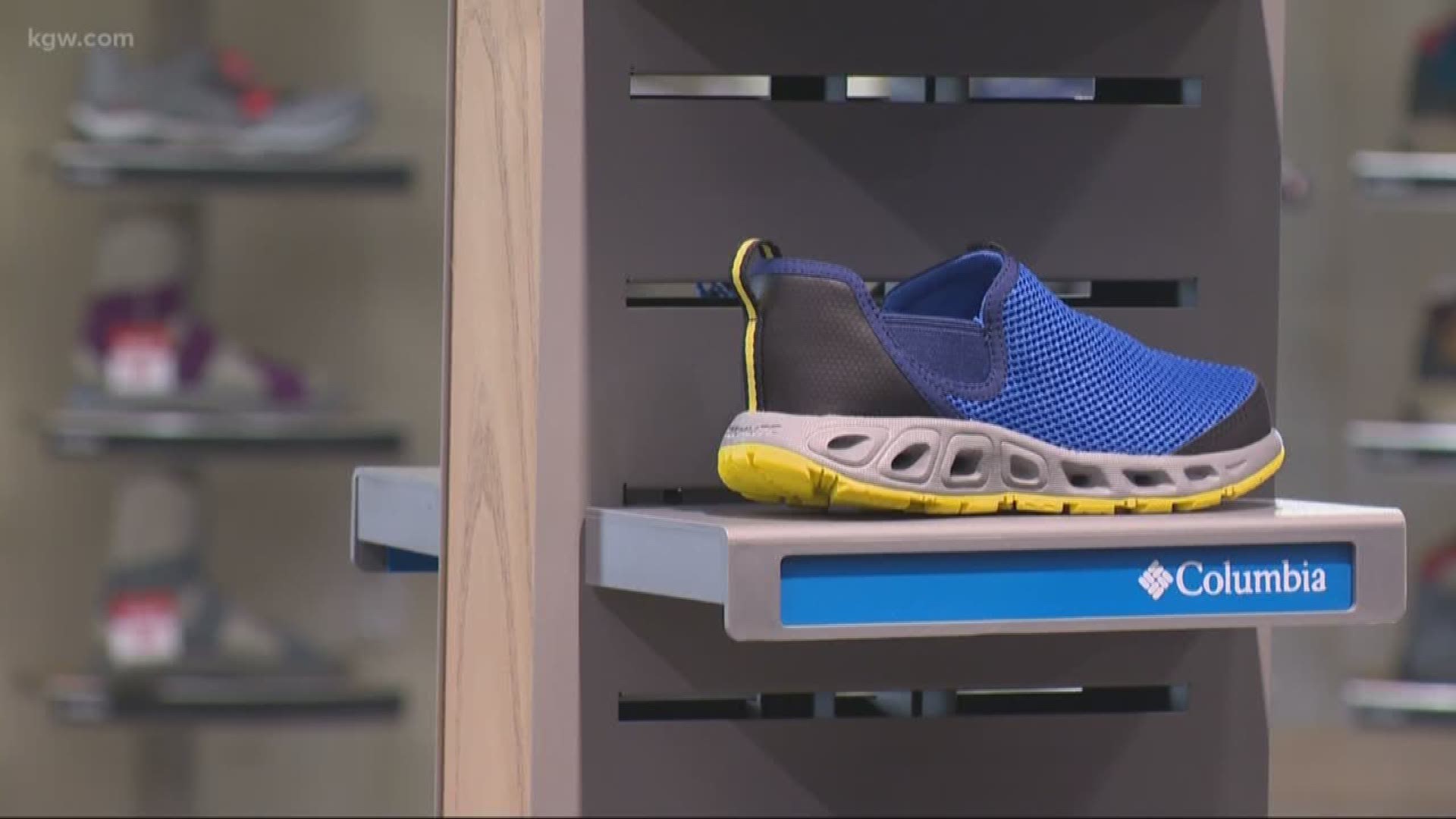