For those eligible for the $600 FPUC payment or the $300 LWA payments, they will still receive those payments along with their waiting week check. 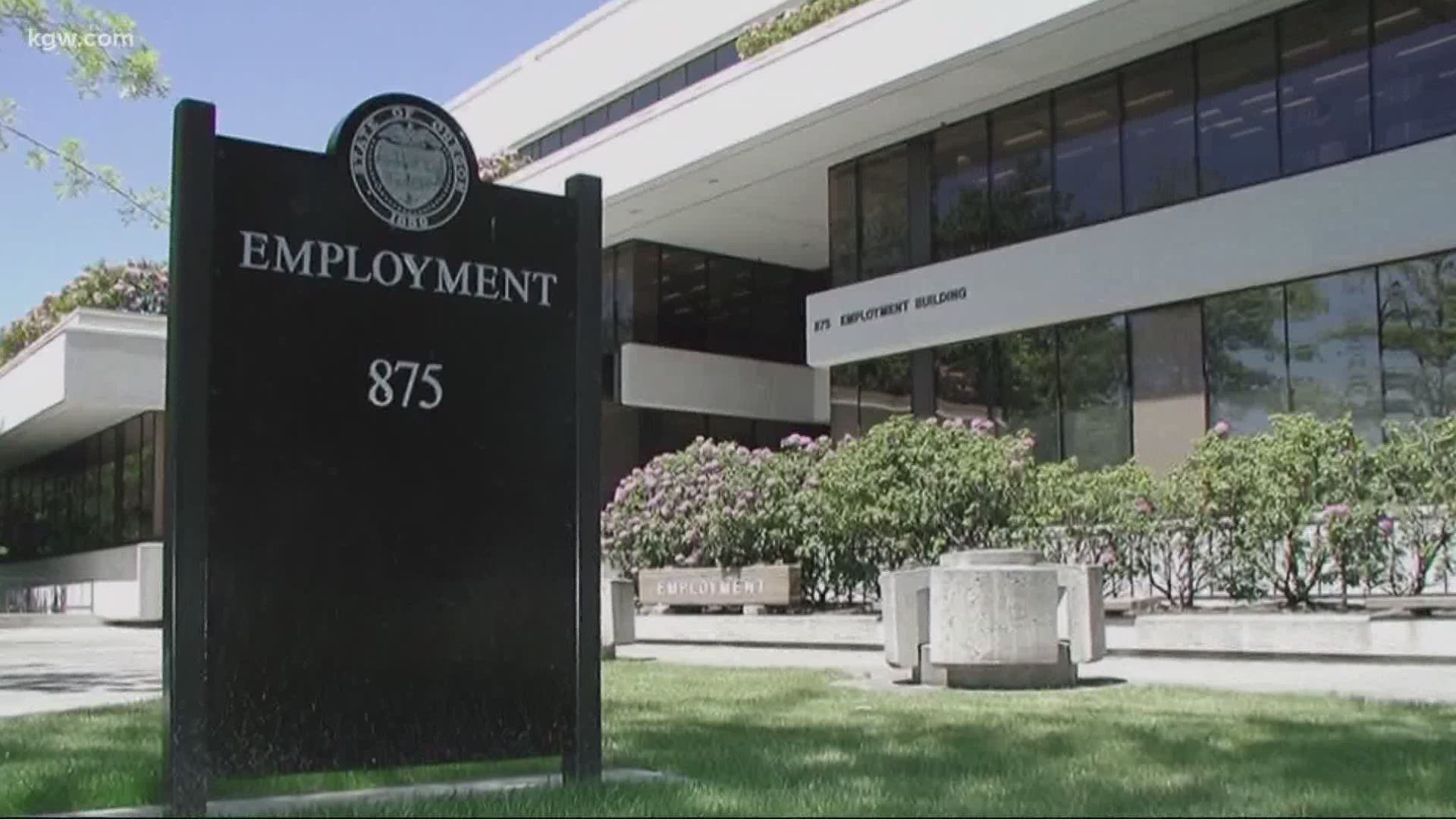 PORTLAND, Ore. — Eight months after the state first went into lockdown, sending thousands into unemployment, there's good news that might come in time for the holidays.

"We are now pretty confident that we'll be able to begin making those payments to people for the waiting week before Thanksgiving," Oregon Employment Department Acting Director David Gerstenfeld said during a weekly briefing with reporters on Wednesday.

For those eligible for the $600 FPUC payment or the $300 LWA payments, they will still receive those payments along with their waiting week check.

The state has already paid out $5.6 billion dollars in unemployment benefits.

Gerstenfeld said he anticipates another 51,000 people will file for unemployment due to the statewide freeze.

The state says they expect 51,000 new or restarted claims due to the statewide freeze

"So somebody who's filing a new claim now or restarting a claim is not going to the back of the line behind people who's claims are in adjudication," Gerstenfeld said.

He said the adjudication is a different body of work and involves a different set of employees dedicated to those claims.

October saw the unemployment rate drop to 6.9%, down from 7.9% in September. The rate keeps on track with national numbers. The state said 46% of the jobs lost during March and April have been recovered.

Gerstenfeld said the lasting impact of the statewide freeze should be short-lived if the freeze is the short-lived. He said it's difficult to predict the impact.

Senior economist Bob Whelan at ECONorthwest agreed with Gerstenfeld. He added that if history is any indication, Oregon will bounce back. Following the 1918-19 Spanish Flu pandemic, Oregon recovered faster than other states.

"In Oregon, because people were more willing to social distance and wear a mask, the economy in Oregon that followed was very, very strong. We outperformed the rest of America," Whalen said. "What followed of course was the roaring 20s, the period of creativity, of people going out and socializing in large numbers. That is going to happen here too, but we got to get through the next six months."

Gerstenfeld said the employment department is better suited to handle the influx of new claims this time around. He said they've added more staff and given them better training. The department has added two new call centers and will bring in the National Guard to help at the end of the month.