These trikes are changing the game when it comes to delivery. They can deliver large loads with ease and no emissions. 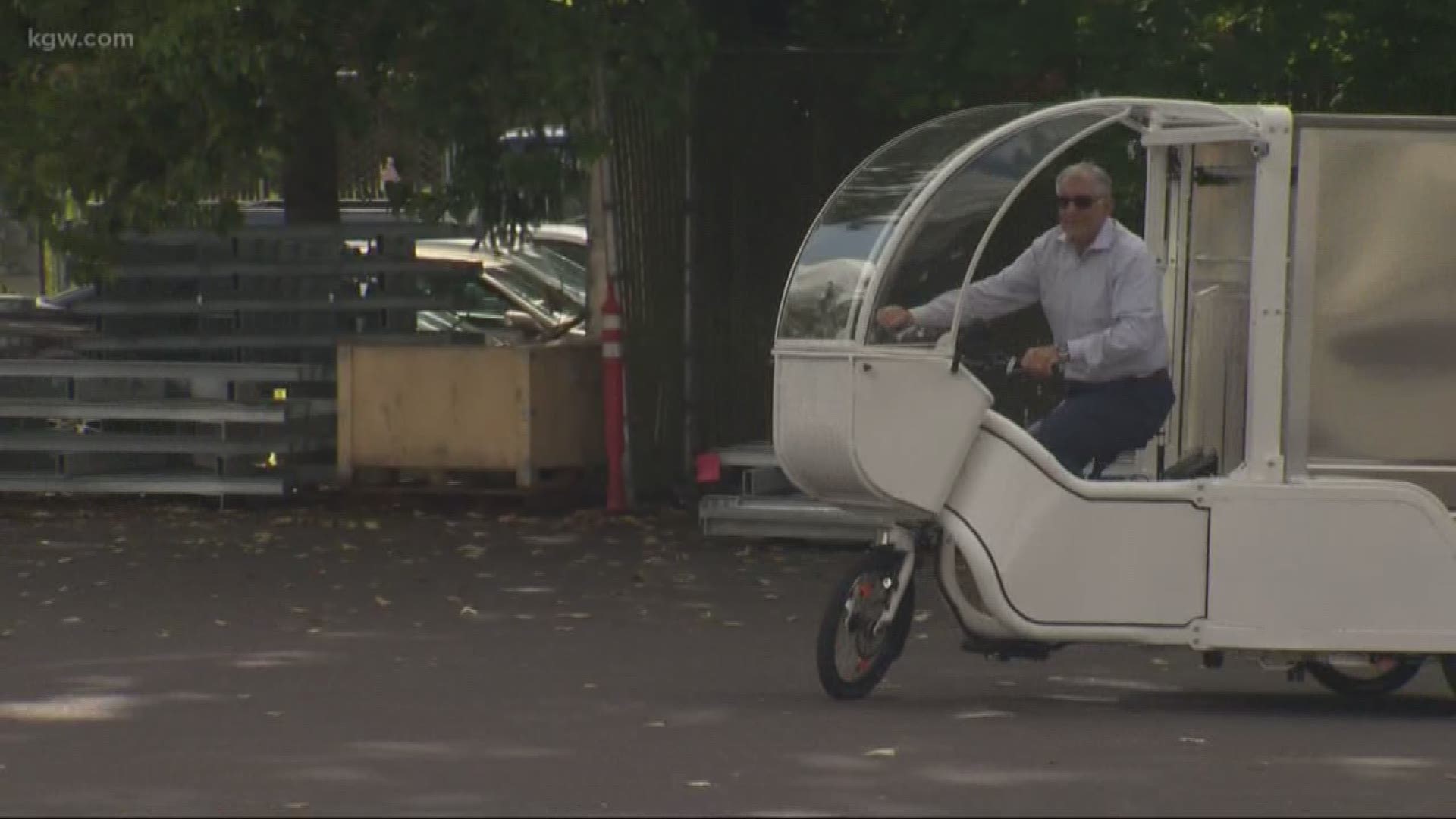 PORTLAND, Ore. — A Portland company is shaking up the pedal-powered delivery scene and they're doing it with an electric cargo tricycle!

It's a tricycle that can haul up to 400 pounds but doesn't have to deal with car traffic.

The trikes are engineered by German company Rytle and are being assembled at the Silver Eagle Manufacturing plant in Northeast Portland.

It's called a cargo MovR.

And it's a bit of a first for the company.

It's been making parts for commercial trucks and military trailers for decades, but this past February it started assembling what it calls the state-of-the-art electric trikes.

At first glance, the trikes may look a bit more like small trucks.

But look closely, you'll see the three wheels and of course the pedals.

"This is a very high-quality product like the Mercedes Benz of delivery bikes," said manufacturing engineer Ben Bolliger.

For example, the cargo box on the back can be loaded and unloaded with just a little cranking.

But it's where these vehicles can go that makes them so useful.

They can deliver some pretty big loads without having to deal with all that urban traffic.

"The total width is just under the max-width for a modern bike lane in all metro areas," said Bolliger.

And then there's the added bonus of zero emissions.

"There's less maintenance, there's no engine no fuel, no oil changes, no cooling systems, no belts, no exhaust, nothing," he said.

The MovRs are already being used in Canada and California.

UPS is testing them out right now in both Seattle and Texas.