Mayor Wheeler's proposed budget provided clarity on the future of Parks and Recreation operations, gave the official go-ahead to the idea of street response teams and greenlighted 4.5% rate hikes to the water bill for average single family homes. 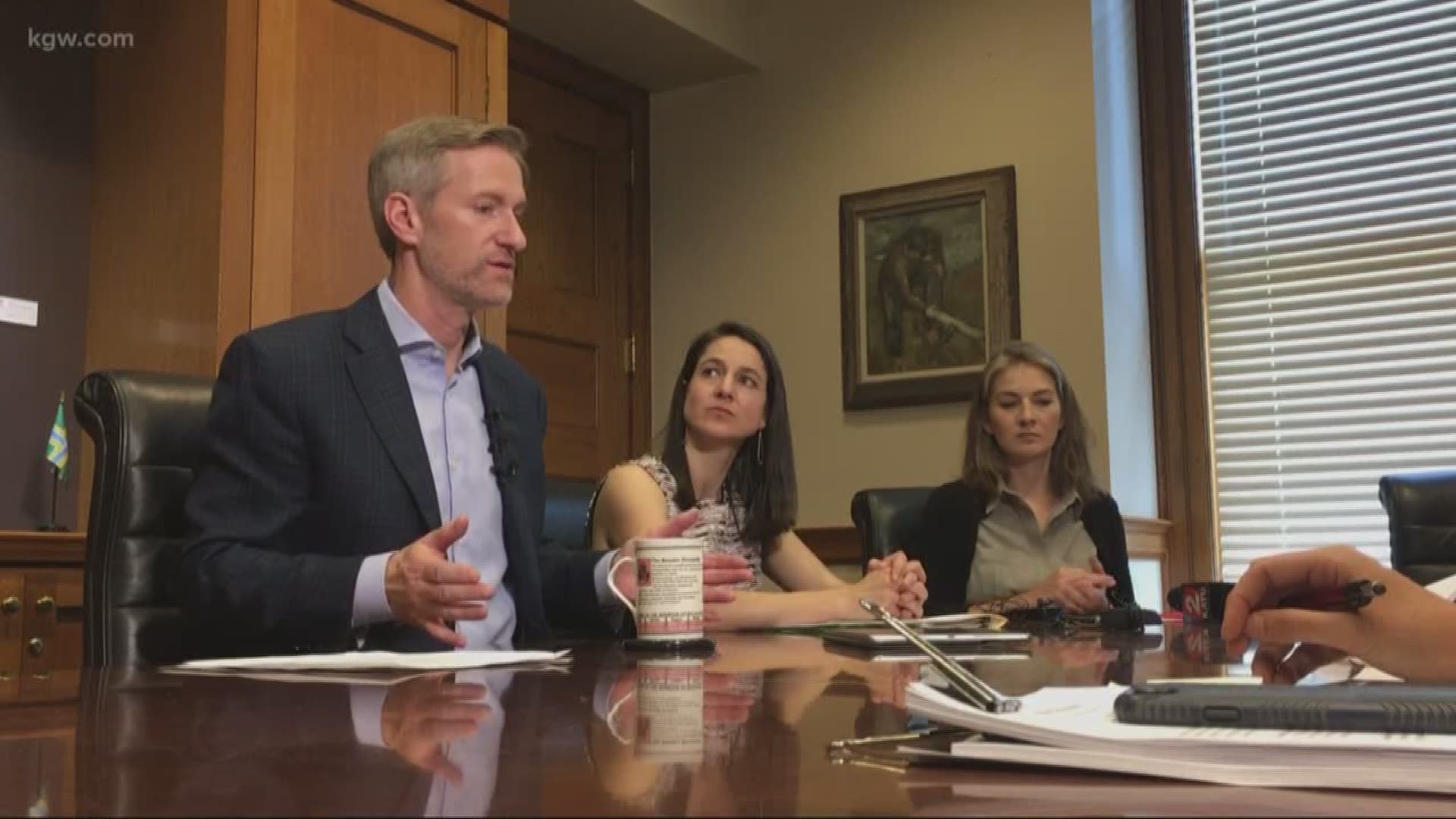 PORTLAND, Ore. — Portland Mayor Ted Wheeler released his budget proposal for the 2019-2020 fiscal year on Wednesday, which provided clarity on the future of Parks and Recreation operations, gave the official go-ahead to the idea of street response teams and greenlighted 4.5% rate hikes to the water bill for average single family homes.

The Bureau’s full proposed budget is $227.1 million, with just over $2.5 million set aside in one-time general fund discretionary resources.

The purpose of those resources: to keep parks and recreation programs, slated for closures and cuts, up and running through the summer.

The bureau faces a $6.3 million deficit, and earlier this year staff put programs and facilities on the chopping block, including the Columbia Pool and summer programs at several local community centers.

Under the mayor’s draft, the summer programs would be maintained through this fall, and the Columbia Pool would stay open until June 2020.

The bureau’s proposed cuts also included dozens of possible layoffs. On Wednesday the mayor’s staff said some of those positions are already vacant, and some employees will be moved to other positions.

“We don't actually have a firm sense of if there will be layoffs as a result of the budget, but what we do know is that the Bureau of Human Resources director is engaged in this effort and is proactively working to make sure anyone who receives a layoff notice will be given the opportunity or the first opportunity at other available jobs that are coming online,” said Kinard.

Regarding street response teams, an idea popularized by Portland-based Street Roots earlier this year, the mayor set aside $500,000. Wheeler pointed out the program hasn’t been formed yet and details still have to be hammered out.

Street Roots’ editorial team advocated for a program based loosely on one in Eugene, called CAHOOTS, which sends teams of EMTs and crisis counselors to calls involving mental health and addiction concerns.

Currently, the mayor said, those calls are overwhelmingly handled by the Portland Police Bureau.

The mayor said Commissioner Jo Ann Hardesty, who currently oversees the Bureau of Emergency Communications, will be instrumental in developing a program to fit Portland’s needs.

In the meantime, his staff pointed out Commissioner Amanda Fritz will be working to give Portland families easier access to assistance programs provided by the Water Bureau.

That’s because, under his proposed budget, rates for the average single family home would go up roughly 4.5%.

“I know that the bureau is interested, particularly under the leadership of Commissioner Fritz, to investigate how accessible [those programs] are,” said Kinard.

Assistance programs are listed below: