How the GOP's Dodd-Frank Act overhaul could impact you

The overhaul is designed to loosen oversight of all but the largest banks in the U.S., freeing community and regional banks from tightened regulations they had long complained were overly oppressive. 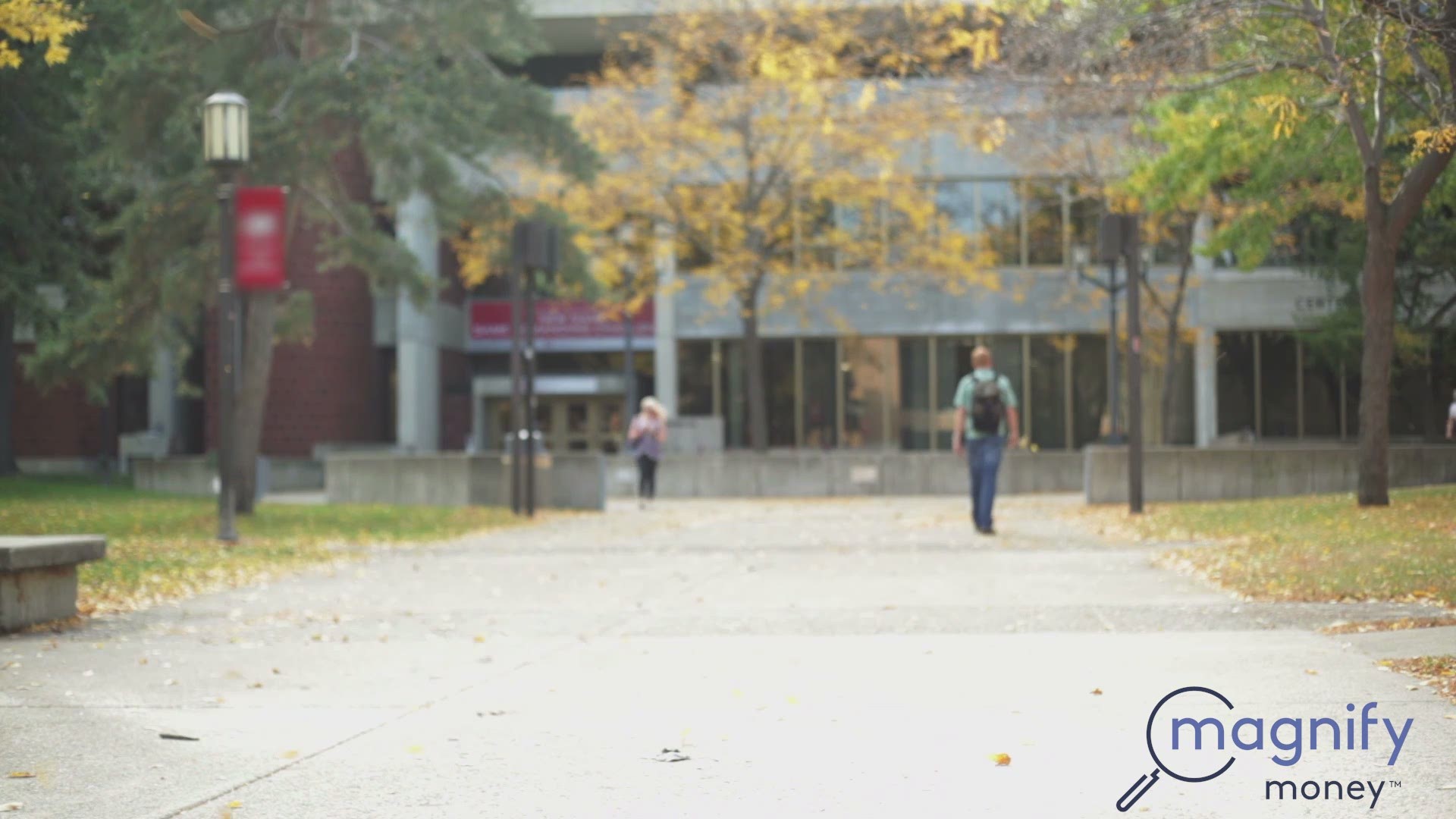 On March 14, the Senate voted 67 to 31 to overhaul the Dodd-Frank Wall Street Reform and Consumer Protection Act of 2010 in a bipartisan effort to loosen several financial regulations put in place in the wake of the financial crisis. It will now move to the House.

One of the most hotly contested components of the bill is its aim to loosen oversight of all but the largest banks in the U.S., freeing community and regional banks from tightened regulations they had long complained were overly oppressive.

There were some new amendments added to the rule that were aimed at consumer protection, such as preventing lenders from putting student loans into default after a borrower dies or declares bankruptcy.

The Congressional Budget Office released a report ahead of the Senate's vote, warning that the bill's amendments could increase the likelihood of another financial crisis.

If it passes, this piece of legislation would be the most significant rollback of financial reform since the financial crisis, according to Joe Valenti, director of Consumer Finance at the Center for American Progress, an independent, nonpartisan policy institute based in Washington, D.C.

The bill has bipartisan support and surprisingly does not contain any mention of scaling back the Consumer Financial Protection Bureau. The CFPB was a centerpiece of the Dodd-Frank bill, and it was given wide reign to regulate and monitor the financial services industry. But that doesn't mean the CFPB is safe.

As the GOP works to reduce the scope of Dodd-Frank regulations in Congress, Mick Mulvaney, the acting director of CFPB, is doing his part to scale back the agency through other means. Most recently, he announced a review of the "usefulness" of the agency's consumer complaint gathering and reporting, which includes a consumer complaint database available to the public.

What could these deregulation efforts mean for consumers? We reached out to experts to find out what consumers really need to be concerned about. Those who would be hit the hardest are the country's most financially vulnerable homeowners and homebuyers - the lower-income families, the minorities and rural Americans, experts say.

What the Dodd-Frank overhaul mean for consumers

In wake of the financial crisis, many banks required taxpayer funds to help bail them out and avoid total collapse. To avoid this in the future, legislators made sure the Dodd-Frank Act included increased oversight over banks' finances. In order to determine which banks were considered "too big to fail" and needed to be included in this enhanced oversight, the government decided to judge based on assets. Any bank with assets over $50 billion was included, which smaller banks have long argued was unfair and saddled them with much more administrative hassle (i.e. lots and lots of paperwork).

The newest version of the bill intends to ease those oversight requirements by increasing the enhanced oversight threshold to $250 billion from $50 billion. This means that 25 of the biggest 38 U.S. banks - which together hold about one-sixth of the assets in the entire financial sector - wouldn't be subjected to stricter rules, Valenti explained.

This part of the legislation wouldn't affect consumers immediately, but in the long run, its impact could be far-reaching. Dodd-Frank introduced strict regulations after the financial crisis to prevent future bank failures and bailouts. With the absence of regulation, it's possible that banks could fail, particularly in an economic downturn, Valenti said. And in that case, the government could decide to use taxpayer funds once again to bail them out.

The 2008 financial crisis was a case in point.

"In every state, in 2009 and 2016, the magnitude of the crisis was so severe that people may not have felt the bank failures directly, but they felt their own financial situations deteriorate in unemployment and in bankruptcies, and people not being able to keep up with their mortgages and their credit cards," Valenti said.

Homeowners may be vulnerable

Some other pieces of the legislation that deal with existing mortgage rules, however, are sure to have a more direct impact on homeowners.

The new bill expands an exemption that allows mortgage lenders to avoid escrowing taxes and insurances on some high-cost mortgages. The escrow requirements forced lenders issuing loans for jumbo mortgages to set up escrow accounts in which future payments for property taxes and insurance could be kept. Basically, homeowners had to be able to make those payments upfront. The rule was enacted to make sure that homebuyers could afford their loans and additional costs.

The consequences of the requirements going away could be severe.

"Potential homebuyers may not know exactly what they are getting into price-wise once you factor in taxes and insurance," Valenti said. "And once they are in a home, without an escrow, people may find it difficult to come up with the money for a property tax bill or for homeowners insurance."

In extreme cases, a homeowner could potentially lose his/her house or have to deal with forced placed insurance, which means the lender picks the homeowners insurance policy for the homeowner, which can typically be expensive and not very helpful to the buyer, Valenti said.

Trailer homeowners would suffer even more

Another rollback of rules is likely to hit lower-income Americans living in manufactured homes, more commonly known as trailers.

As it stands, the Dodd-Frank Act prevents manufactured home companies from steering borrowers to their prefered lender. The new bill removes that requirement.

Alys Cohen, staff attorney at the National Consumer Law Center, explained that manufactured homeowners are some of the most vulnerable homeowners in this country because trailers are much cheaper than regularly built homes, but they may not necessarily provide the homeowner the same value.

"[The bill] makes it more likely that people with manufactured homes get much more expensive loans get than the ones they need to get," Cohen said.

Dodd-Frank requires banks to collect personal and financial information about the people they approve for loans, such as age, credit score and the race or ethnicity of the borrower, in greater detail than before. And this requirement was installed to monitor possible race-based discrimination in housing lending, experts say.

Before Dodd-Frank, experts say that evidence had shown that borrowers of color who had similar credit scores to white borrowers faced higher-cost mortgages or were targeted for inferior products. In some cases, minority homebuyers would not be able get a home in certain neighborhoods, Cohen added.

Valenti provided an example of how expanded the data is required by Dodd-Frank: "Instead of having a borrower just labeled as Asian Americans/Pacific Islander, you would have a field for Chinese or Vietnamese or Thai or what have you, which is is something I know that the Asian Americans/Pacific Islander community has really fought for over the years." The same is true for other minority groups.

Valenti said that the specific data points are critical because policymakers, researchers and advocates rely on them to measure discrimination in housing finance.

Under the new bill, the expanded information would be no longer required for about 85% of banks and credit unions that make mortgages, experts say.

"If you carve 85% of the banks out of that requirement, there's no way to insure that most banks in the country are making loans that aren't discriminatory," Cohen said.

Rural Americans' home value may not be accurate

Another provision in the bill would potentially hurt homeowners in rural areas, where no home appraisal would be required at all if the loan is below $400,000 in home value. An appraisal can be a crucial component of the lending process, because it prevents homeowners from borrowing more money than their home is actually worth. If the appraised value of a property is lower than the buyer's purchase price, banks will typically refuse to lend the homebuyer more money.

When there's no uniform rule on how to decide how much someone's home is worth before they take out a loan, the less likely the home value in rural communities would be accurate, Cohen said.

"The reason that matters is when you are taking out a loan, you want to make sure you are not borrowing more than your house is worth," Cohen said. "If you borrow more than your home is worth, than you can't cover the loan by selling the house."

In this case, even if you sell the house, you still owe the bank extra money, Cohen explained.

"It also means that if you only think you are borrowing, for example, 80% of the home value and you are really borrowing 105% or 110%," Cohen said. "Then you don't have any more equity in the house to borrow against later if you need something in an emergency."

The possible consequences of weakening the CFPB

On the CFPB front, the picture isn't rosy, either.

The CFPB is a federal government agency responsible for establishing consumer protection regulations and regulating key parts of the financial sector, such as the mortgage and debt collection industries.

The agency had zealously targeted bad actors in the financial industry since its creation, reclaiming nearly $12 billion for more than 29 million consumers. Its latest high-profile actions included fining Wells Fargo in the unauthorized accounts scandal and creating new rules around payday lending. It has also rolled out new regulations in the mortgage, credit card, debt collection and prepaid card sectors.

The Trump administration and Republicans have long sought to curtail the CFPB's power as part of a broader effort to lighten federal regulation over financial institutions.

The CFPB recently called for public input on the usefulness of its consumer reporting system.

It was the sixth and last in a series of Requests for Information, as part of acting director Mick Mulvaney's call for public comment on its enforcement, supervisory, rule-making, market monitoring and education activities that he issued back in January.

"This request for information on the 'usefulness of complaint reporting' is cover for Mick Mulvaney to build up a bunk case for why consumers' voices should be silenced," Melissa Stegman, senior policy counsel at the Center for Responsible Lending, told MagnifyMoney. "He is even hampering the agency from pursuing justice for the victims of Wells Fargo's misconduct."

The CFPB's Consumer Complaint Database is a public platform that stores more than 1 million complaints about financial products and services since 2011. The CFPB forwards each complaint to the appropriate company for a response and analyzes the data to makes rules and enforce laws. The bureau shares the data with government agencies and presents reports to Congress.

The database has long had the financial service industry on edge, but consumer advocates say it helps hold the big financial institutions accountable. Concerns have been hovering over the database possibly going private under Mulvaney. The Dodd-Frank law requires that there be a complaint system, but it does not require it to be public, Valenti said.

"Mulvaney already has 1.2 million comments from the public on this matter - in the form of complaints about the practices of financial companies," Stegman said. "He should read these Americans' stories. 97% of consumers have received timely replies from companies when the CFPB sends them the complaints."