'It will impact the world': Gov. Brown on wheat loss from Substation Fire 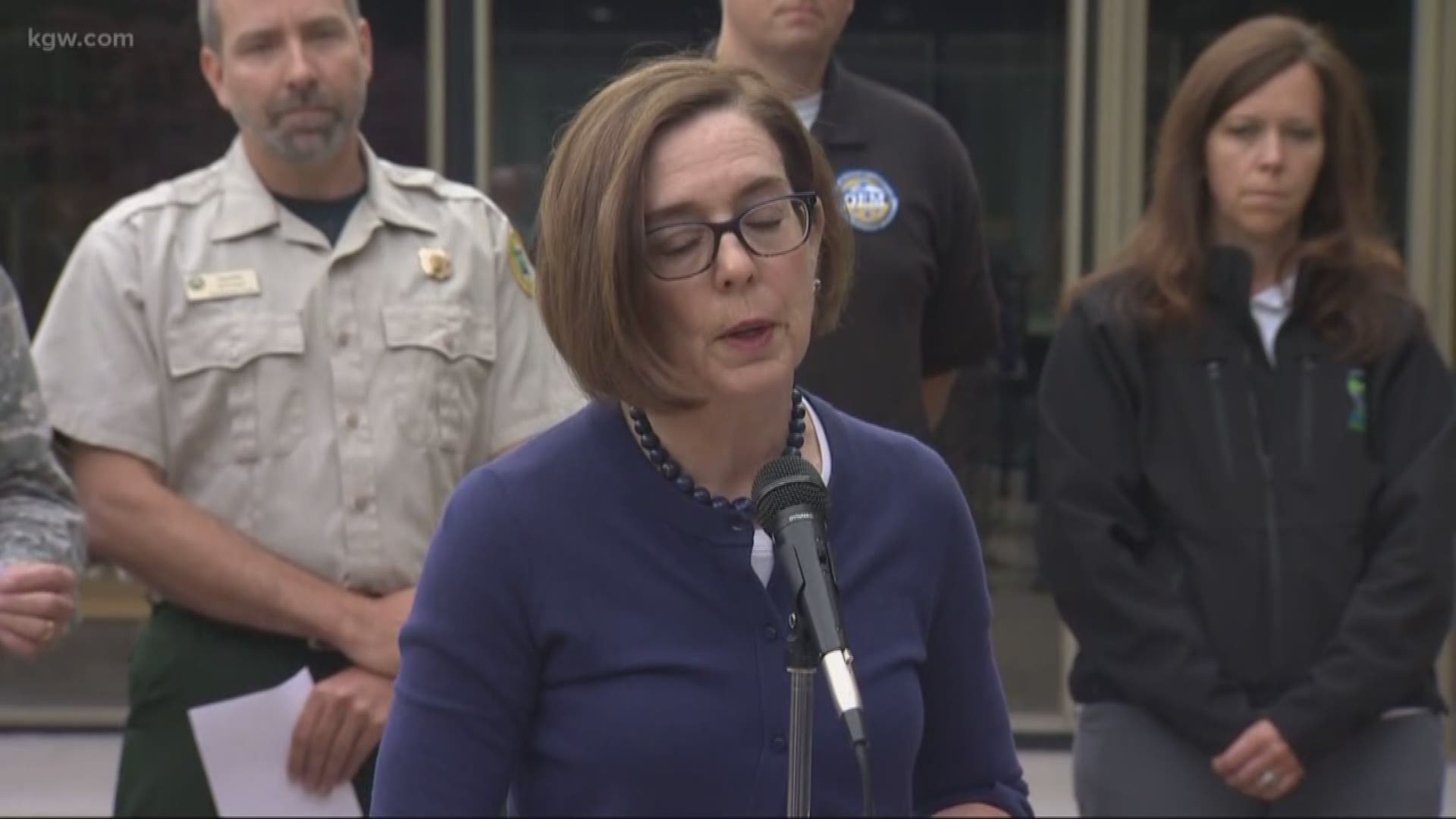 PORTLAND, Ore. — The Substation Fire, which has burned more than 50,000 acres southeast of The Dalles, will have a substantial impact on Oregon’s agricultural economy, according to Oregon Gov. Kate Brown.

In addition to causing one death and forcing several communities to evacuate, the fire is threatening wheat crops and livestock in Sherman and Wasco counties.

"This [fire] will have devastating impacts on Oregon. This is definitely our wheat basket," Brown said on Thursday. "It’s going to impact Oregon, it’s going to impact the world. We are really working to make sure we provide resources as we move into recovery there.”

MORE COVERAGE OF THE SUBSTATION FIRE

Jim Johnson of the Oregon Department of Agriculture said Sherman and Wasco counties, where the fire is burning, were just getting into the wheat harvest before the fire started.

“We have an awful lot of wheat out there that had not been harvested, that is in danger of being destroyed,” he said.

“That’s a big wheat area,” Johnson said. “[It’s] very important to the export market for Oregon. It’s a situation where international trade can be huge.”