Why are new apartments so expensive?

Here are 10 ways in which Portland rent checks get divvied up, and how all that affects the rent you pay each month.

Everybody in the real estate business wants a piece of Robert Cheney.

The recent Portland State University master’s grad and his girlfriend are fairly typical of Portland’s 300,000 tenants, looking for a fair deal in their price range. But Cheney and his girlfriend are unusual in one way: Their apartment, unlike 93 percent of the city’s rental housing stock, was constructed after 2010.

“We’re pretty stoked that it’s a modern building, and it’s probably not going to collapse tomorrow in the earthquake,” said Cheney, while carrying a takeout dinner into his Northwest Portland apartment building, the Cordelia Apartments, on a Friday evening last summer.

If Portland is to build its way out of its rental housing shortage without huge public subsidies, Cheney and his girlfriend are key.

It’s their rent checks, and the promise of more for decades to come, that finance every swing of every hammer at every apartment site in Portland.

Their rent also pays the window-washing bill of the bank that issued the building’s construction loan. It buys the paper clips on the desks of the architecture firm that designed the building and covers the car payments of the real estate developer. Their rent lays the water main that feeds their shower and the sewers that snake beneath it. It funds the summer vacation of the person who used to own the land beneath their building and, through property taxes, it puts food in the cafeteria of Multnomah County’s jail.

All of this gets paid for, ultimately, out of the cash that Cheney and his girlfriend fork over each month for the key to their 723-square-foot apartment.

But who gets how much of that rent check?

As Portland’s rents have soared in buildings new and old, the answer to that simple, mysterious question — where exactly does rent money go? — also may be the way to start answering another question: What, if anything, could the government do to make those rent checks smaller?

We decided to look into it.

Starting with the basic specs of a newish building like Cheney’s — 135 homes on five stories atop 30,600 square feet of Northwest Portland dirt — we walked through every step of what it took to build the apartments hitting the market today, checking with multiple experts for estimates of what each line item costs.

The chart on this page shows our results: a breakdown of the 10 main factors that drive the price of rent for someone like Cheney living in a market-rate apartment in Portland. 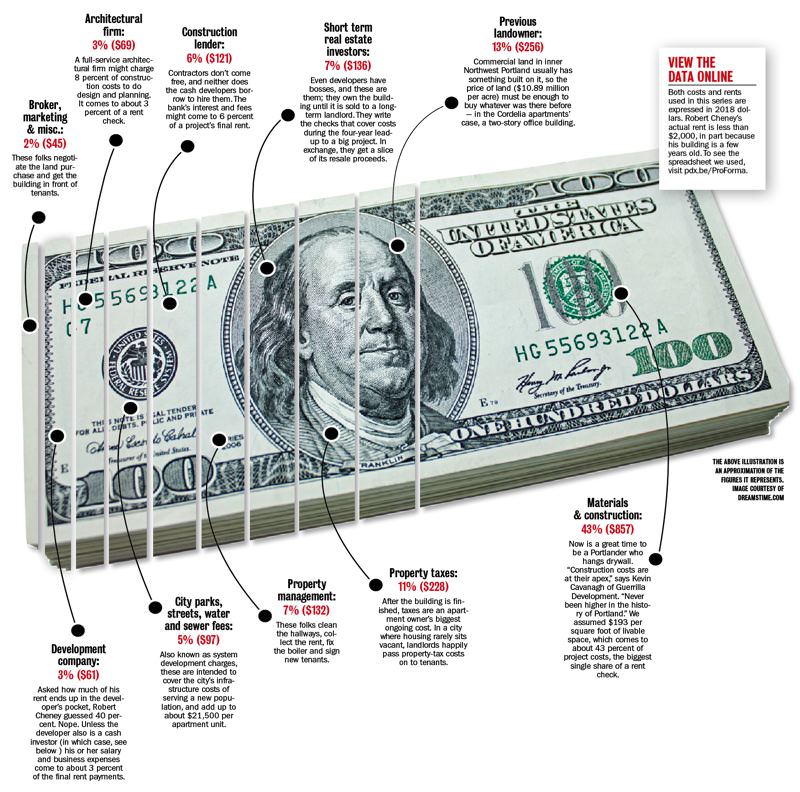 What goes into an apartment's price?

Three factors set the rent in a new apartment building: the upfront cost to develop and construct it; its operating expenses; and the return requirements of short-term and long-term investors.

To get built, a project needs to expect rents high enough to meet the investment goals of its long-term landlord— maybe a retirement fund thirsty to turn cash into a permanent revenue stream — after generating sale proceeds big enough to pay off early investors at high interest.

For example, TIAA-CREF, a teachers’ pension fund, owns the Cordelia Apartments. “Everyone hates Wall Street, but it’s just our parents’ retirement,” says Noel Johnson, a developer for Cairn Pacific, who happens to be the son of a teacher.

For our exercise, we imagined a project whose long-term landlord seeks a 5.8 percent annual return on an equity investment equal to the project’s total upfront development costs.

Michael Andersen is a Portland-based urban policy reporter. This story is part of an investigative series produced by the Open: Housing Journalism Collaborative, a joint project of the University of Oregon’s Agora Journalism Center, Pamplin Media Group and KGW-TV. Look for other stories in this and related series at OpenHousing.net. 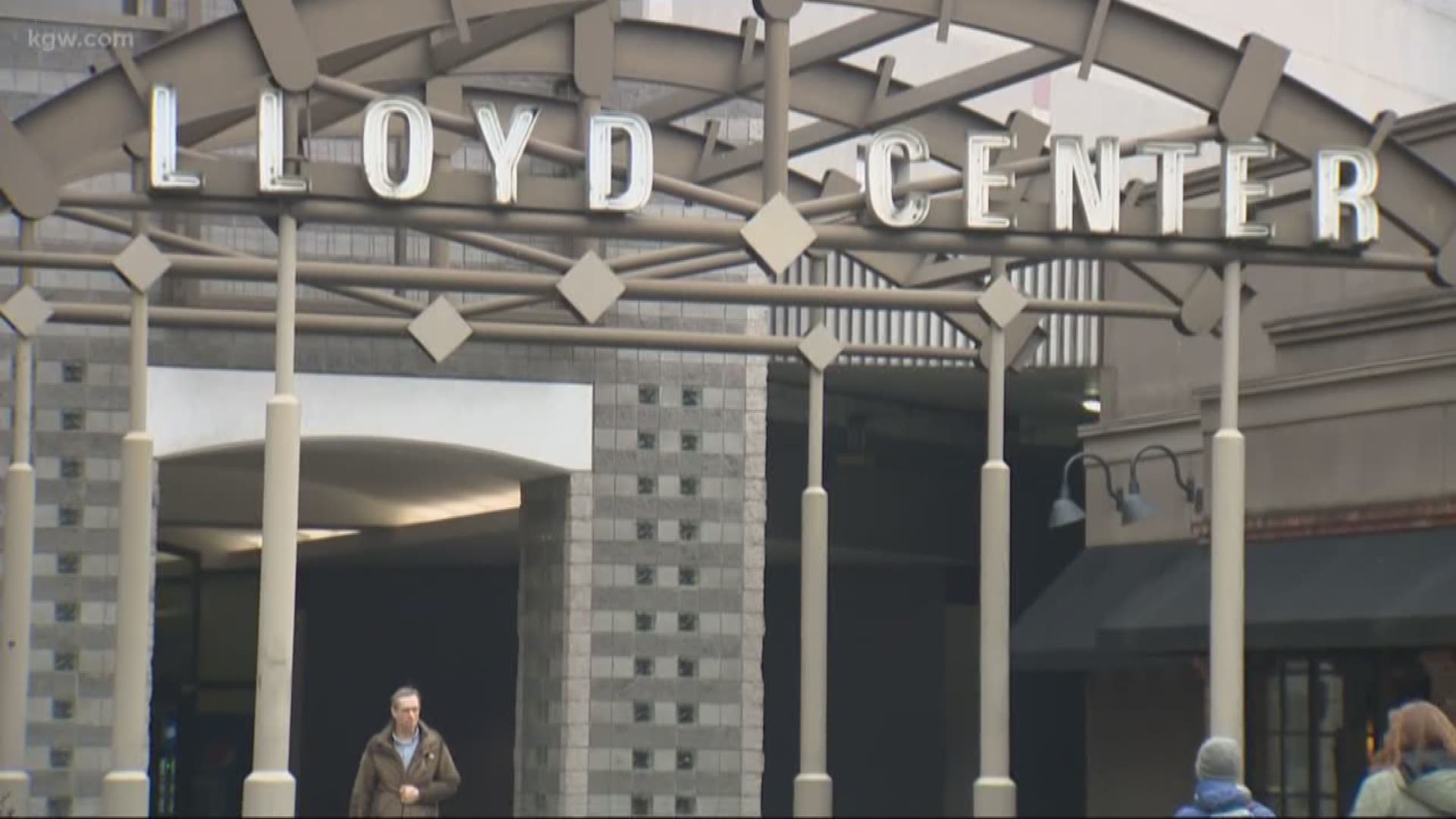