The PBA's 2017 "Year in Review" looked at how the city council's actions changed transportation, jobs, homelessness, housing and accountability throughout the year in Portland. 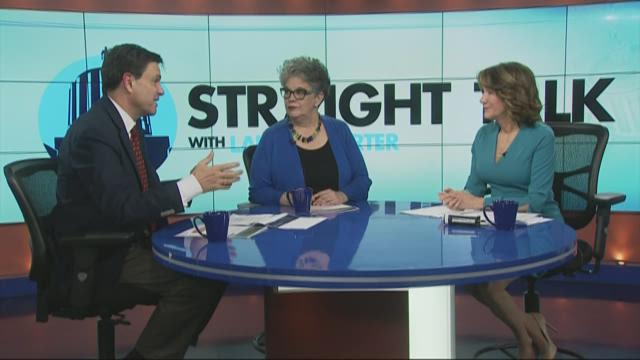 The PBA’s 2017 “Year in Review” looked at how the city council’s actions changed transportation, jobs, homelessness, housing and accountability.

The PBA is Portland’s Chamber of Commerce and advocates for economic growth in the metro area. The review looked at the city council’s actions in terms of how they helped grow the economy, omitting other markers of success. Some of the actions that received low marks, such as requiring landlords to provide relocation assistance funds for renters, have been applauded by other organizations.

Portland’s economy is changing rapidly and the city council is juggling several mitigating factors in trying to manage that growth. New residents and higher-paying jobs are invigorating the city, but that puts pressure on housing and transportation. In addition, PBA was critical of the city council’s accountability and some decisions regarding homeless residents.

KGW reached out to the mayor's office for comment. A spokesman provided statements related specifically to accountability, shown in that section below. Wheeler's office declined to provide any additional comments on the PBA report.

The Portland Business Alliance gave city councilors credit for fostering new job growth. In particular, the PBA applauded construction of the new Hyatt Regency at the convention center, and the adoption of a new initiative to foster economic growth for communities of color.

Homelessness – Portland is struggling to manage its growing homeless population, which rose to 4,177 in 2017, up nearly 400 people from the year before.

The review found Portland made progress on several homelessness initiatives, including opening new shelter beds and affordable housing units. The review gave the city council poor marks for the homeless community Right 2 Dream Too, calling it an illegal camp, after the city moved the camp’s location from downtown to one near the Steel Bridge.

Housing – While Portland is adding more housing throughout the city, new residents are coming even faster, keeping rents and home sale prices high. Portland’s average rent in 2017 was $1,300 a month for a one-bedroom apartment.

Although the city council implemented several transportation initiatives that scored “good” marks, such as pothole repairs and autonomous vehicle testing, transportation ended up with a failing grade because of the congested traffic and general disrepair of the city’s streets.

"The mayor is a strong supporter of ensuring BDS speeds up the permitting and review timelines," said Michael Cox, spokesman for Wheeler's office.

The review also gave the city poor marks after the city council failed to approve 80 new police officers in November 2017, although the city said it will reconsider the request this spring.

"The mayor recognized staffing challenges faced by the PPB, and supports the efforts to fund more officers," Cox said.

One change applauded by PBA was increased independence for the city auditor, which voters approved in May 2017. The mayor's office said Wheeler strongly supported the change and is pleased by the new law.

PBA also commissioned an “economic check-up,” which was conducted by the economic consulting firm ECONorthwest. The report compared Portland to other growing cities and found that Portland’s housing, when compared to the city’s wages, is just as unaffordable as Seattle’s. That’s due to a city that is growing faster by population than housing stock.

John Tapogna of ECONorthwest discussed the findings on KGW’s Straight Talk. He said the housing crunch directly impacts homelessness, and called on Portlanders to accept more change in their backyards.

“When you put more economy into a region and more money into a region and you don’t increase that housing supply – economists are going to tell you every time, those prices are going to go up and it’s causing some real social problems,” he said. “Some of this with respect to housing is also going to take a cultural shift on the part of the people living here. There is a fair amount of Not in my Backyard and slow growth in our DNA. And if that doesn’t give some then we’re going to have problems because there are way too many regulatory tools that NIMBYists can use to slow this down and they use it.”