The proposed building, at 1650 Northwest Naito Parkway, would consist of ground-floor restaurant and retail space with residential units on the upper floors. 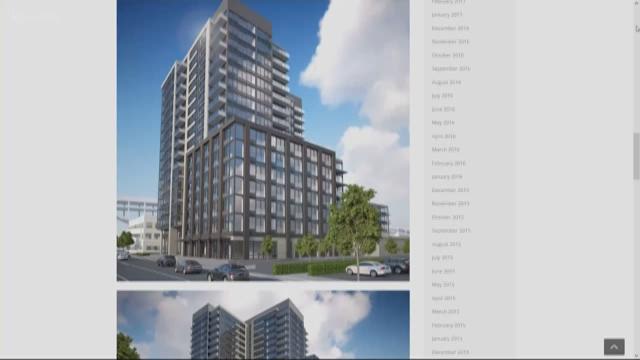 Some people living in the Pearl District are worried yet another tower there would ruin views of the Fremont Bridge.

Developers are seeking to build a 17-story tower, the Fremont Apartments, just to the north of The Fields Park. The proposed building, at 1650 NW Naito Pkwy., would consist of ground-floor restaurant and retail space with residential units on the upper floors.

In December, the the Portland Design Commission approved the proposal. But city council will now hear an appeal on the decision at the request of the Pearl District Neighborhood Association Board.

Some living in similarly sized towers around The Fields now worry that their views of the Fremont Bridge would be affected.

“Initial thoughts were that it was too big, it was too bulky, it was too close to the water,” said neighbor John Rissi. Rissi lives on the top floor of the Encore Condominiums and looks straight out at the bridge.

“If you look at the natural progression from the South blocks to the North blocks, all the open spaces kind of culminate over here by the water,” said Rissi as he spoke with KGW at The Fields Park. “And then to decide to build some monstrosity right here on the water, blocking everybody’s view at the park. It doesn’t make sense to me.”

On the Neighborhood Association website, organizers wrote “The Fremont Bridge, built in 1973 at a cost of $84,000,000, is the most expensive piece of art in Portland...Because of so much public involvement from all areas of Portland collaborating to design and build this iconic bridge, historians call it the ‘Bridge of the People.’”

Some park users worry about losing a nearly pristine view of the Fremont Bridge, too.

“We come here almost every day because we really like the view. The bridge is one of the main attractions of the park,” said Nina Reyes, who was taking her dog to the park. “[The tower] will completely ruin the view. We won’t like it very much.”

When contacted by phone on Monday, a developer with The Fremont Apartments declined comment. Records show the land belongs to the Lincoln Property Company based in San Francisco.

According to the Neighborhood Association, Portland City Council will hear an appeal on the design commission’s approval on Feb. 21. The council could ultimately deny the proposal, according to city planners. If the decision were to be upheld, the Fremont Apartments project would then enter the permitting stage. It’s not clear when construction would begin.

On Monday, neighborhood association leaders were planning an informational town hall on the appeal. That event was slated to take place from 6 to 7 p.m. at The Armory building on Northwest 11th Avenue.