Seven complaints have been made about the Tip Top Tavern. The owner figured it was safer to temporarily close now than risk fines or a license suspension. 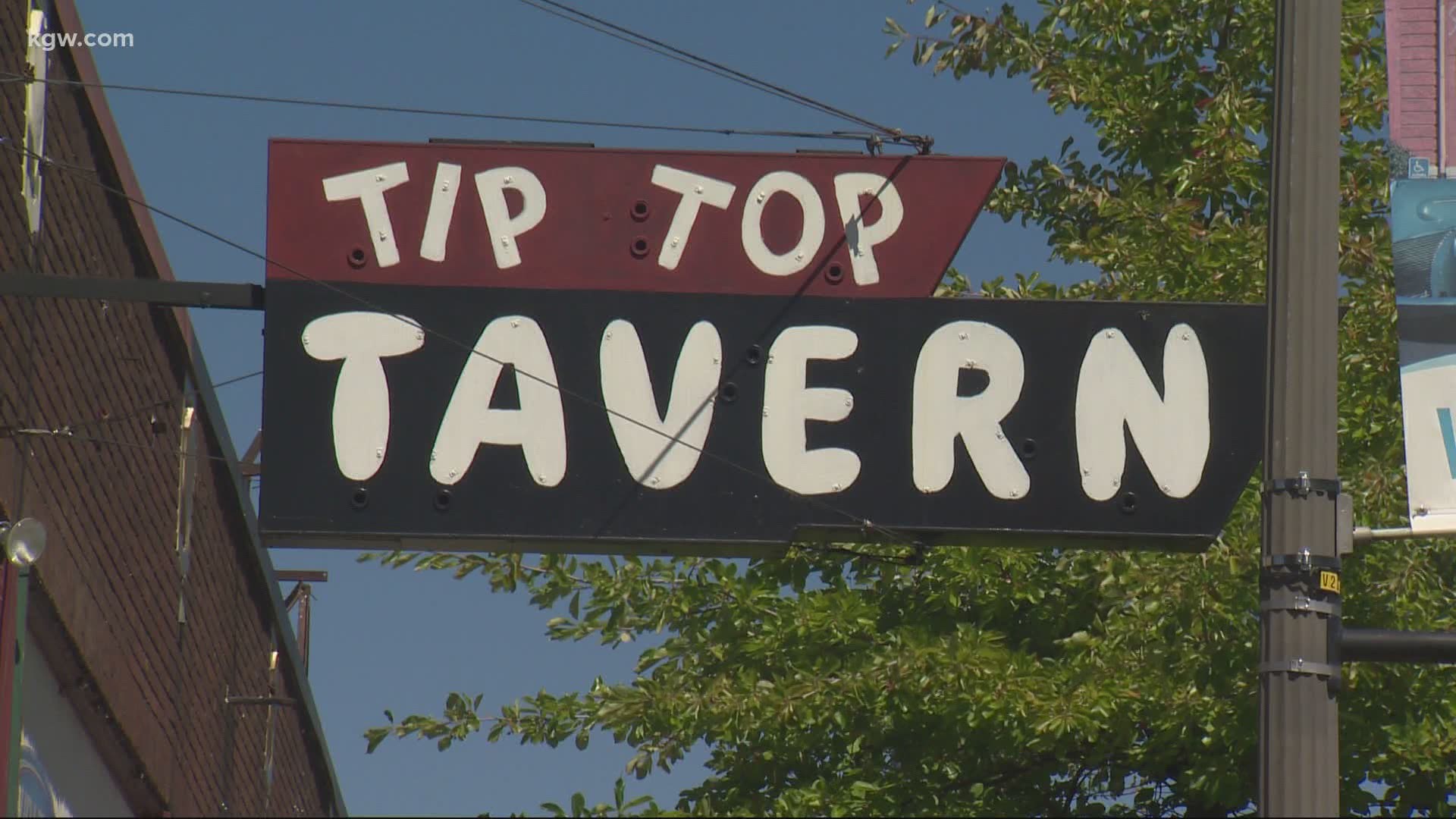 VANCOUVER, Wash — The Tip Top Tavern has been at West 21st Avenue and Main Street in Vancouver since the early 1930s. The owner said the tavern got the first liquor license in the state after prohibition. Now, Janelle Shadley said that license is in jeopardy because state agents are cutting her no slack, so she's closing temporarily.

“We're responsible if one person gets out of a chair and doesn't have a mask on and liquor control sees it; there's no room for human error. I’m shutting down to save my business and save my employees jobs,” said Shadley

Shadley, who has owned the establishment for nearly 17 years, said the Tip Top was doing the best it could.

“I do want to say that we have complied with all the COVID rules to the strictest of our ability. I mean we want to keep people safe," she said.

So far, the tavern has received two warnings from the Washington State Liquor and Cannabis Board. The state agency said investigations are part of routine oversight, but are also complaint-driven, and the Tip Top's had seven since June, the second-most in Vancouver.

Shadley believes those complaints may have come from people traveling by the bar's outside smoking area, where it's harder to force compliance with mask and social distancing rules.

Patron Brian Milam was providing security at the tavern.

“I was a customer here beforehand so I've seen both sides of it and I see nothing but full participation to the best of their ability,” said Milam, who owns Alamo Security. Milam added he's seen other establishments not following the rules as fully. But he said they faced less scrutiny.

Shadley said everyone who comes to the Tip Top Tavern is like family.

“I care about all my customers, everybody that comes through the door.  And I care about my employees," she said.

And for the family, Shadley has closed now, so that hopefully she can reopen later. But it’s hard.

“It's taking my savings, it's taking my retirement; it's going take all of it. I don't know how long this is going to go on," Shadley said.

The Washington Liquor and Cannabis Control Board told KGW that they are working at educating first, before any fines or suspensions happen. They also said it’s clear to them that with seven complaints and two warnings, the Tip Top had a problem.

On Tuesday, the closed tavern will be taking its perishable food items to offer free lunch to people, so it doesn’t go to waste.