Thousands will be impacted in Oregon but employers are hopeful the move will improve hiring. 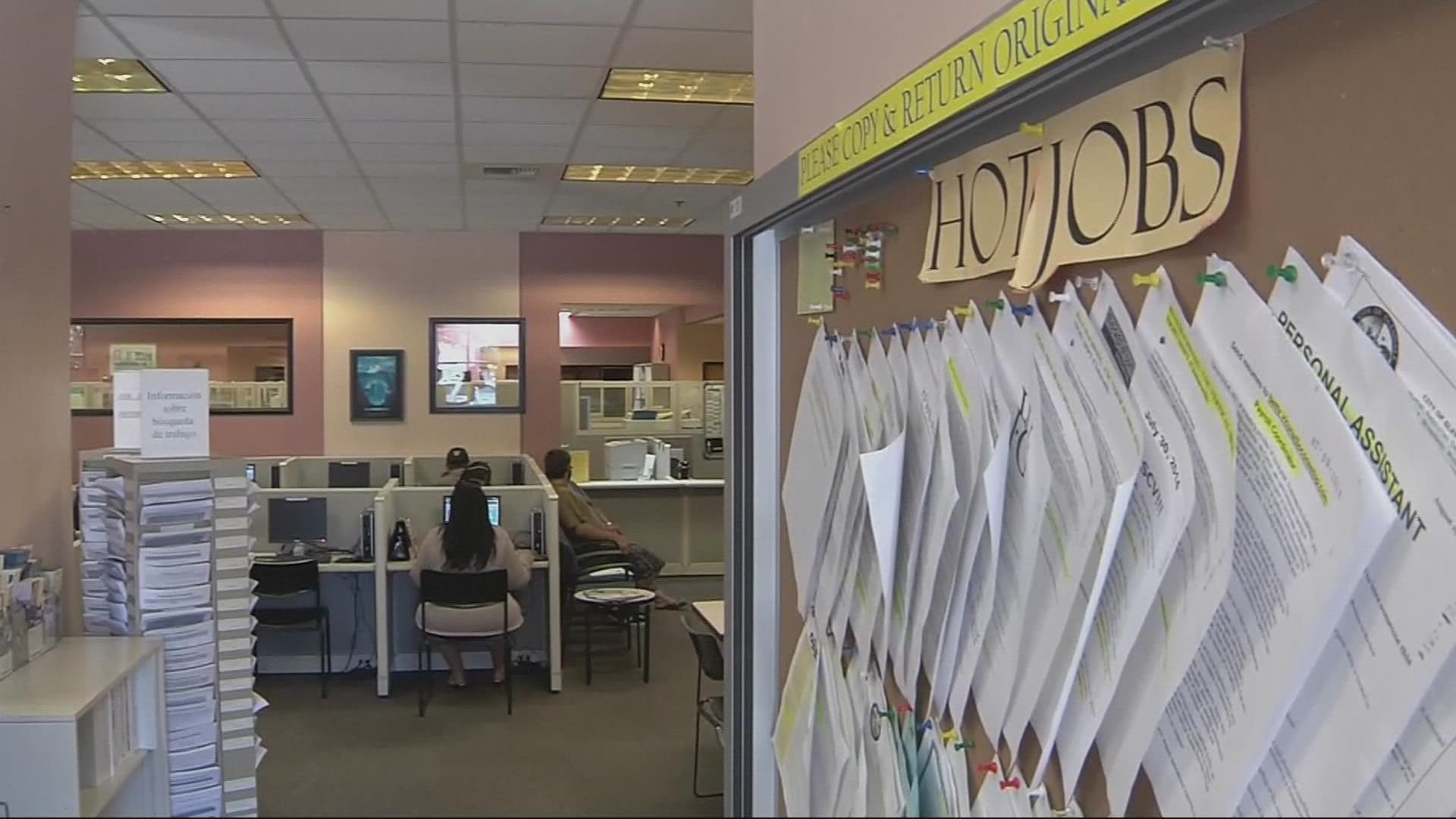 PORTLAND, Ore. — During the pandemic, more than 600,000 Oregonians have relied on $10.8 billion worth of benefits from the Oregon Employment Department (OED). About 120,000 got benefits just last week. But there's worry as federal help runs out.

"As of right now we are still estimating that unfortunately approximately 81,000 people may no longer receive benefits for weeks after September 4, when those temporary federal benefit programs end," said OED acting director David Gerstenfeld.

Kalvin Myint, co-owner of Top Burmese in Northwest Portland, is hopeful the move will improve hiring in the months to come. Recent data from the Oregon Employment Department shows a record number of job vacancies at 98,000.

"We typically see 60 to 100 applications, this is like pre-pandemic," Myint said. "Now actually you post something, six to about 15 applications would be a very high number."

Myint said the labor market is very tight and competitive. Many employers are now offering benefits or others perks as incentives.

"You have to be a little more creative to attract the best talent," he said.

For him that means competitive wages and investing in the safety of the staff.

"We put robots between customers and the staff to make them feel safer, so it gives them an incentive to come back and work for you in the middle of a pandemic," Myint said.

RELATED: US hiring surges in July, unemployment rate drops to 5.4%

RELATED: Why are Oregon restaurants still struggling to find workers?