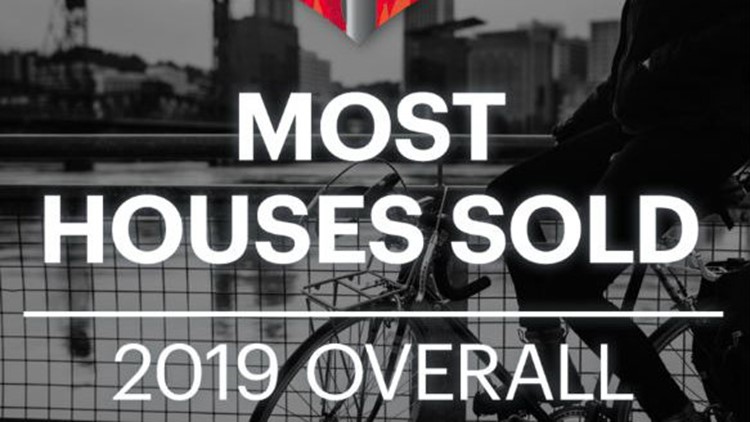 PORTLAND, Ore. — Just as during 2018, the pace of home sales slowed across the Portland metro area in 2019.

The Regional Multiple Listing Service (RMLS), which provides the data for our Hottest 'Hoods series, reported that metro-area closed sales fell 5.9 percent in 2018 and another 0.2 percent in 2019. And when you add in Clark County ZIP codes, as we do for Hottest 'Hoods, sold homes dropped 9.7 percent last year to 32,691.

It's also taking much longer to sell homes (watch for the upcoming fastest-selling 'Hoods), but prices have kept on rising (we'll post our highest-priced 'Hoods soon).

SLIDESHOW: Most homes sold in 2019

The two neighborhoods that fell out of the ranking this year were 97070 in Wilsonville and 97230 in Hazelwood/Fairview, replace by 97035 in Lake Oswego and 97086 in Happy Valley.

The suburbs, where home inventory has been higher, continued have the edge over Portland city ZIP codes, where only nine of the top 25 'Hoods were located.

RELATED: How Oregon's healthiest hospitals rank by finances and occupancy

RELATED: Here's how a $1,000 investment in 29 Oregon companies would have grown over the past decade