Both Washington and Clackamas Counties are in the moderate risk level, which means more people can dine indoors at restaurants. 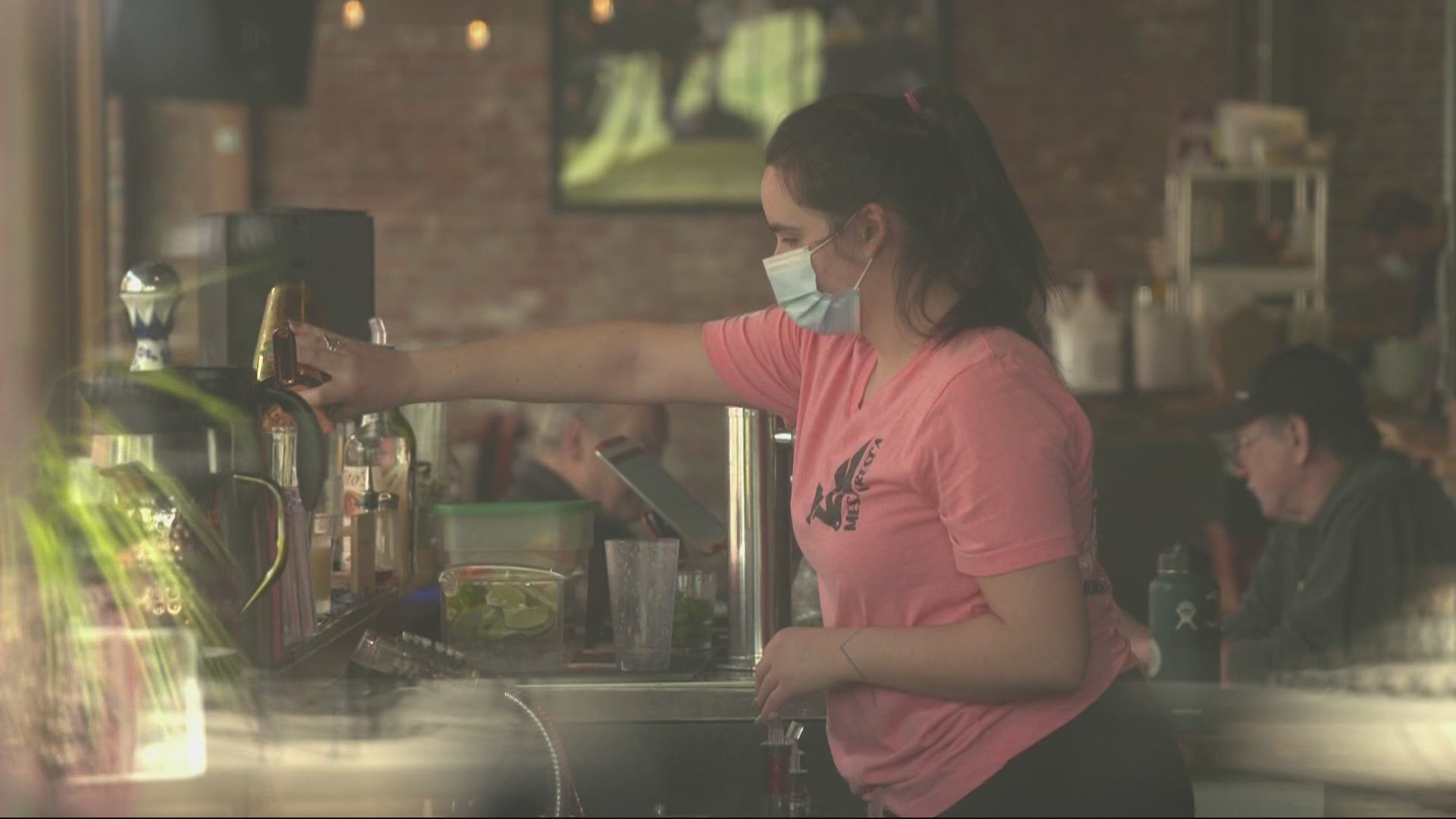 OREGON CITY, Ore. — There are two counties in the metro area where restaurants can now bring in a little more business, with new COVID restrictions going in place on Friday. Both Washington and Clackamas Counties are in the moderate risk level, which means more people can dine indoors at restaurants.

Downtown businesses in Oregon City spent a good part of Friday getting ready for the extra customers who will be coming in. Many business owners are cautiously optimistic that they stay open and slowly bring back more customers in the near future.

Jake Joy has owned the Verdict Bar and Grill in Oregon City for the last three years. He said there have been times in the last 12 months where he was down, but never out.

“We’re just cautious, we have been going back and forth over the last several months, but we’re happy to be open," Joy said. "We got our fingers crossed that we’ll stay open."

Starting Friday, both Washington and Clackamas counties could start allowing more people into bars, restaurants, gyms, movie theaters and other businesses, at up to 50% capacity.

This couldn’t have come at a better time for restaurants in Clackamas County. It was just two weeks ago the metro area got hit by a historic February ice and snow storm that cut off power off to thousands of people. Joy said he lost between $15,000 and $20,000 because he had to cancel Valentine’s Day reservations.

Now two weeks later, many businesses on this block are seeing something they haven’t seen in months, that’s hope. Hope that they’ll soon be able to open to full capacity, but restaurant owners now that could still be away out in the future.