Portland winery is first in country to use reusable bottles

Coopers Hall Winery knows a lot about being first. When it opened in 2014, it was the first keg-only winery in Oregon. 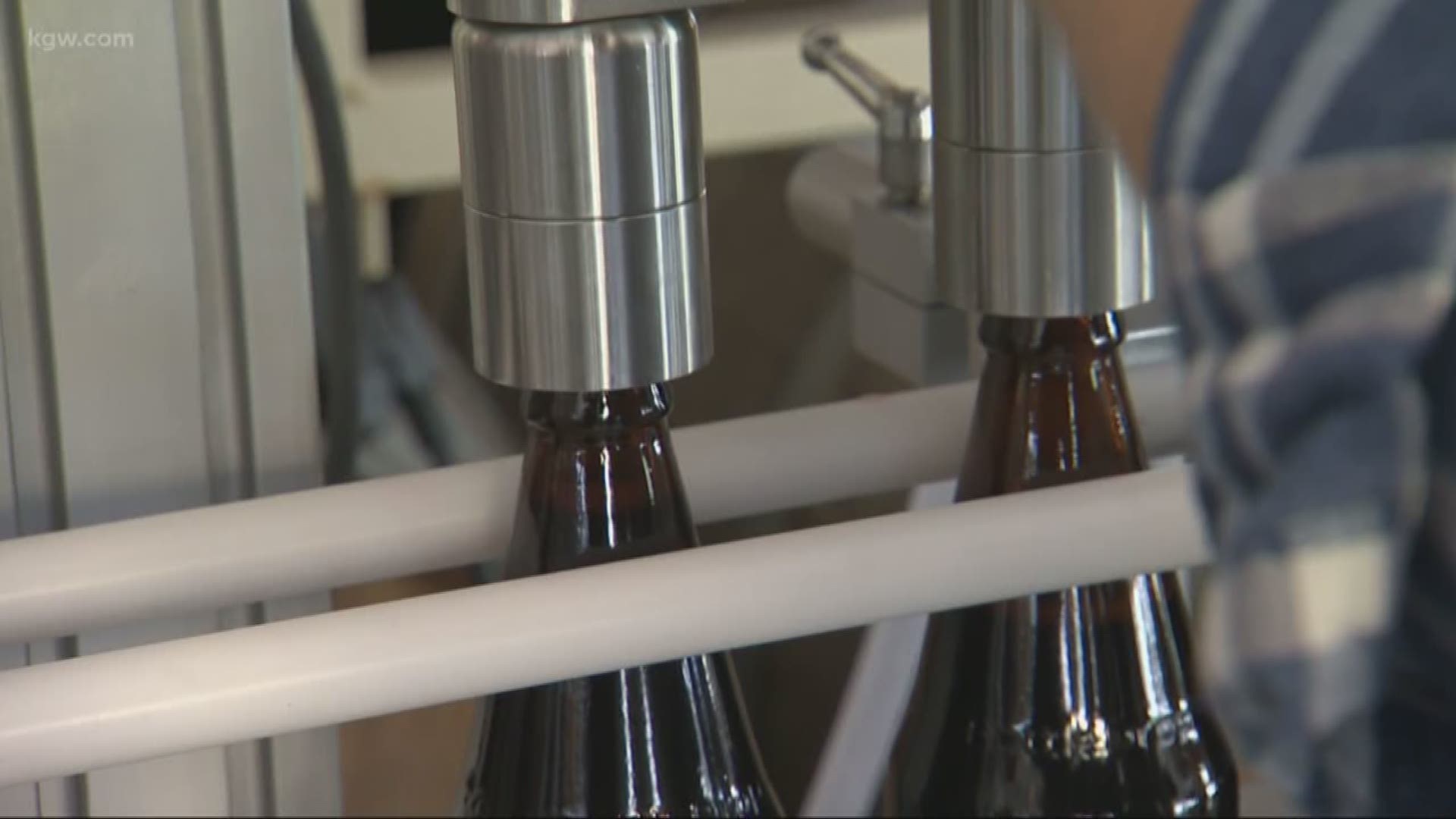 But what about reusable wine bottles? Get ready for them. An Oregon winery is the first in the country to use them.

Coopers Hall Winery knows a lot about being first. When it opened in 2014, it was the first keg-only winery in Oregon. By not using bottles, the winery has saved more than 315,000 bottles from the recycling bin.

And now the winery is embarking on another first. It's become the first winery in the country to bottle its wine in reusable bottles.

The bottles the winery is using were initially produced for the statewide refillable beer bottle program that started last year.

But Coopers Hall thought, why not use them for wine? Limiting waste has always been one of its priorities.

Each refillable bottle can be washed and re-used at least 25 times instead of being crushed and recycled like a typical glass bottle, which takes a huge amount of energy.

"For each time one of these is reused, it’s about a 90% reduction in CO2 emissions over a single-use bottle, so it’s a large reduction," said assistant winemaker Adam Rack.

Currently, the winery only has the option of the brown glass bottle. But it is hoping as more wineries or beverage companies want reusable bottles, companies will start making clear ones as well.

And just like with any glass bottle, you'll get a 10-cent refund when you return it to a bottle drop or the store where you purchased it

"There's three servings in a bottle, so technically you can drink it out of the bottle. We did a taste test, but you an also pour it into a glass, share it with your friends, bring it to a picnic," said Rack.

It's a first Coopers Hall hopes won't be the last.

Coopers Hall wine in the reusable bottles is currently being sold at select Market of Choices.They'll eventually hit the shelves of New Seasons as well, and you can buy them at Coopers Hall Winery and Taproom in Southeast Portland for $12.