The head of the Oregon Restaurant and Lodging Association said the biggest problem for travelers is a message that the city is not safe. 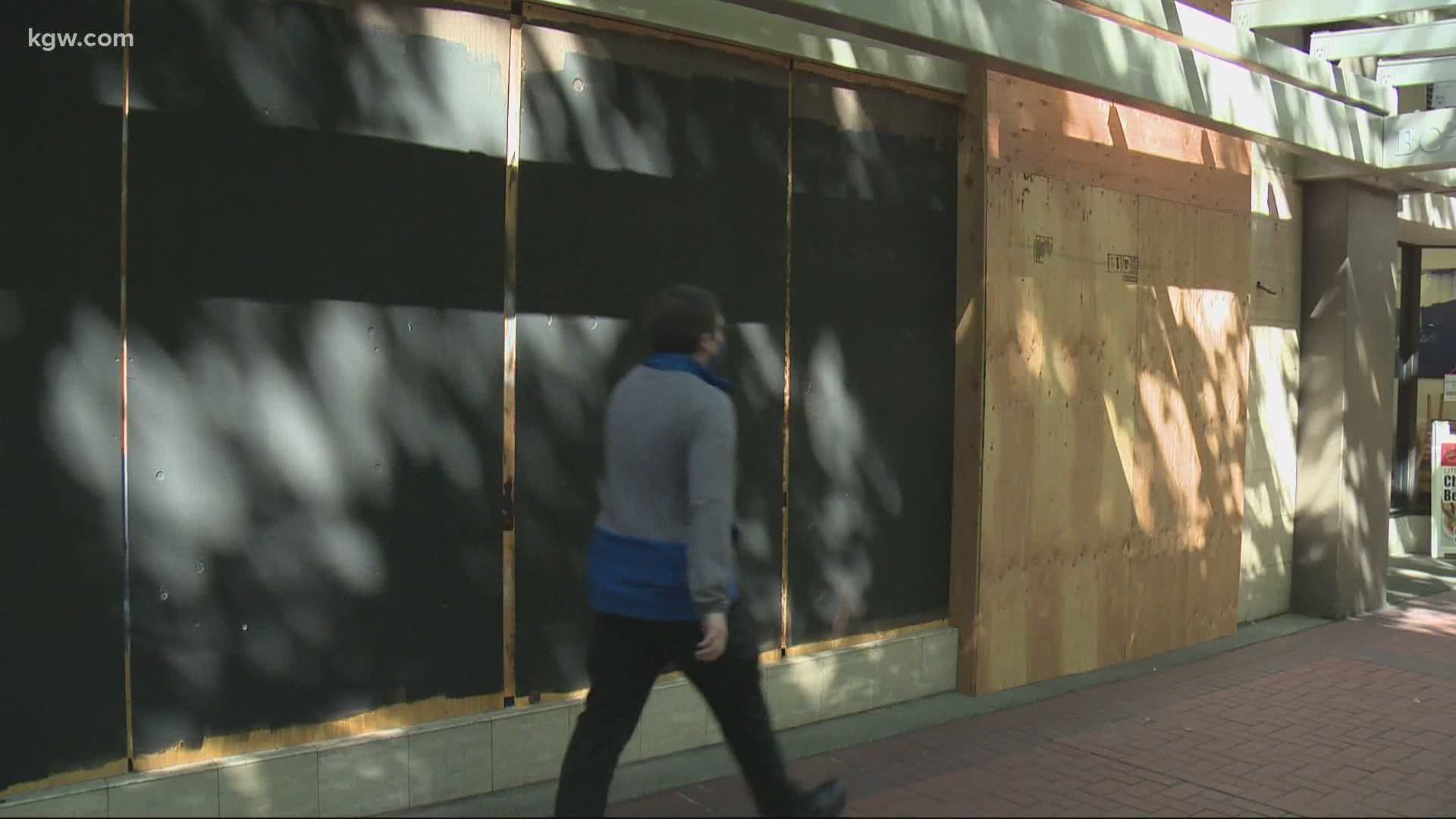 On a sunny day in September, Portland’s streets should be teeming with tourists and business travelers. The pandemic has certainly kept some away but in many parts of the country, people are beginning to travel again.

As fears eased and the economy began to recover, a new problem arrived in Portland.

“Make no mistake, we are in a tough spot in Portland," said Jason Brandt, president and CEO of the Oregon Restaurant and Lodging Association. "We have the worst occupancy rates in the entire country for like-sized markets. We are even behind Oahu, which has a 14-day quarantine, so we have a lot of work to do to showcase what Portland is."

Brandt said the biggest problem hotels and restaurants have in Portland is a message that the city is not safe being spread through national media and President Donald Trump.

On Thursday, Gov. Kate Brown, and a number of community leaders, released a statement about the violence.

“As elected officials and community leaders, we are coming together to condemn the acts of violence in Portland that have occurred as thousands of Oregonians have been peacefully protesting for racial justice and police accountability.

"The violence must stop.

"There is no place for white supremacy or vigilantism in Oregon.

"All who perpetrate violent crimes must be held equally accountable.

"Together, we are committing ourselves to do the hard work that will bring meaningful change for racial justice and police reform.”

Brandt, from the Restaurant and Lodging Association, urged Eudaly and Hardesty to condemn the violence.

“We would call on the other commissioners to join Commissioner Fritz and Mayor Wheeler in standing up for what they believe in. Are you against violence? Are you for a safe Portland?” Brandt said.

“[Occupancy] was on an upward track, and then with the ongoing violence and protests there’s been a drop," said George Schweitzer, general manager at the Benson Hotel. "And we can change that picture if we all work together."

But so far the picture has not changed. The Benson normally has 165 employees this time of year. Right now, it has just 30. It’s not just the business being hurt, it's the workers who lost jobs and still have not returned to work.

At the towering Hilton hotel downtown, the occupancy rate is zero. Its 455 rooms closed off. Guests can stay at the Hilton’s other hotel, the Duniway across the street. The general manager said it’s not COVID-19 but the violence scaring potential guests.

“They’re calling us, 'Is it safe to come to Portland?' So, that is having a huge impact on the overall occupancy,” said general manager Tauseen Malik.

Credit: KGW
The Hilton Hotel in downtown Portland with boarded up windows

Four hundred people worked at the two hotels, but a majority are laid off and will not be back until things improve.

“So yes, people are suffering a great deal because of this,” he said.

And then there are the smaller businesses. Chang Sin struggles to hold on to his bento business at Southwest 6th Avenue and Main Street.

He is from South Korea and said family there has called to make sure he is safe here. He's only open because the landlord is allowing him to stay rent free for the moment.

“The private sector helping me out. The public sectors? No help,” he said shaking his head.

Note: A graphic in the video package above shows that Multnomah County DA Mike Schmidt had not signed the joint statement. His office told KGW that by airtime he had not been asked to sign it. He has since signed it, adding, "we continue to support Governor Brown in her efforts to end the violence occurring in Portland.”