With rent due April 1 for many establishments, a coalition called Save Restaurants is asking for a moratorium on commercial evictions. 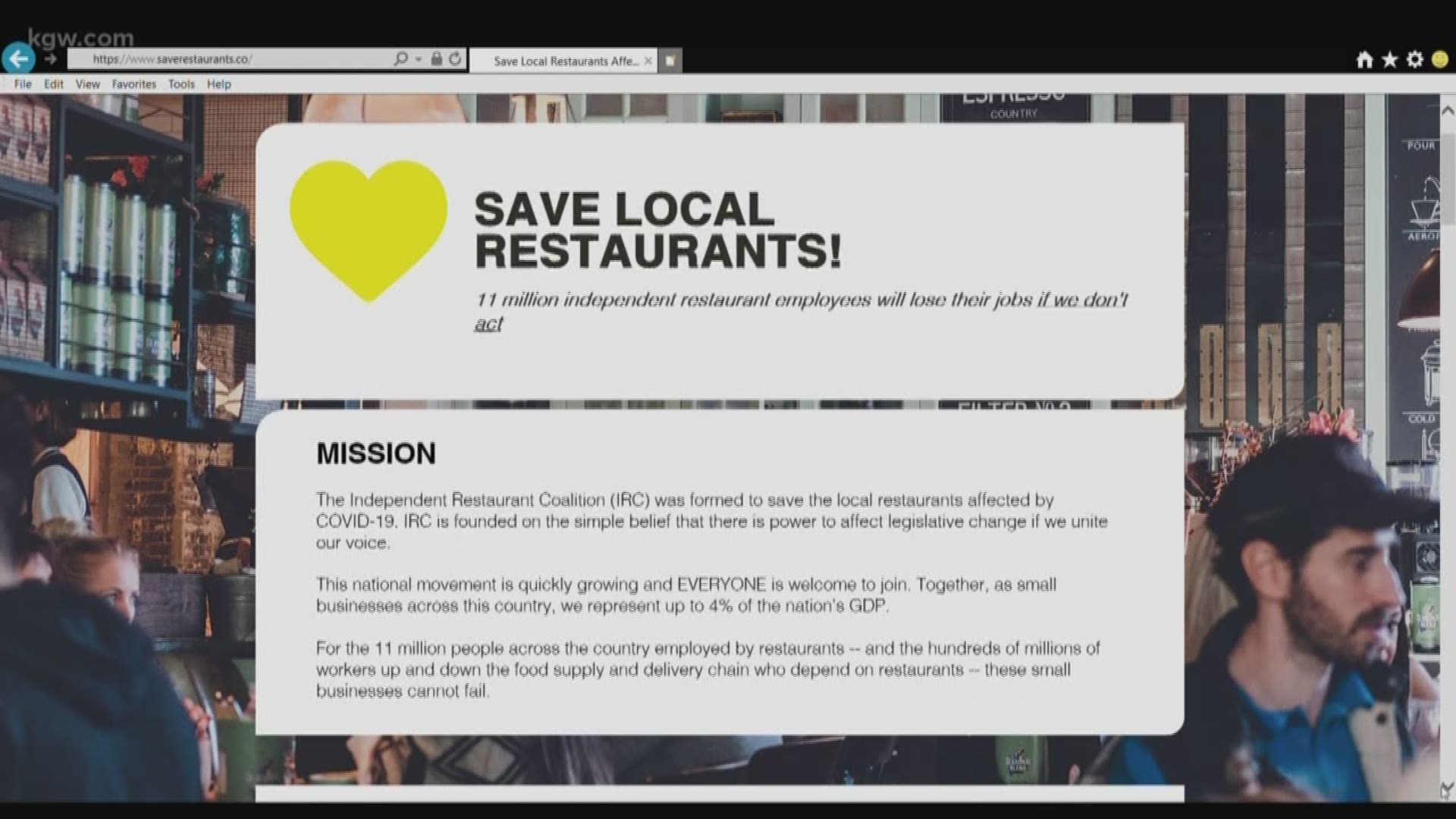 PORTLAND, Ore. — Some restaurant owners are asking Portland's mayor for help. They have a rent deadline looming next week on the first of the month.

“Restaurants are getting hit, some of the hardest hit industries in the country, I mean we employ over 13 million people as independent restaurants and most of the restaurants have been forced to shut down at this point,” said Naomi Pomeroy, chef and owner of Beast in Northeast Portland.

Pomeroy is also part of a coalition of restaurants behind the campaign Save Restaurants. The coalition is asking for federal, state and local support to help keep the restaurant industry afloat.

And with rent due April 1, the coalition is asking for a moratorium on commercial evictions.

“Technically speaking, until we put a moratorium on commercial eviction, landlords still have a right to evict their tenants,” said Pomeroy. “If everyone called Ted Wheeler today and asked him to put the moratorium on, that would be super helpful.”

The promising news is that many landlords are already making arrangements with their renters.

“Of the 20 some leases we have, all but two got back to me saying they wanted to work with us,” said Kurt Huffman, owner of ChefStable.

Huffman said most of his landlords have either deferred rent or waived it for the next two months.

“I was really heartened to see the response we got,” he said.

But he agreed, restaurants will need more support and help from the government.

“I think there's going to be a significant number of permanent closures over the next four to 12 weeks,” he said.