It's been nearly two months since a group of independent theater owners petitioned the governor's office to include cinemas in Phase 1 of reopening. 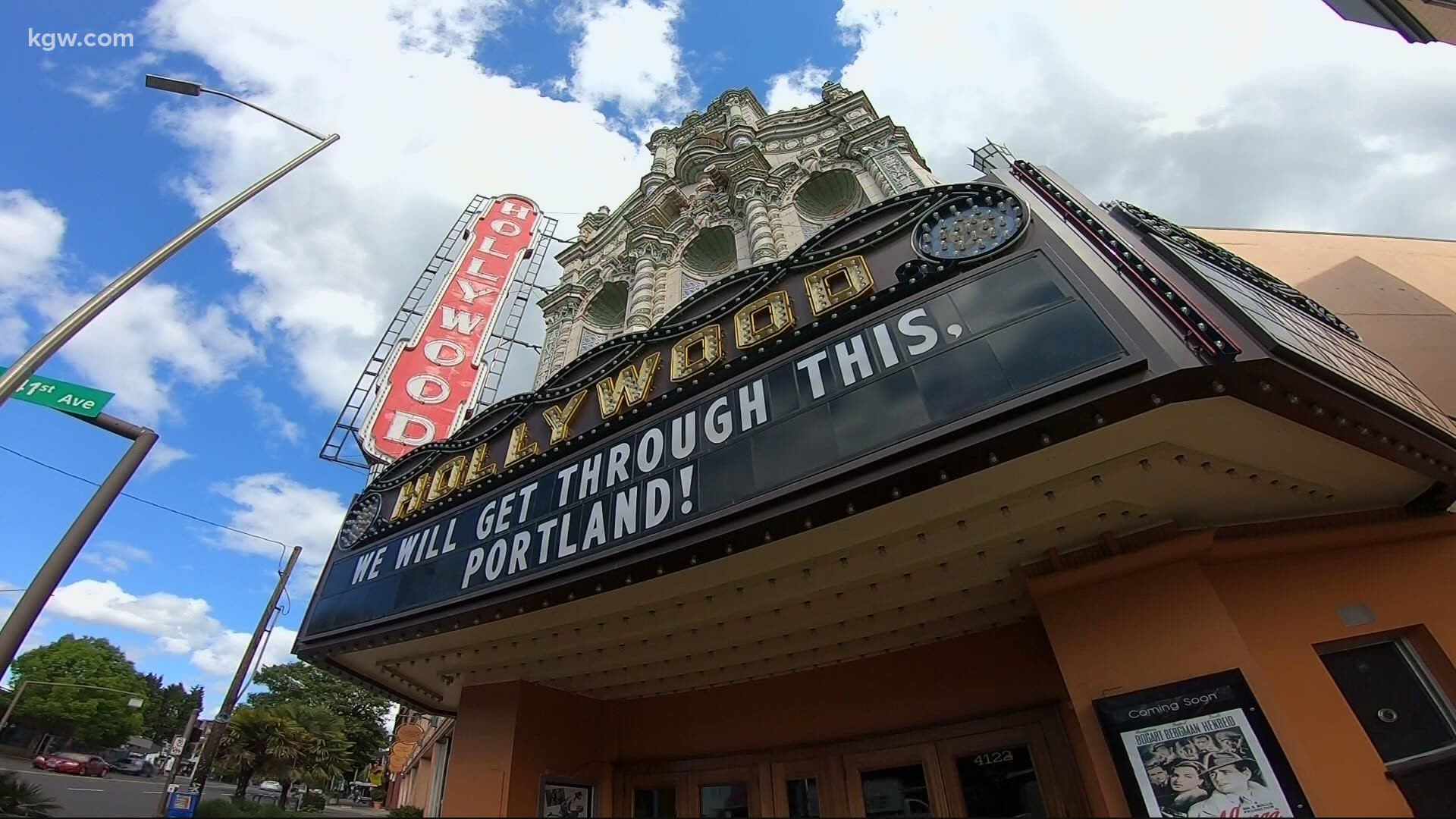 PORTLAND, Ore. — For more than 100 years, Portlanders have flocked to the silver screen.

By 1916, the city had earned a reputation for its excellent theaters. One industry journal remarked that Portland movie theaters were "as fine as any on the Pacific Coast."

Over time, Portland's theaters became neighborhood landmarks, sources of local pride and in some cases, the namesake of a neighborhood itself.

"The Hollywood neighborhood was named after the theater, so it's definitely very rooted in the city and in this neighborhood," said Doug Whyte, the executive director of the Hollywood Theatre in Northeast Portland.

1 / 4
Oregon Historical Society
The Rialto Theater in Portland, Ore. during the early 1900s.

Whyte said he thinks independent theaters are part of what make neighborhoods and the local movie culture so unique.

"Almost every neighborhood has a theater that you can walk to that is independently run and owned," he said. "I don't see it as competition. I just see it as building a culture of people, not going to a chain, but you know, going to their local independent theater. And that's just sort of what Portlanders do."

At least, it's what Portlanders used to do. Metro area movie theaters have been closed since mid-March due to coronavirus.

And unlike restaurants and bars, which were allowed to reopen in Phase 1, movie theaters are classified as venues by the state and have to wait until Phase 2 to reopen.

It's a classification some local theater operators disagree with.

"Independent theaters can operate differently than the multiplexes," said Tom Ranieri, who runs Cinema 21 in Northwest Portland. "And when we looked at the rules and regulations that they created, the guidelines for Phase 1, all of a sudden it occurred to us that, you know, we could operate under this."

In August, Ranieri and about a dozen independent theater owners wrote a letter to the governor, asking to include cinemas in Phase 1 of reopening.

"If I've got 25 or even 50 people in here, which is less than 10% of my capacity, that allows social distancing, it's enormous," he said. "It could be 30 feet between you and somebody else."

But nearly two months after sending that letter, the guidelines remain the same. Movie theaters cannot sell tickets to a show until their county moves to Phase 2. Multnomah County, home to Portland, is one of four Oregon counties still in Phase 1. Clackamas County, Washington County and Malheur County are the other three.

Ranieri said it's especially frustrating due to a technicality in the state's guidelines: theaters that serve food are allowed to open under the Phase 1 restaurant and bar rules. Some have taken the opportunity to offer private screenings to small groups. But they aren't allowed to sell tickets to the show, regardless of how small the group is.

For independent theaters like Ranieri's, it's a decision that could mean the difference between reopening someday or closing for good.

KGW reached out to Gov. Kate Brown and asked if she's considering changing the guidelines for movie theaters. Her office responded with a statement that said they are consulting with business owners and health experts on the issue.

"Our office's decisions surrounding the reopening process have been guided by science, data, and the advice of doctors and health experts," the governor's office said in a statement. "In our development of guidance for Phase 2 of reopening, theaters are governed by specific guidance for indoor and outdoor venues. Our office is continuing to consult with business owners and the health experts at the Oregon Health Authority about whether movie theaters could safely reopen in Phase 1 counties with appropriate health and safety measures in place."

It's hard to know what the coronavirus pandemic means for Portland's independent theaters in the long run. Will it represent a brief intermission or the closing credits? Doug Whyte is optimistic that quarantine will have a lot of people itching to leave the house.

"I think when this is all over, people are going to come out even more than they did before because they will be so tired of sitting on their couch and streaming movies," he said. "The idea of being able to sit safely in a theater with other people and watch something on film and talk about it afterwards and have a beer and a slice of pizza — people are pining for that."