'It's hurting us so bad': Portland business owners call on city leaders to stop violence downtown

“It doesn’t make any sense,” said Jen Causey as she stood inside her empty coffee shop with wood covering her windows. 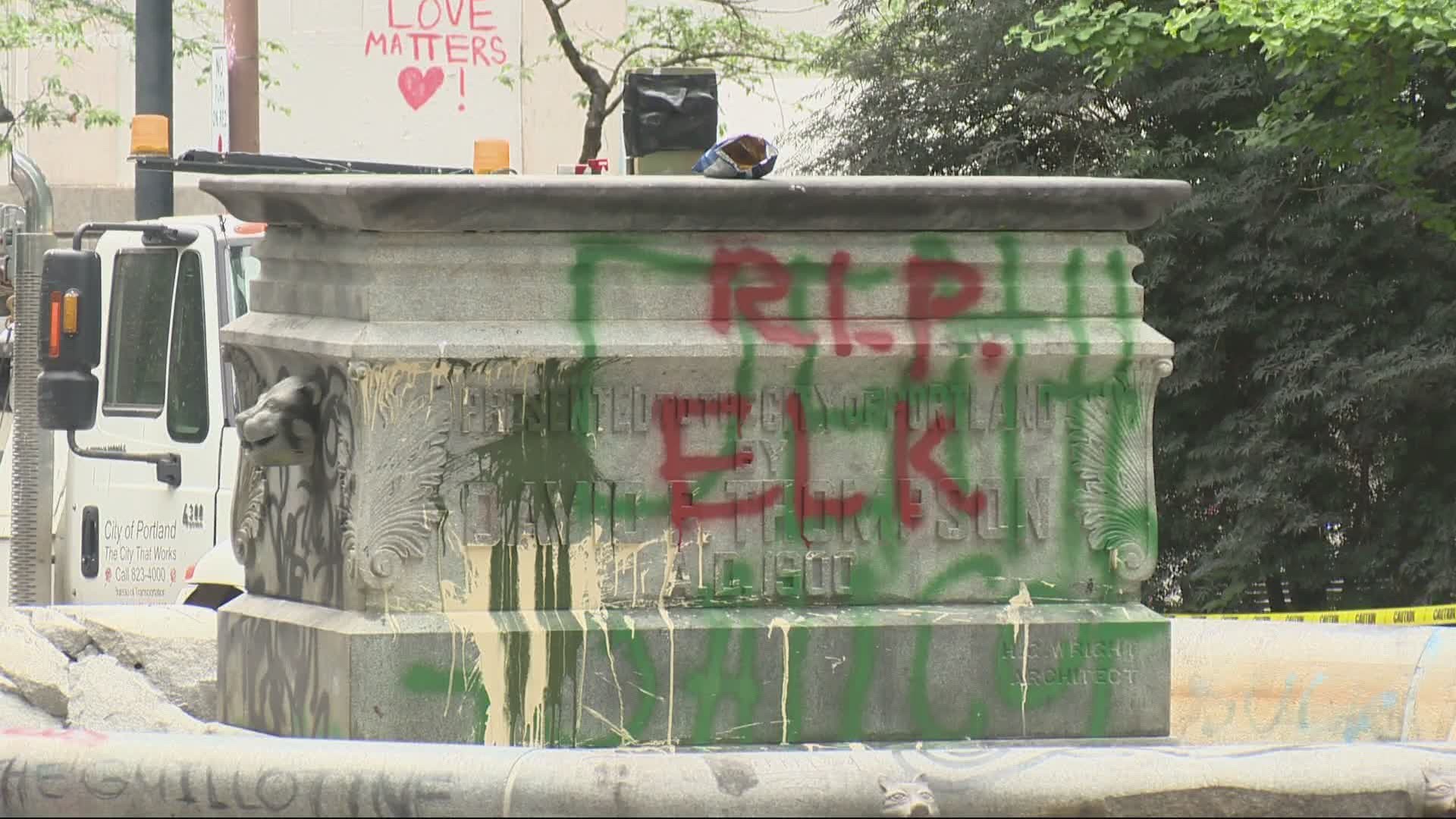 There is graffiti in many places—but especially on the base that held an elk statute for more than 100 years—and on the outside of the federal courthouse.

RELATED: Elk statue removed from downtown Portland after protesters set its base ablaze

There is frustration among business owners struggling to survive after shutting down due to the coronavirus pandemic, and then reopening to chaos.

“It doesn’t make any sense,” said Jen Causey as she stood inside her empty coffee shop with wood covering her windows.

“I was patient at first and I understood why the destruction was happening. But it’s still happening and it's hurting us so bad,” she said.

Causey owns the Lotus and Bean coffee shop. She supports the peaceful protests, but not the destruction. Like many owners, she wants action from city leaders.

“Well, I’d like people to come back to downtown. And so I would like the leaders to stress to people that downtown is not an unsafe place to be. And I think a lot of people that don’t live downtown have this idea that its like a battle ground down here. During the day, it’s a ghost town,” Causey said.

Part of that is no doubt due to the coronavirus, but there is no missing the blocks and blocks of boarded up store fronts.

Workers hoisted more boards onto the federal courthouse Monday. It's not exactly an inviting image that would draw locals or tourists to visit.

At Portland’s oldest restaurant, Huber’s, co-owner James Louie said those who think the destruction helps their cause are wrong.

“Those people, they need to stop. If they think they’re helping, they’re actually hurting,” he said. “I think, I mean mainstream Americans, the silent majority, we’re actually kind of tired of seeing these anarchists destroying our city. And we would like to see the police step up and take care of these people."