"I'm not telling you to go ruin or dispose of E-scooters in PDX, however if you utilize your own free will to do so, send us the video or photos," the account bio reads. 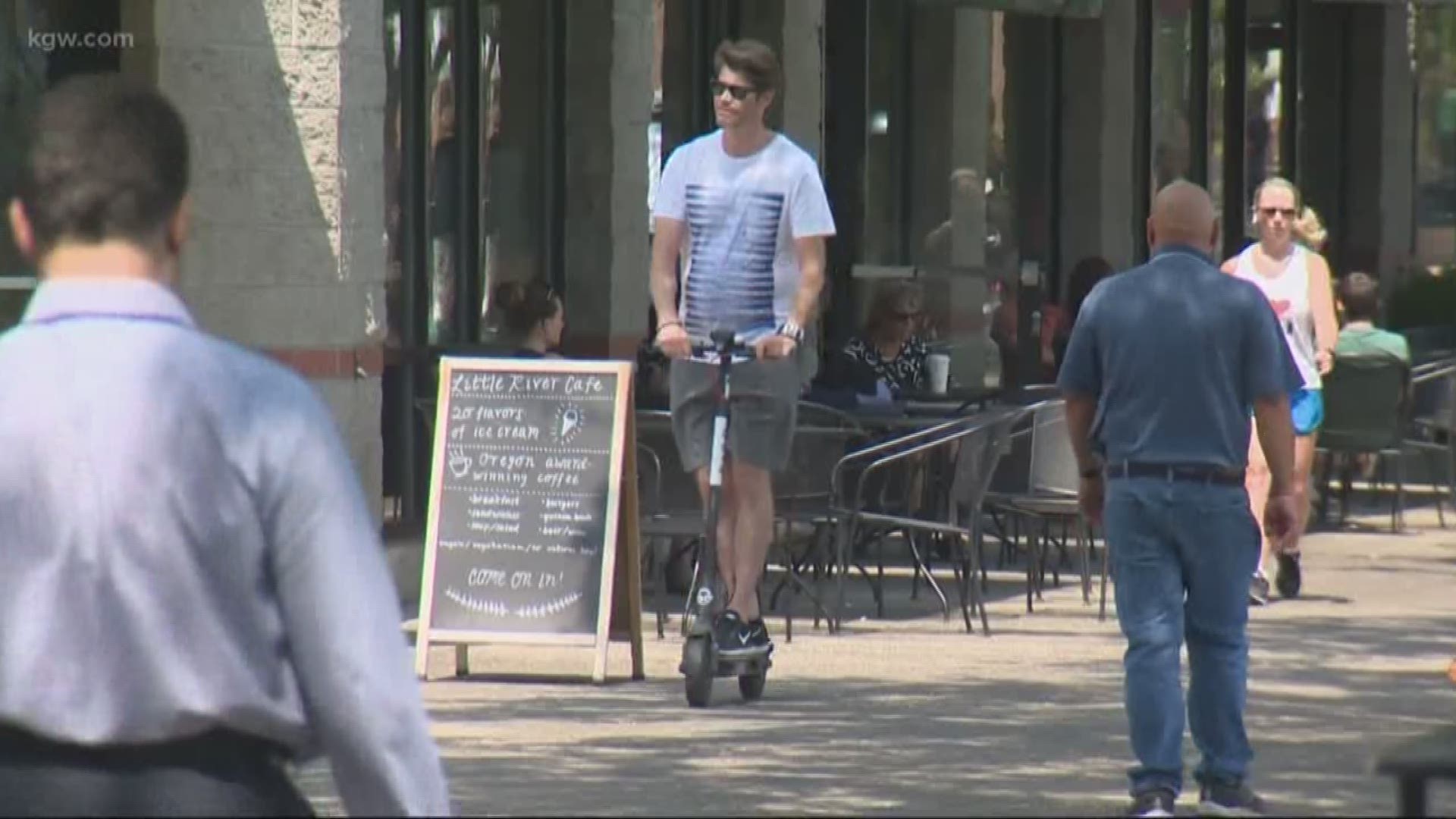 PORTLAND, Ore. — Since Portland launched a pilot program for e-scooters in late July, a number of people in Portland have taken to destroying the scooters and documenting the vandalism on video.

An Instagram account, Bird Hunting PDX, has been publishing that footage since the pilot program began. The account has posted 39 photos or videos of the abuse or destruction of scooters since its first post on July 27 and has gained 652 followers.

"I'm not telling you to go ruin or dispose of E-scooters in PDX, however if you utilize your own free will to do so, send us the video or photos," the account bio reads.

The account displays videos of people throwing scooters off bridges, into the river and into trash bins.

The PDX account is similar to a popular California-based Instagram account, Bird Graveyard, which has more than 42,000 followers and has posted 123 videos of scooter mayhem from around the country.

Bird Hunting PDX isn't the first website or social media account to chronicle the destruction of scooters in Portland.

Another site, scootersintheriverpdx.com, keeps track of how many scooters have been thrown into the Willamette River. The number is 17, if you're counting.

The Portland Bureau of Transportation told KGW it doesn't track broken scooters but those who damage them are subject to property crime laws.

"We take it seriously but from our standpoint, it’s can these scooters be operated safely," said a PBOT spokesperson. "Vandalism is unfortunate."

RELATED: Scooters, bikes, e-bikes: How to go car-free in Portland

Portland's shared scooter pilot program started in late July and will last through Nov. 20. In the first two weeks of the program, users traveled 75,000 miles on more than 47,000 e-scooter rides.

During the pilot program, the Portland Bureau of Transportation will evaluate whether the scooters are safe and suitable for use in Portland.