The Oregon Shakespeare Festival is working to plan and schedule a 2021 season. 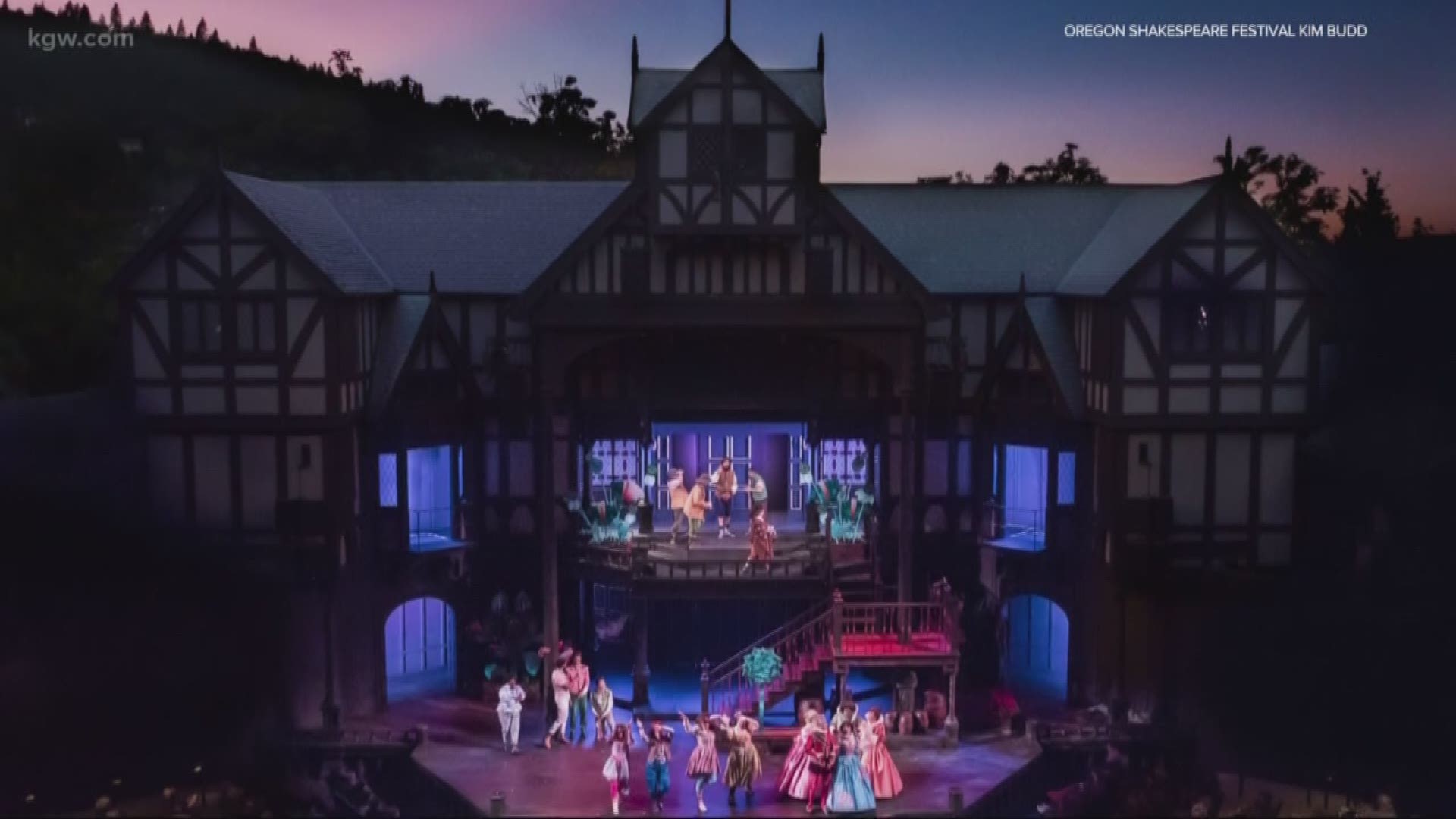 ASHLAND, Ore. — Editor's note: The video above is from April 8, when the Oregon Shakespeare Festival announced it was delaying its 2020 season.

The Oregon Shakespeare Festival, a major tourist draw in southern Oregon, is cancelling its fall season due to the coronavirus outbreak.

In a statement the festival noted Oregon Gov . Kate Brown recently said that large gatherings wouldn’t happen in the state until at least late September. The company’s season was to begin Sept. 8.

The festival urged 2020 ticketholders to donate tickets or consider a voucher for use in 2021.

The Tony Award-winning Oregon Shakespeare Festival is among the oldest and largest professional nonprofit theaters in the nation. It prides itself on offering outdoor showings of Shakespeare’s plays performed in a venue similar to what his contemporary audiences would have experienced, but it also offers other types of theater in indoor performance halls.

OSF ticketholder can see what options are available to them at the OSF COVID-19 webpage.

RELATED: 'Make sure there is a theater to come back to': Oregon Shakespeare Festival delays season, cuts staff