Oregon Lottery's Scoreboard app gets off to a rocky start

Despite the hiccups, there was a lot of action. Oregon Lottery says that in 24 hours, over 7,000 had registered, depositing more than $300,000 into their accounts 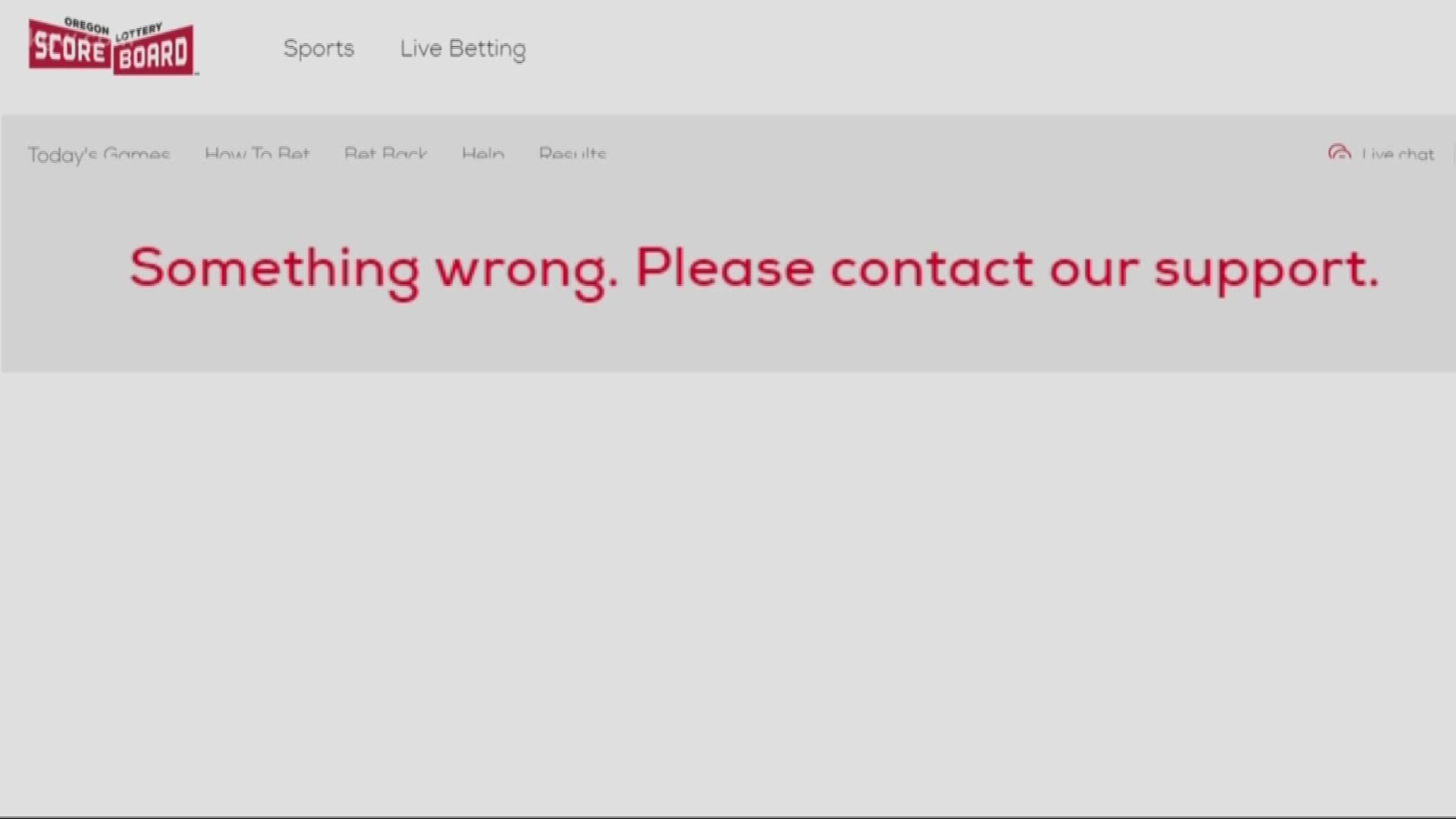 Many complained about the sign-on process and their e-mails not working properly.

The Oregon Lottery acknowledged user's frustrations, saying due to a high number of people jumping on the site to register, the site got "bogged down".

In a follow-up tweet a few hours later, the Lottery said the issues had been resolved.

Despite the hiccups, there was a lot of action. Lottery spokesperson Matt Shelby says that in 24 hours, over 7,000 had registered, depositing more than $300,000 into their accounts.

20 users even putting money on the Trail Blazers to win the NBA Title.

After weeks of delay, Oregon Lottery launched the app on Wedneday night. The website and mobile app allow users to place bets on their favorite professional teams and a wide variety of sports including:

Sorry college sports fans, college games are not available to bet on.