Oregon Lottery officials are testing a new app called Scoreboard which allows fans to wager on nearly all professional sports. 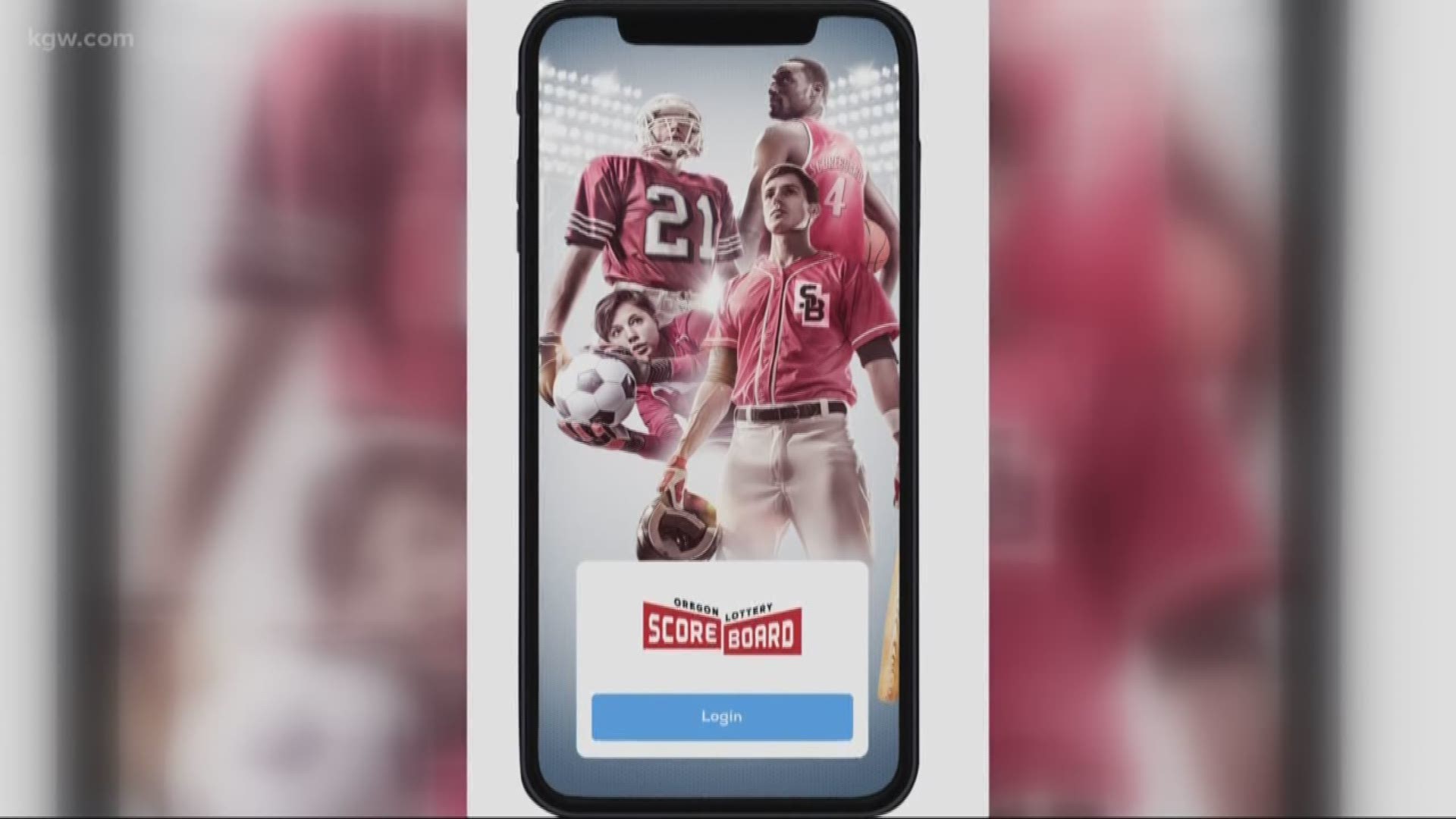 PORTLAND, Ore — Get ready, sports gamblers. The Oregon Lottery is about kick off a new mobile app that will allow people to bet on nearly every professional sport, including NFL football games during this upcoming season.

The app called Scoreboard will allow bettors to wager on football games before kickoff, during the live action and even make prop and futures bets, including which teams will play in the Super Bowl.

The Oregon Lottery has not yet officially launched the Scoreboard app. It is still in the testing phase. Here's what we know:

When can I start betting on NFL football games in Oregon?

The Oregon Lottery is hoping to have the Scoreboard app up and running by the start of the NFL regular season. Lottery officials admit it may not be ready for the season opener. They are testing the app to make sure it works correctly and is secure.

Can I bet on college football games?

No. For now, you can only bet on NFL games. Lottery officials say they could revisit college sports betting at a later time.

Can I bet on other sports?

Yes. The Scoreboard app will allow users to bet on a variety of professional sporting events including basketball, baseball, soccer, tennis, NASCAR, hockey and even professional cricket.

How much can I bet?

The minimum bet is $1. There is no maximum bet.

Are there age requirements?

You must be over 21 years old to use the Scoreboard app.

Do I have to be in Oregon to make a bet on the Scoreboard app?

“You are going to have to have two feet in the state,” said Matt Shelby, a spokesperson for the Oregon Lottery.

The mobile app will have geofencing that prohibits users from making a wager outside the state of Oregon or on tribal lands. Sports gambling remains outlawed in neighboring states of Washington, Idaho and California.

How do you put money into your online account?

Players can use various forms of payment including bank cards, credit cards and PayPal. It’s similar to other apps, like the Starbucks app, where you load credit.

Is the Scoreboard app the only way to bet on sporting events?

Yes, for now. The Scoreboard app or lottery website are the only ways to play but eventually sports bettors will also be able make wagers at lottery kiosks or at Oregon Lottery retailers.

How is this different from the old Oregon Lottery Sports Action game?

Sports Action was a simple parlay game introduced by the Oregon Lottery in 1989 for NFL games and later NBA contests. The new Scoreboard app allows betting on single games, parlays and in-play wagers placed after the event has started.

What type of wagers can I make on an NFL game or sporting event?

Players can make a variety of bets on sporting events using the Scoreboard app. You can bet the moneyline, which means you wager on who you think will win the game. Players can also bet the point spread, which means picking the winner after the handicap is considered. The handicap or spread is the forecasted point differential between two teams. You can also bet the total (over/under), which is the total combined scoring of both teams. Players can also make prop bets on something happening or not happening within a game. For example, a prop or side bet could be whether a football player has more than 100 total rushing yards during a game.

Who sets the point spread and can it change for an NFL game or other sporting event?

Similar to sports books in Nevada or off-shore accounts, point spreads are set by the individual operator and can change depending on betting trends, player injuries or a variety of other factors. But once you make your wager your point spread can’t change.

How much money does the Oregon Lottery expect to bring in from sporting gambling?

The Oregon Lottery projected $332 million to be wagered in the first year and $722 million by the third year as it becomes more popular.

What is the Oregon Lottery doing to prevent sports bettors from problem gambling?

There are several features within the Scoreboard app to help prevent problem gambling. People who appear to be high risk, based on their gambling activity won’t receive marketing information. There will also be pop-ups offering intervention and information about problem gambling helplines. Lottery officials won’t shut down someone’s account if they see high risk behavior, but they continue to talk about this option.

RELATED: INSTANT MILLIONAIRE: We asked 149 millionaires how they spent the jackpot