About a dozen indie movie theater owners argue they're misclassified as venues and should be allowed to operate in Phase 1 because they can do so safely. 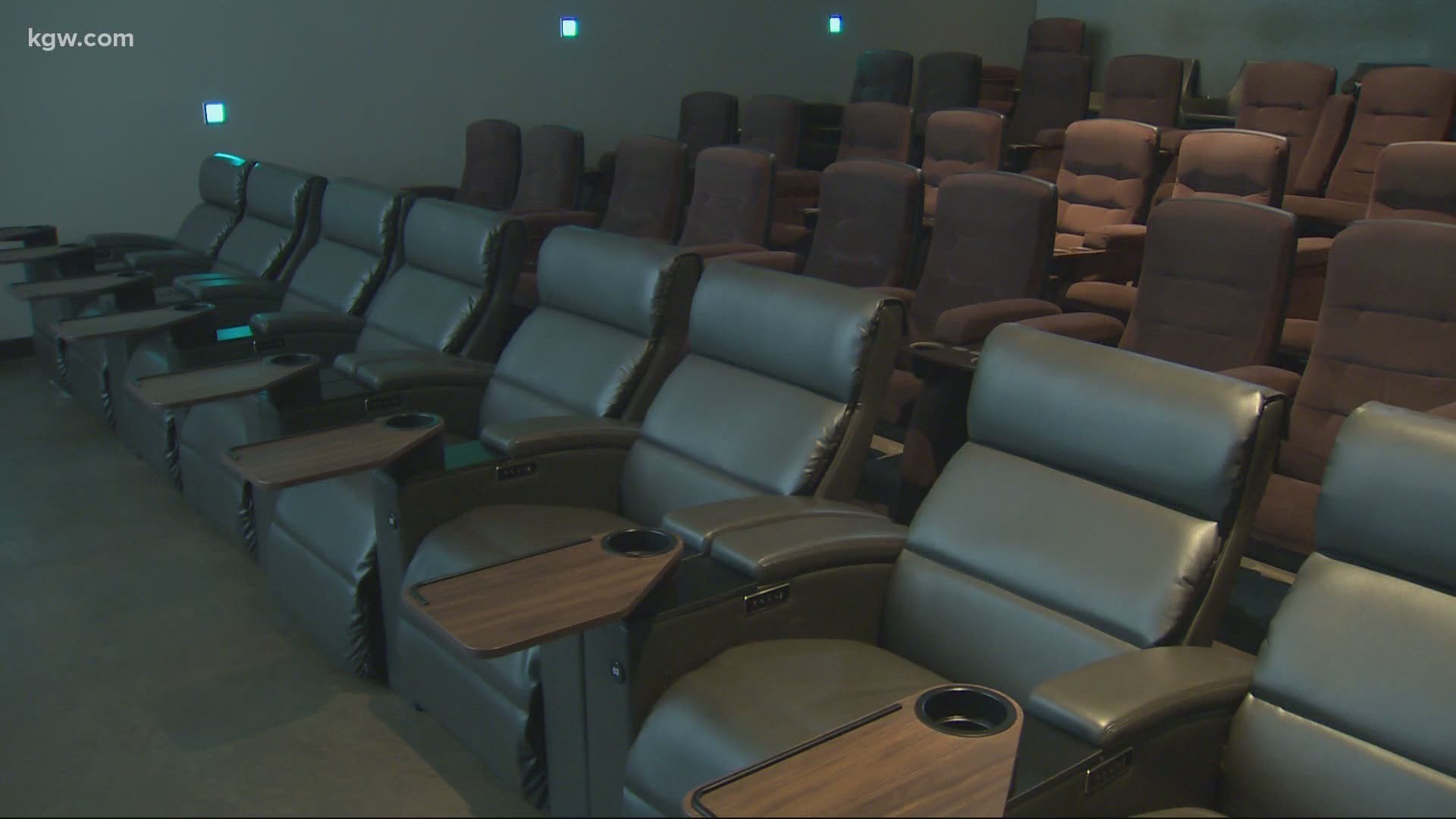 PORTLAND, Ore. — Summer is usually blockbuster time for movie theaters but this summer is anything but usual. Theaters are open in parts of the state, but not in the Portland metro area because it is still in the first phase of reopening.

Some independent movie theater owners are asking Gov. Kate Brown to change that.

The future can look daunting for businesses still shuttered under the governor's orders.

"This is going to be a slow process both for public trust to come back and people to feel safe going out amongst groups of people, but also just us getting to a place where operationally we can function efficiently," said Living Room Theaters CEO Steve Herring.

If he can't speed that up, Herring at least wants to shorten the timeline for movie theaters to fully open again.

"All of the major studios are sort of standing by this: if the government doesn't allow ticketed attendance, they're not going to sell their films into any given city or market where that's the case," Herring said.

Herring is one of about a dozen indie theater owners or managers in Oregon counties still in Phase 1 of reopening who signed a petition sent to Gov. Brown. They argue they're misclassified as venues and should be allowed to operate in Phase 1 because they can do so safely, rather than wait for Phase 2.

Based on their operational models, he feels Living Room and other indie theaters have room to space people out in order to keep at least seven feet of distance between them. In Living Room's largest auditorium, under those parameters, about 15 people could be accommodated.

RELATED: 8 places to see drive-in movies this summer in Oregon

In the month or two before the governor's stay-home order, Herring said they had implemented safety measures that could be in place today. Living Room is also holding private screenings for groups of up to 10 people who want to rent out an auditorium.

"We also have spaced our shows so that we can guarantee as one show or group is coming in they’re never interacting or being in the same space with another group of people," Herring explained.

They are not selling any food or drink at the concessions counter; instead they are taking people's orders at their seats.

"All our staff is masked with face shields. We're taking people’s temperatures. We have better contact tracing than, say, a bar or restaurant because we have people's contact information from their ticket sale," he said.

New rules also mean everyone has to be masked even while in their seats, unless they're eating.

"We just have bills and no revenue. And we still have staff we’re paying that we’ve kept on this entire time. So, being able to open the door, even in a very limited capacity, is still dollars we didn’t have weeks ago and don’t have now," Herring said.

"I couldn't have gone much longer being closed because we still have to pay our bills even when we're closed," he said.

Since Marion County got the green light to enter Phase 2 he's mostly just been able to play classics at his one-auditorium theaters in Stayton and Dallas. Not a lot of people show up.

"People are still leary to get back to theaters, I guess. We’ve made it safe and did all precautions and masks. We're sanitizing everything and our seating switched to assigned seats now," Mexico said.

He also installed a new HVAC system to help prevent the spread of the virus.

But as new movies roll out again, he's hopeful he'll hang on, especially because he has the support of the small towns in which his theaters are located.

Federal disaster relief funding came in just when he needed it to before he was allowed to reopen.

"Living in this small town, I see families and kids needing something to do. We've watched little kids grow up to be teenagers and now they're working for me," Mexico said.

Meanwhile, indie theaters still closed in Oregon don't know how much longer they can hang on.

"From the standpoint of what movie theaters will survive, the danger, in Oregon at least, is that the small ones are on very, very treacherous ground at the moment," Herring added.