The department said it only had about 1,000 regular unemployment claims left to process as of Wednesday. Tens of thousands of people are waiting for PUA claims. 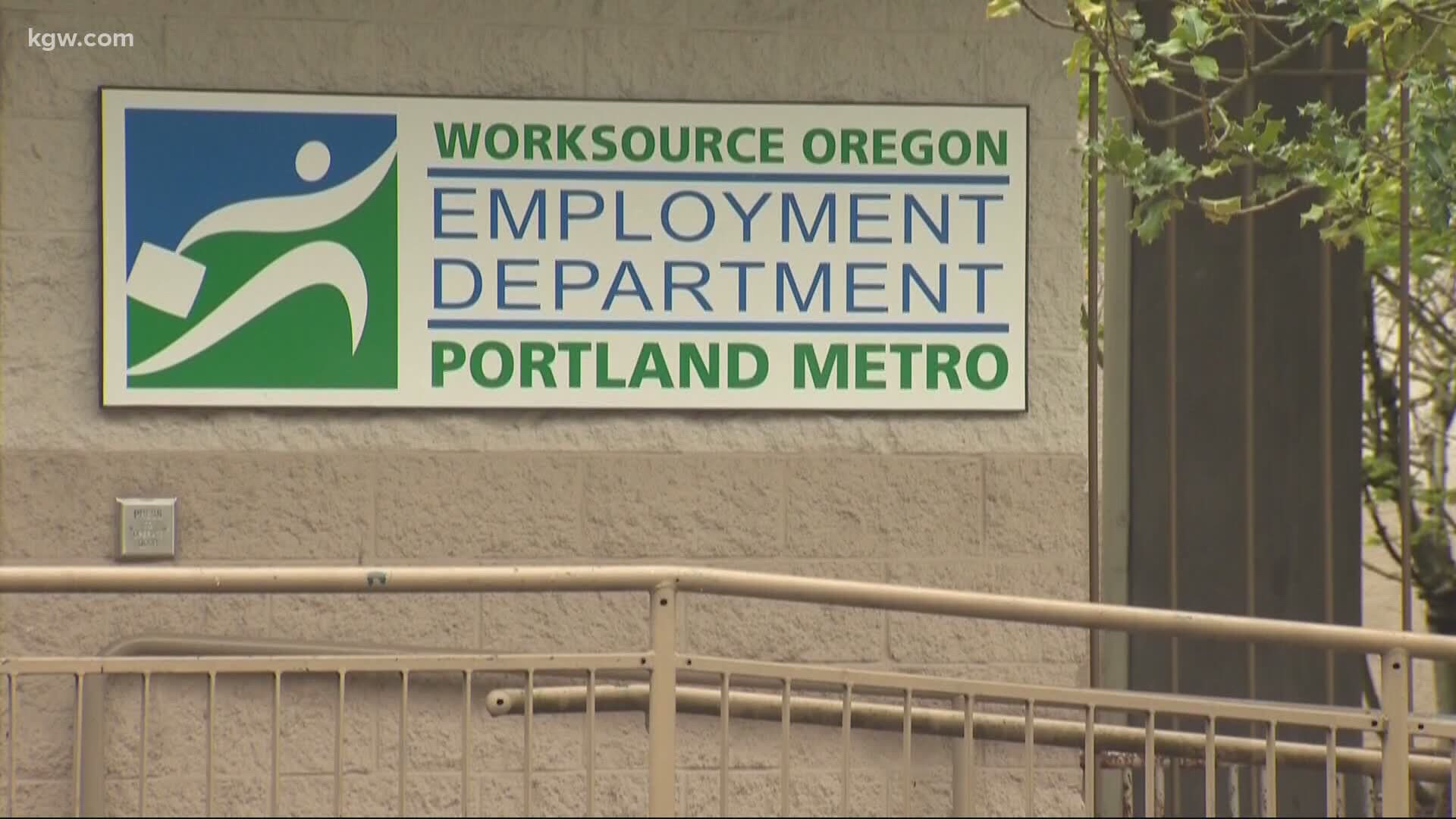 SALEM, Ore — As of Wednesday, the Oregon Employment Department says it has less than a week's worth of regular unemployment claims left to process. That comes out to about 1,000 claims, with the oldest filed in late July, according to interim director David Gerstenfeld.

The department also announced it met its FOCUS PUA goal of processing 70,000 remaining initial Pandemic Unemployment Assistance (PUA) claims on Aug. 4, several days ahead of the Aug. 8 deadline the department set for itself.

In a news release Wednesday, it said, "The Department is now current with processing regular and PUA unemployment claims, and processing new ones that come in at a record rate, so Oregonians can start getting paid the benefits they are owed." Although a claim may be processed, that doesn't mean it's been paid out.

Gerstenfeld said the bigger challenge is adjudicating tens of thousands of claims to determine their right category.

"It requires an individualized review of certain issues to see if someone can receive benefits," Gerstenfeld said during a Wednesday news conference. "That's more time consuming, and it takes more time for our employees to gain the expertise and training to do that work."

Reviews can include issues such as whether someone quit, was laid off or was fired. Someone who turns down a job may also be disqualified from unemployment benefits.

The department said it knows many people waiting for this review process are eligible. It set up a Benefits While You Wait program, which pays people earlier while employment staff adjudicate their claims. Those eligible do not need to contact the employment department, Gerstenfeld said.

Others who have struggled to get through the department's expanded phone system can avoid holds by submitting a "contact us" form attached to their claims on the Oregon Employment Department's website. Gerstenfeld said that system automatically prioritizes people who have been waiting the longest to hear back. It also allows the department to pair claims with staff who have the appropriate training and experience. He warned the system flags priority only for the time spent waiting.

"We don't have a way to automate who's in the most difficult situation," Gerstenfeld said.

In cases for those who are out of savings or facing homelessness, he urged people to call employment department. He acknowledged some people have to wait on hold "too long," but said the department needs to hear from people about dire financial situations.