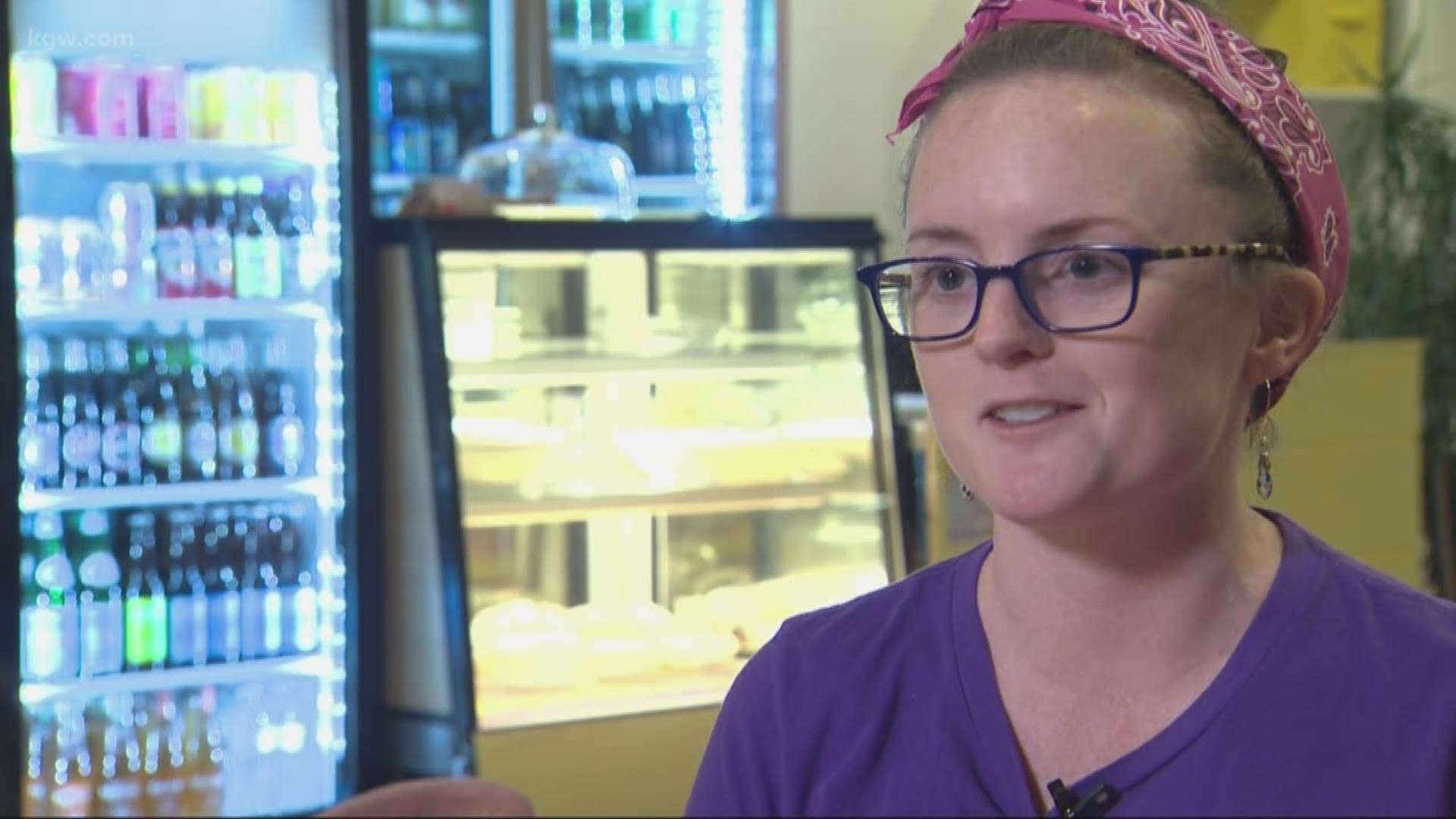 PORTLAND, Ore. — A North Portland cafe owner said she's in danger of closing because of the business that was there before her.

Michaela McVetty owns Sisters Gourmet Deli at 4120 North Williams Avenue. She opened in late September but said business has not been going well.

"I'm thinking, 'I know the food is good, I know the price is right, I know it's a fun atmosphere. Where are the people?'" McVetty said.

To drum up business, McVetty mailed out coupons, advertised on social media and even canvased neighboring businesses. She said nothing worked until she put out a sandwich board that read, "New owners, for real this time."

"The last two weeks we've gotten more people coming in commenting on those signs saying, 'I stayed away because I saw the renovations, but I just thought it was her up to her same old stuff, again,'" McVetty said.

Those people were referring to Sally Krantz, the owner of the previous business that occupied that space. Three years ago, Krantz opened the restaurant Saffron Colonial. One menu item included a drink called plantation punch. A lot of people hated and even protested the restaurant's name, saying it ignored those hurt by colonialism. Back then, Krantz told KGW there was no reason to apologize.

"Let’s try and start over, start fresh, let’s talk about some of the real issues that face Portland," Krantz said. "Forget about all this nonsense."

Krantz did start fresh, renaming Saffron Colonial twice, first to BORC and then to Fika. Finally, she sold her lease to McVetty, who said she has to convince customers of that fact daily.

"I say, 'Hi, my name's Michaela and they say, 'No, who's the real owner? Where is she?' I have the business license ready to go," McVetty said.

Some customers, like Lety Juarez Sisson, are in McVetty's corner.

"It's a little unfair; she has to work 10 times harder than a normal business when opening," Juarez Sisson said. "It's a place you want to come and visit and take the time to know the people."

McVetty said she hopes customers just give her a chance.