'First of all, it's a ludicrous tax': New Oregon house bill would heavily tax beer and wine makers 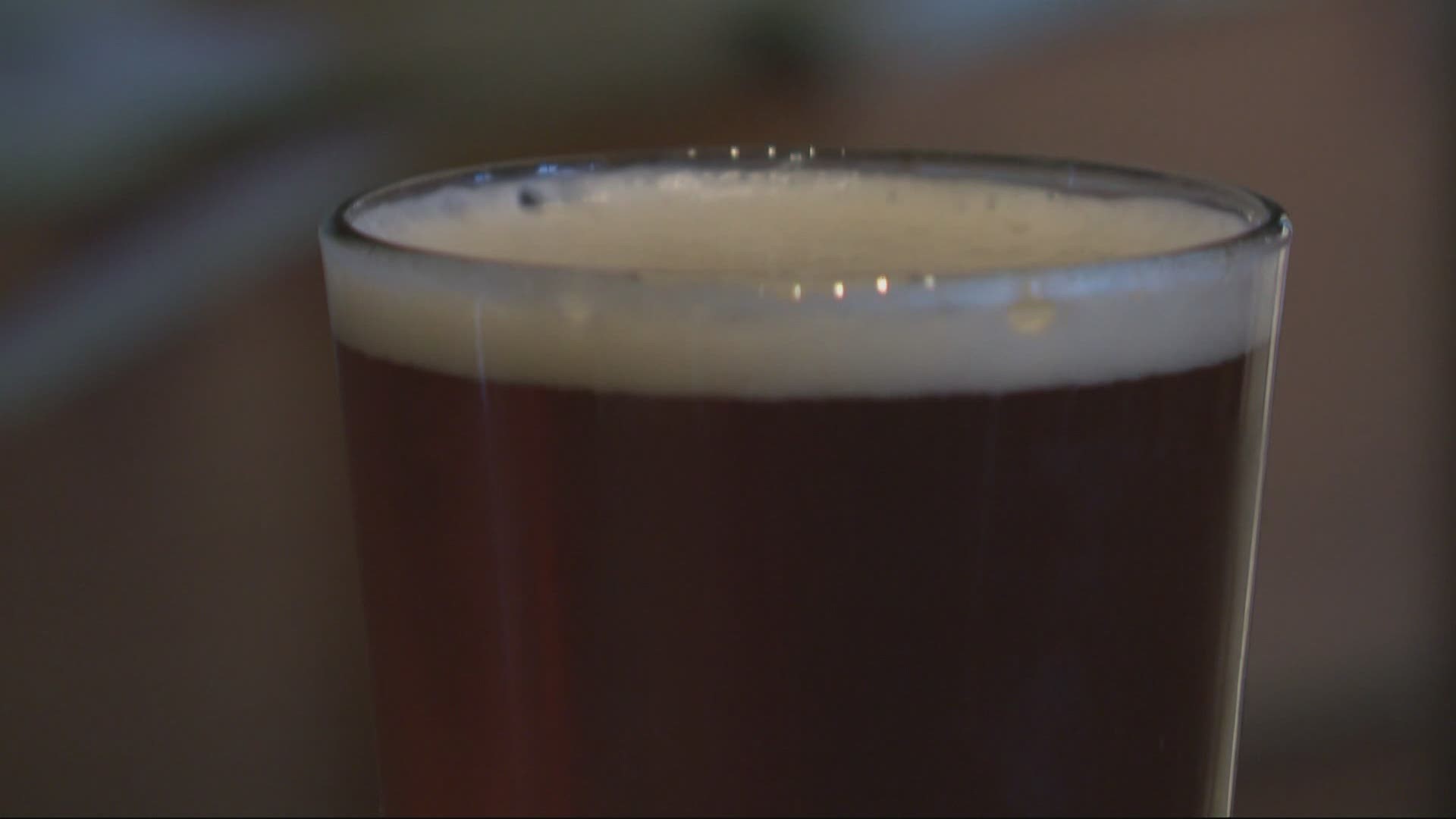 PORTLAND, Ore. — Oregon beer and wine makers say a new bill proposed in the Oregon Legislature would unfairly increase a tax on the price of a barrel.

Oregon currently has one of the lowest taxes on a barrel of beer in the country. Each barrel is 31 gallons and Oregon's tax is $2.60 per barrel.

"First of all, it's a ludicrous tax. To go from $2.60 cents to $72.60 is actually like just bonkersville," said Ecliptic Brewing founder and brewmaster John Harris.

He said the price of a six-pack of beer would increase from around $11 to $16.

Alex Sokol is a winemaker and co-president of Sokol Blosser Winery and Evolution Wines in Yamhill County. He said the proposed tax would be "a deterrent for all wine sales."

"It would make it cheaper for someone to buy our wine in New York City, and have it shipped here than to buy it from your local grocery store," Sokol said in an email.

He also said his companies' price per bottle would go up by $8 to $12.

"This is a tax that says to us, 'Hey Oregon wineries, please make your wine here, employ lots of people and pay taxes, but please don’t sell it here,'" he said.

RELATED: 'It has been a roller coaster': Yamhill County wineries to reopen indoor tasting rooms

Proponents of the bill say passing the cost on to the customer is the point. They argue if the price goes up, underage drinkers or binge drinkers won't have the money to buy more. They also say this increase is long overdue.

"We have not raised the beer tax since Jimmy Carter was president, even for inflation. We haven't raised the wine tax since Ronald Reagan was in his first term," said Mike Marshall, executive director of Oregon Recovers.

He said the bill is designed to help curb underage and binge drinking.

Oregon Recovers has been helping construct the bill over the last three and a half years.

"The way that we're going to do that is by raising the price of alcohol 20%, so that it dramatically drops underage drinking and binge drinking," Marshal said. "Then take that revenue that it generates and for the folks that are suffering from addiction, putting it into the funding of this strategic plan that we've spent the last three years developing and fully funding it so that we can increase the recovery rates."

In 2018, Oregon Gov. Kate Brown signed an order that declared addiction a public health crisis. Marshall said Oregon has the third-highest rate of addiction and is last in access to treatment.

HB 3296 states that revenue raised would establish an "addiction recovery district" for each geographic region and tribe in this state."

Each district would see an increase in residential treatment beds, detox centers and in-patient and out-patient centers.

"Probably 1,200 residential treatment beds scattered around the state in the 36 counties, another 1,200 detox beds, I think 3,000 outpatient slots all will be created in addition to what we currently have," Marshall said.

The beer industry in Oregon is a billion dollar industry for the state. In 2019, it brought in $6.6 billion in sales.

Beer, especially craft beer, is part of Portland culture, and craft breweries have made their mark. From IPAs and stouts to blonde ales and sours, there is an option to satisfy just about any beer connoisseur’s palate.

If the price of a barrel of beer were to be raised, Michael LaLonde of Deschutes Brewery said it will have a greater impact on more than just the consumer.

"When you raise prices, then people buy less. Therefore every brewery has to cut expenses, which means jobs."

Every alcohol maker KGW spoke with said they support the need to increase access to addiction recovery resources, but said this bill was not the way to go about it.

RELATED: 'It has been a roller coaster': Yamhill County wineries to reopen indoor tasting rooms