The report says the city rarely enforces its regulations and does not know the effect that thousands of rentals listed through booking agents like Airbnb have on housing affordability and availability. 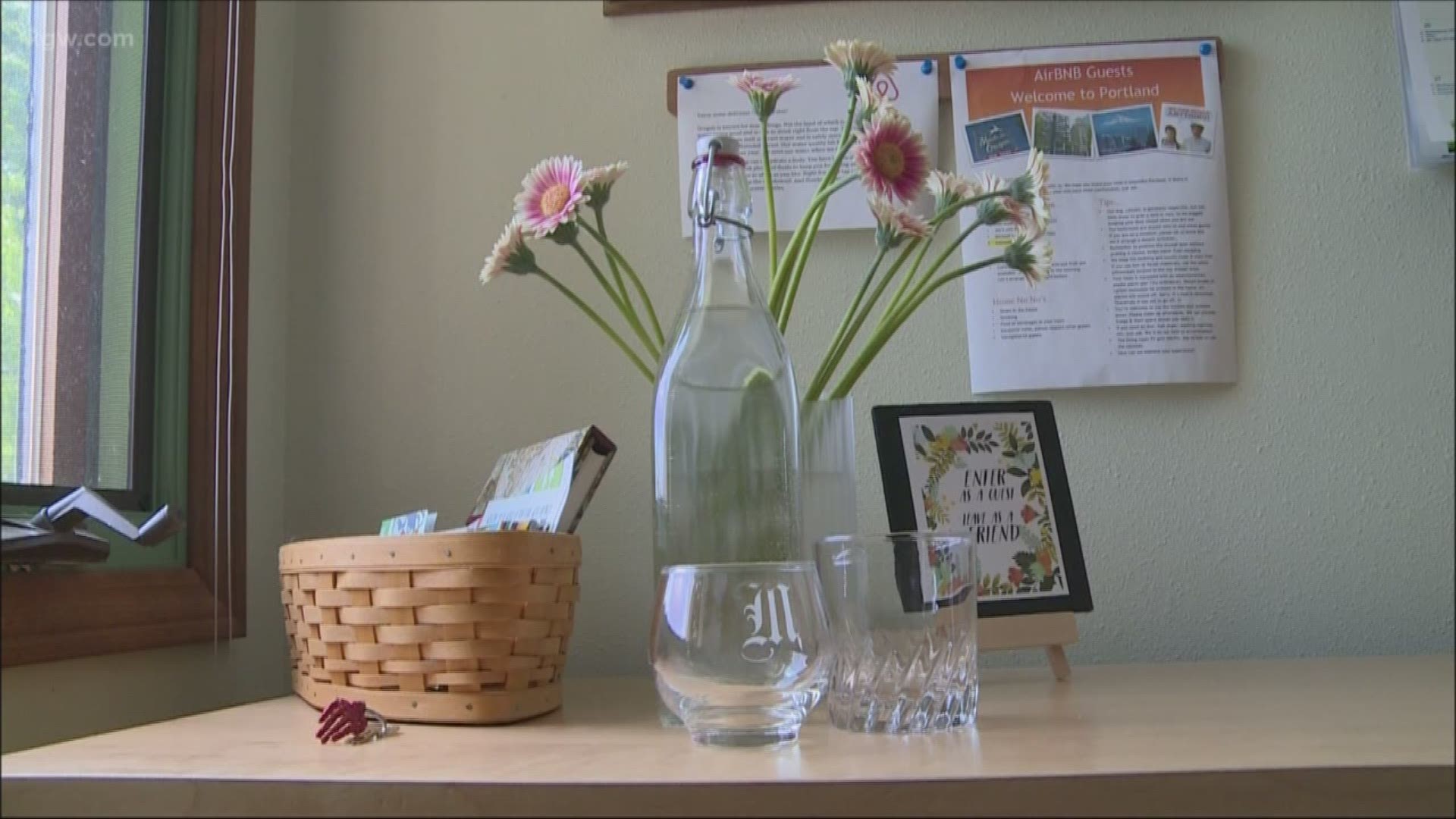 PORTLAND, Ore. — Almost 80 percent of short-term rentals in Portland are not properly permitted by the city, a report from the city auditor finds.

What’s more, the report says the city rarely enforces its regulations and does not know the effect that thousands of rentals listed through booking agents have on housing affordability and availability.

A significant reason for the lack of enforcement, the audit says, is that booking companies like Airbnb do not provide data to the city.

For the report, auditors relied on Inside Airbnb, a group not affiliated with Airbnb, which compiles information such as the listing, location and host information from Airbnb’s website. The report says the information, while limited, was reliable enough to estimate the short-term rental activity in Portland.

According to the report, Portland’s Bureau of Development Services had issued 1,638 permits by October 2017, but at that time there were more than 4,600 listings on Airbnb.

There's no specific Portland city bureau responsible for collecting data and analyzing the impact of short-term rentals on the city’s housing market, the report says.

The Portland City Council in 2014 changed the zoning code to allow short-term rentals. The regulations required all hosts to acquire a Type A or Type B permit, depending on the size of the rental, and to follow restrictions, like a requirement that the host must live in the residence for at least nine months per year, to prevent commercial short-term rentals and “preserve the residential character of neighborhoods,” the report says.

The report recommends that the city revise the permitting process, and obtain data from booking agents, like Airbnb, in order to enforce the city’s zoning and tax code.

“As long as the city does not proactively enforce requirements and there is widespread non-compliance, it will be unable to control short-term rental activities and protect the residential nature of neighborhoods,” the report said.

The city is negotiating with Airbnb to obtain its data. A letter from Portland Mayor Ted Wheeler’s office says the city will “continue to finalize agreements with industry so that we have access to up to date data from the platforms.”

Airbnb public affairs manager Laura Rillos said in a statement, "Airbnb is an economic lifeline for Portland families and 58% of Portland hosts say they use Airbnb to help afford to stay in their homes. The City’s onerous registration system is difficult to navigate and we remain committed to productive conversations with City of Portland staff about a simplified online system that provides the city the information it needs to enforce the law."