Most Clackamas County businesses given green light to reopen

“This will be the new norm and we'll get the hang of it and it'll be fine,” Oregon City hairstylist Melanie Hall said. 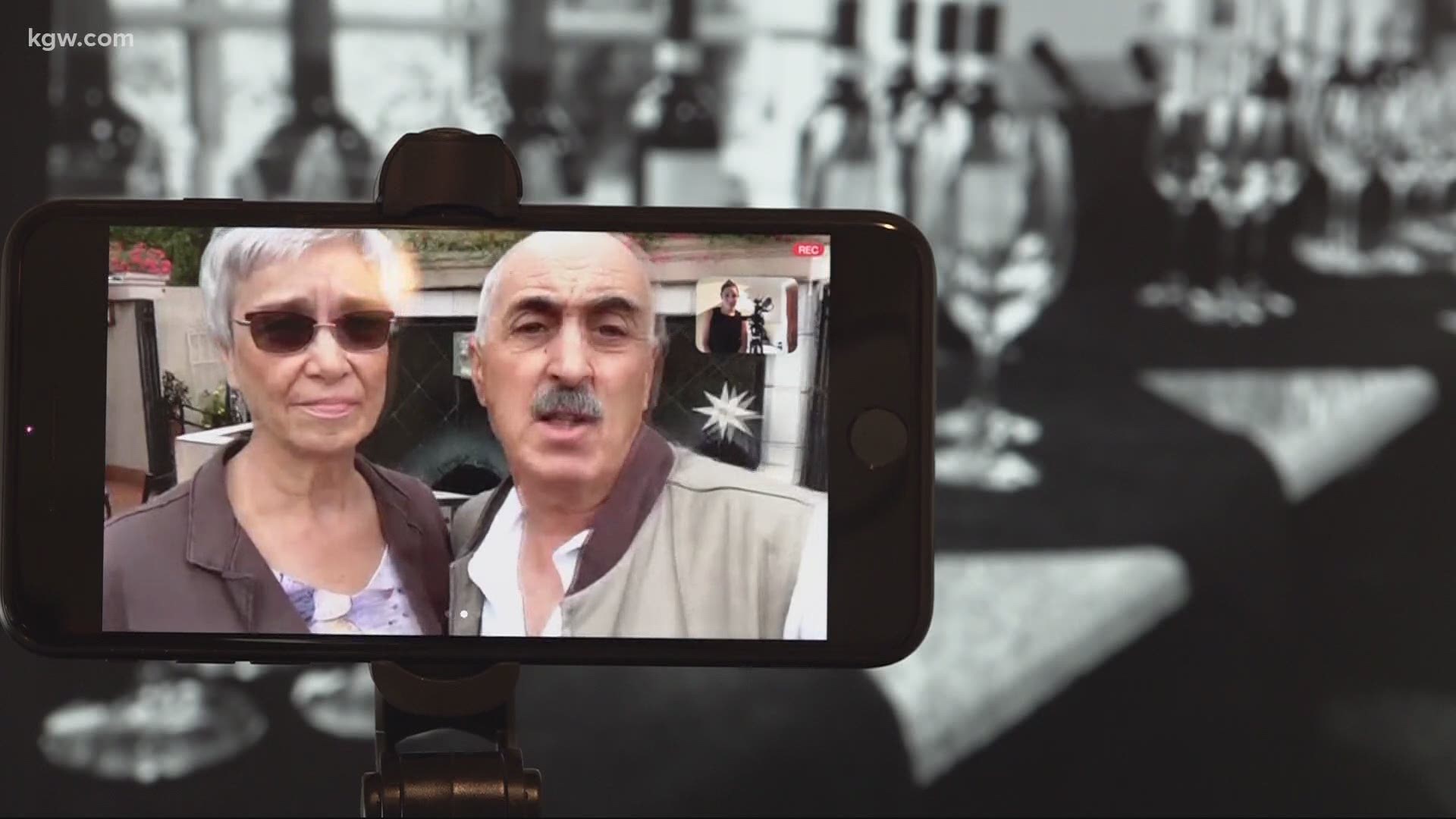 OREGON CITY, Ore. — One county in the Portland metro area got the green light to move forward with the first phase of reopening today.

Oregon Gov. Kate Brown announced Friday afternoon that Clackamas County could allow certain businesses to re-open if they were ready.

In Phase One, businesses face the following restrictions:

Clackamas County had to meet a number of prerequisites to get here, including a decline in cases, enough hospital capacity, sufficient personal protective equipment for health care workers and a contact tracing system.

Clackamas County's application shows they only have 21 of the 63 contact tracers needed. But the state says that’s OK because the county has enough for the current number of cases and a plan in place to train and hire more contact tracers if need be.

Under the state's guidelines for phased reopening, hairstylist Melanie Hall now has to wear a mask and gloves, change smocks between clients, clean constantly, and keep a detailed customer list to aid in contact tracing.

Hair is Hall’s therapy – or “hairapy”, if you will.

“Having that ripped away sucked. So I've been really prepared,” Hall said. "In the back of my mind I'm remembering, ‘OK, am I doing everything I am supposed to? Am I following the state’s requirements?’ So that’s stressful."

All personal care services need to space clients out, which is why the salon where Hall works, Colour Therapy in Oregon City, moved a chair out of the way so no one could use it. She and her coworkers have also shifted their schedules and Hall was the only stylist working Saturday.

Although she's only able to take a few appointments a day, and has the added cost of protective gear, Hall still feels it’s time.

"It is costly but it's more costly to not be getting paid. I have yet to be getting any unemployment,” she said.

Customers can dine-in at restaurants and bars again as long as requirements are met.

RELATED: Mixed reactions for retailers one week after stores reopen

At this point, Riccardo's Ristorante is in Lake Oswego is taking reservations but doesn't expect drop-ins.

"I think that will stay on the downside for now. And it’s probably better for us to control,” Riccardo’s Owner Richard Spaccarelli said.

They can only seat up to 20 people inside the restaurant, compared to their usual 60. It will be the new norm for the well-established restaurant.

“We are prepared. I think we are as prepared as we can be because we thought about it for a long time. Even though it was quick we're ready,” Richard’s wife and co-owner Georgette said.

“Every day we'd say maybe it'll be tomorrow, but when you say that for two months, tomorrow seems like it’s never going to come, and here it is," Richard added.

Jake Joy, owner of The Verdict Bar and Grill, says he was scrambling late Friday night once he heard the news. He knew the second they were given the go-ahead, he had to re-open - out of necessity.

Joy says they will follow guidelines and cut capacity to ensure people maintain their distance.

“We're a small little basement bar and only have so much room, so it's a little nerve-racking,” Joy said. “We're pretty much going to rely on to-go sales still, though, because we can only fit five tables.”

Hours will be limited with a fewer number of staff members on deck. Joy says service will be slower so he asks that customers be patient and understanding.

This weekend, he doesn’t quite know what to expect but does anticipate a line out the door at some point.

“There is a big buzz going around Oregon City: Who’s going to be open? What’s going on?” Joy said.

“Just been waiting and thinking we were a good week to maybe two weeks out,” Better Body Fitness Northwest General Manager Justin LaPointe said. “We're excited to get started. We're still trying to clean up and move some stuff for the flow to work. But we're excited and ready for business.”

Counties hang out in Phase One of reopening for at least three weeks before they can apply for Phase Two.

For the business we talked to Saturday, that's alright.

“We are just looking to get comfortable with the situation for now,” the Spaccarellis said. “We are going to have a lot of fun tonight. It'll be like homecoming!"

"This will be the new norm and we'll get the hang of it and it'll be fine,” Hall said.

Only Washington and Multnomah counties have yet to enter Phase One.

Washington County applied to enter on Friday. If approved, county leaders hope to be able to open on June 1.

Leaders in Multnomah County still aren't giving a date yet for when they plan to apply. Multnomah County has met some of the reopening requirements but the problem is that it only has about a third of the contact tracers it needs.