Washington Gov. Jay Inslee did not include most construction, including home building, under the state's essential workers list during the coronavirus pandemic. 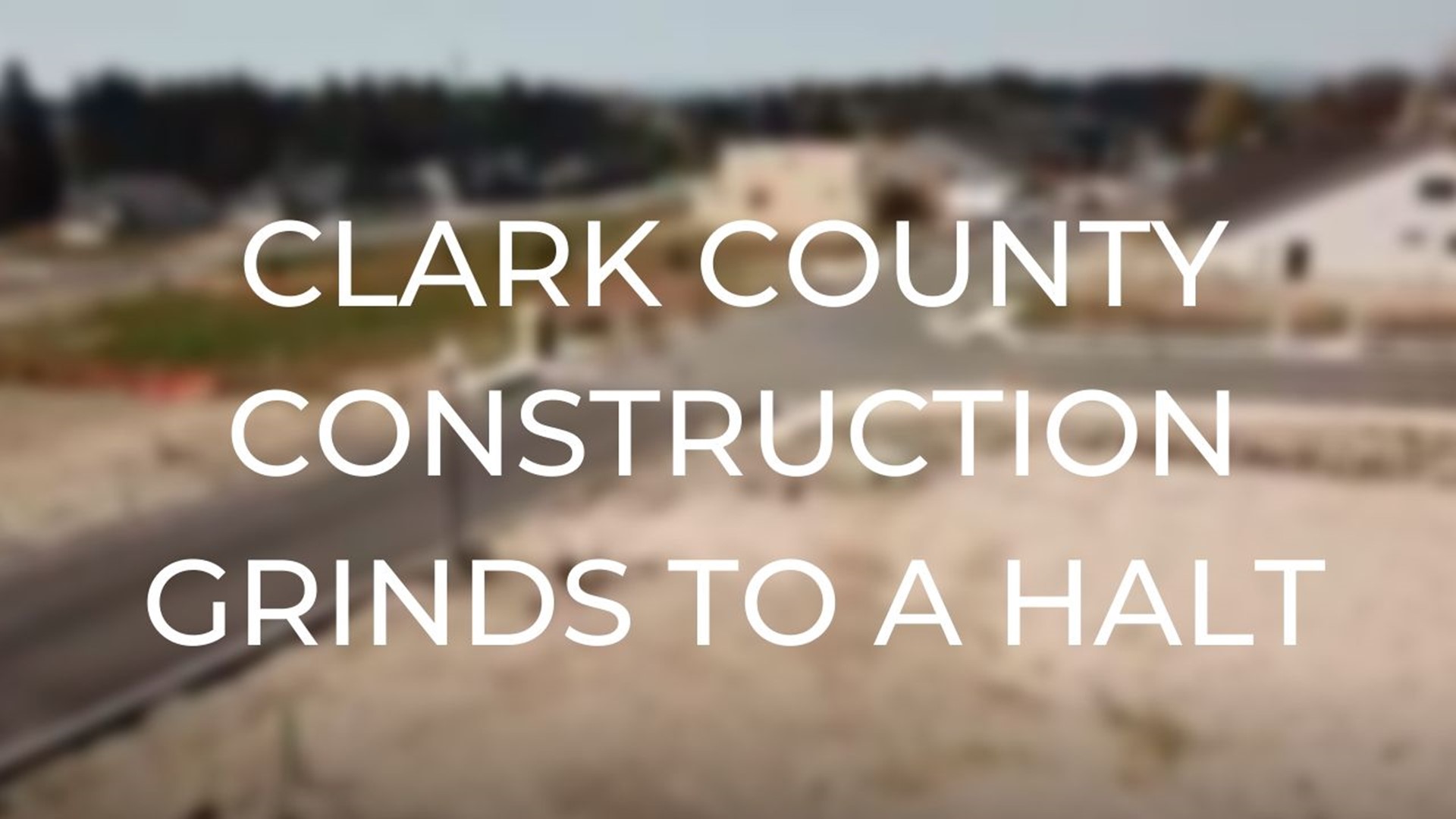 RIDGEFIELD, Wash. — The city of Ridgefield has been on a building boom for several years, with dozens of neighborhoods going in. But right now work is stopped on open lots. The only residential work going on is to weatherproof and secure homes that were already started.

"We’re a family business. just me and my dad and two other employees. We’ve been operating now for about five years," said Juan Silva.

Silva is lucky they'd already started framing a house because they're allowed to finish doing it. It will be their last job for a while.

"There’s uncertainty too with these next few months on, as far as bills for the company and personal bills. All of us have families that we all support," said Silva.

Not so in Washington, where residential construction alone typically contributes $23 million a day to the economy.

"That’s a huge hit. That’s jobs, that’s families, that’s food on the table," said Avaly Scarpelli, executive director of the Building Industry Association of Clark County. It represents builders and construction companies that employ 16,000 workers. It is a very tough time for most of them.

"They are looking at it if they haven’t already done layoffs or furloughs of their staff. It means that some companies will be going out of business," said Scarpelli.

Washington Gov. Jay Inslee has allowed a few exceptions. Commercial building can continue at some essential businesses that offer food, pharmacy, or fuel for transportation. But industry leaders say that's a drop in the bucket.

Silva, who works in a highly-regulated industry, says he appreciates safety. He thinks construction workers thinks can stay safe, even now.

"We’ve been practicing social distancing for quite a while now, we’re only a four-man crew, so it works for us," Silva said.

Both the Clark County Council and the Building Industry Association have written Inslee letters asking him to add construction workers to the essential jobs list, to allow them to work with social distancing rules in place.

The governor's office responded to KGW on the building moratorium, stating in part, "Our priority is stopping the spread of COVID-19, and the governor's 'Stay Home, Stay Healthy' order has suspended or paused many construction projects for that reason... Ultimately, our goal is to prepare an appropriate return-to-work strategy for the rest of the industry." The statement added that the governor's office is working with industry leaders, health and safety experts and others on the strategy.

RELATED: These Oregon businesses were shut down by Gov. Brown's stay-home order