The company said 83 workers will be laid off in January. 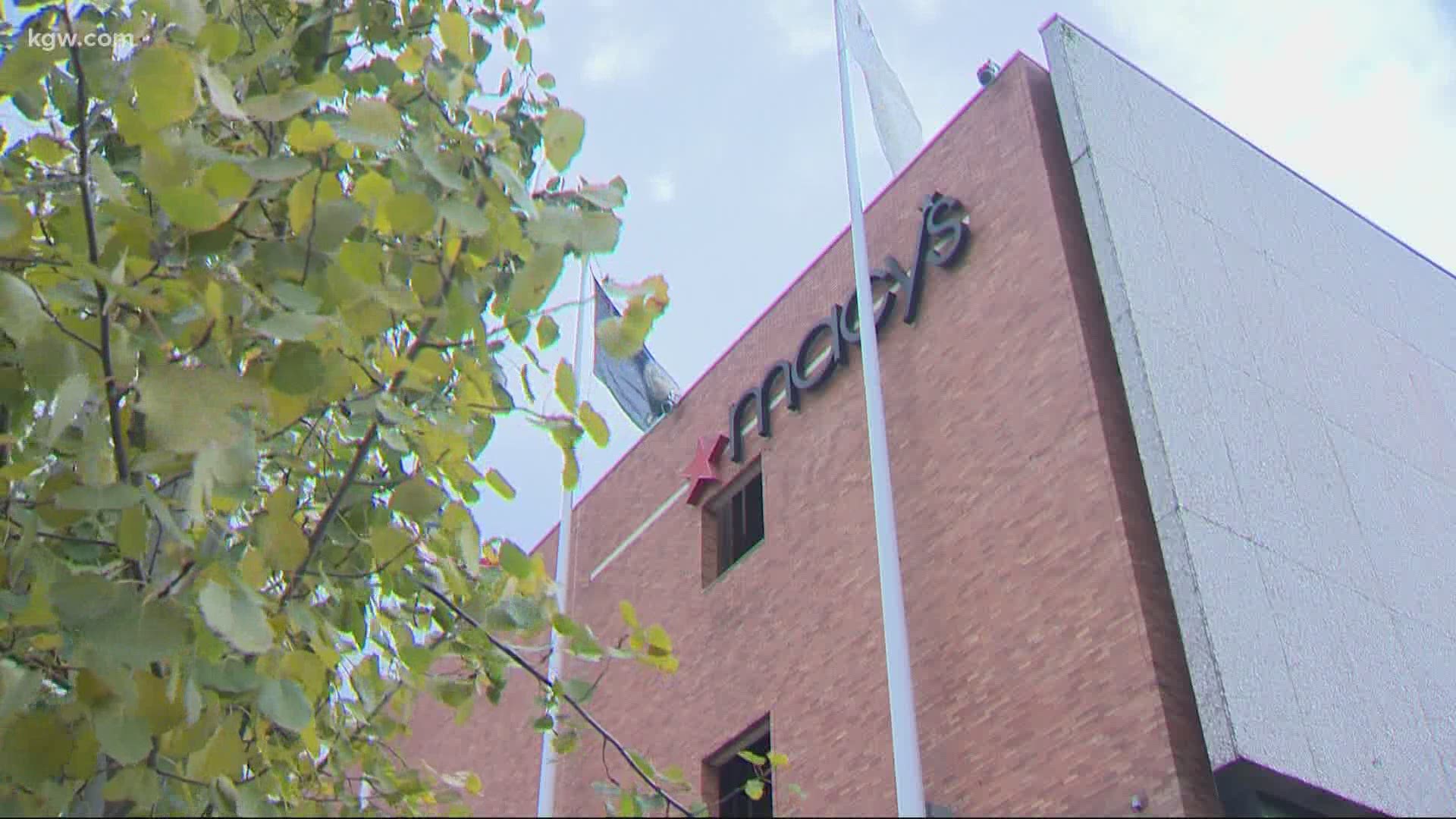 PORTLAND, Ore — The Macy’s store at the Lloyd Center mall in Northeast Portland will permanently close, according to a notice filed with the state Monday.

The company said 83 workers will be laid off.

“Job eliminations are expected to be permanent and are scheduled to occur between January 18, 2021 and January 31, 2021,” a letter from Macy’s to the Office of Workforce Investments said.

The store is located at 1100 Lloyd Center.

Macy's director of media relations, Emily Workman, told KGW via email that the store would remain open through December. She said plans to close the store had been in place since before the COVID-19 pandemic.

"The decision to close a store is always a difficult one," said Workman, "But Macy's Lloyd Center is grateful to have served our customers and community for the past 54 years."

In February, before the worldwide COVID-19 pandemic, Macy’s announced 125 of its least productive stores, including three in Washington, would close and 2,000 corporate jobs would be eliminated as the department store chain tried to reinvent itself in the age of online shopping. No Oregon stores were included in the February closure announcement.

Macy's pending departure is just the latest blow to the Lloyd Center mall. Five years ago, Nordstrom closed its Lloyd Center location due to poor performance. Since then, both Sears and Marshall's have left the mall.

Lloyd Center opened in 1960 and was at the time, the country's largest mall and people on social media remembered. On Twitter, L. Ann wrote, "Back when the earth cooled, it was a big thrill for our Bluebird group to go there and ice skate back when the mall was open air and so grand and big city-ish. I'm sad to see it dwindle."

Amanda Nicole posted this suggestion: "Let's just get rid of it being a mall-- and make it a market square for shops, food, classes etc."

Lloyd Center has stretched and evolved in how it uses its 1.2 million square foot building. Last year the International Council of Shopping Centers honored the mall for its Lloyd Local Pop-Up Initiative. The mall launched the initiative to help Portland artisans and small businesses, while using empty store space.
It's unclear how Lloyd Center will use the space left behind when Macy's leaves. Calls and emails to the mall for comment were not immediately returned.

RELATED: Macy's Thanksgiving Day Parade will not be live for 2020, mayor says