Multnomah, Washington, Clackamas and Malheur are the remaining counties in Phase 1 of Oregon's reopening plans. 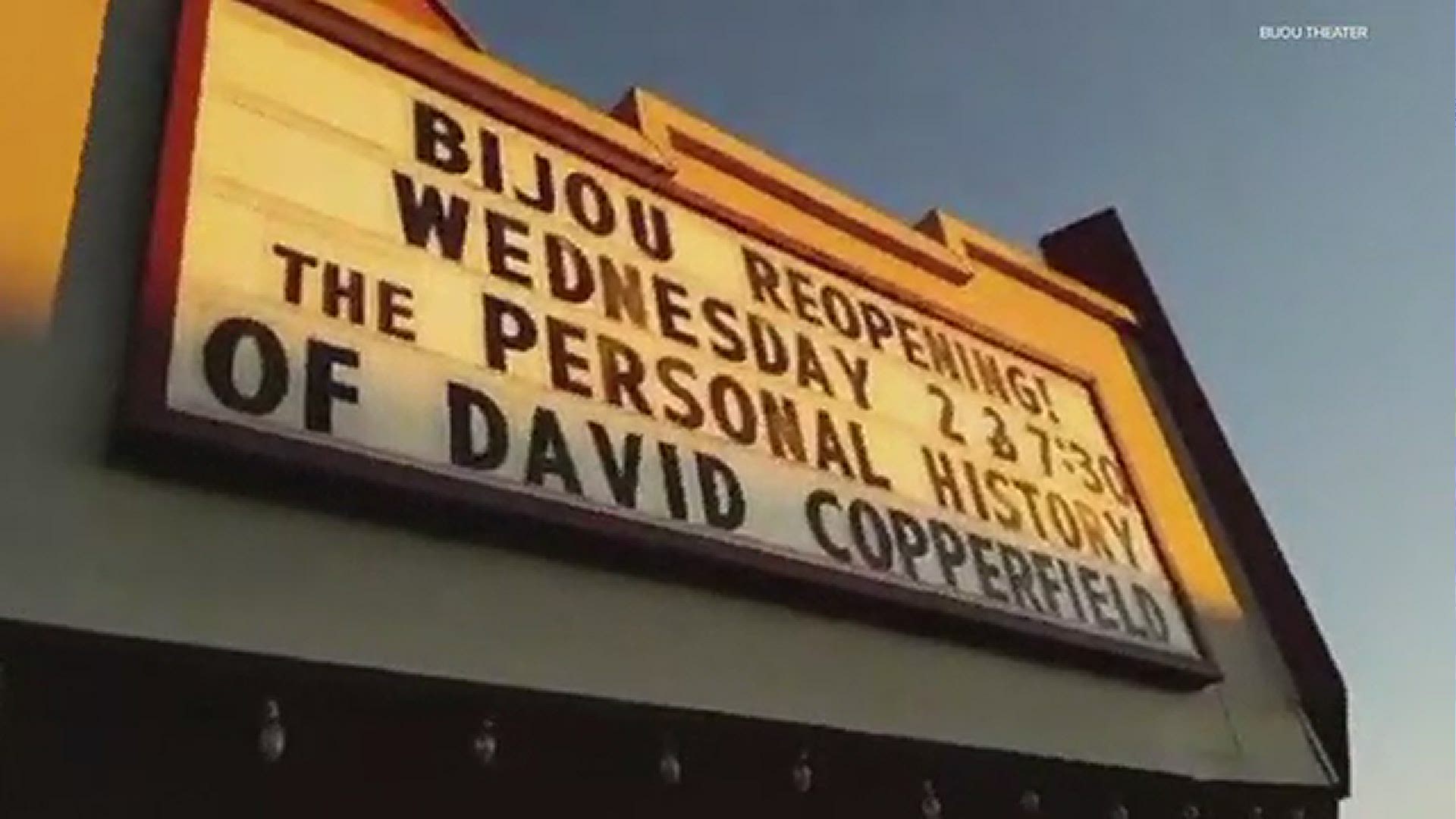 LINCOLN CITY, Ore. — After six months of not being able to show movies indoors, the Bijou Theatre in Lincoln City is now showing a movie inside for a change.

"It's really weird. It's like you're waking up from a very long dream," co-owner Keith Altomare said. "You kind of think you had your act together when we ran the theater for 24, 25 years, but now we're relearning things again."

To keep a stream of revenue coming in, the theater had been selling popcorn and showing movies at an outdoor drive-in theater in a parking lot.

"We have some new fans, some people who've never been to the theater before, but love our popcorn," Altomare said.

He said the support in the beginning was great, but as the days went on it started falling.

"193 days later, it kind of wanes a bit and I can completely understand. The last four to six weeks has been tough, so it's good to get back," Altomare said.

At the first showing since March, the movie "The Personal History of David Copperfield" was playing. Altomare said they have made changes to meet the requirements set forth by the state.

Lincoln County moved into Phase 2 on Tuesday
4 counties in Oregon are still in Phase 1
Multnomah, Washington, Clackamas and Malheur

Malheur being the only county still on the Governor's watch list

If the counties in Oregon Coast were in a hypothetical race to move to Phase 2, Lincoln City came in last. Workplace outbreaks at hotels, senior living communities and a seafood company kept the county from moving forward.

As of Sept. 30, there have been 481 positive cases in Lincoln County.

RELATED: Over 300 people have COVID-19 in Newport, OSU study finds

"We're hoping with our decreased rates we've had over the last several weeks that this will be a safe opening and we can prevent further outbreaks," said Lincoln County Health and Human Services spokesperson Susan Trachsel.

"Some of the big changes that you're going to see are some of the size limits they can have in their buildings, assuming there's physical distancing. Some businesses can open. Concerts can open up again, the movie theaters can open up again. Things that we haven't had on the coast out here for many months, that a lot of people are anxious to go do right now," she said.

Trachsel said people should still adhere to state guidelines and not let down their guard, "Just because we're moving to Phase 2, doesn't mean that those social get-togethers are changing. You still are limited at 10 people indoors with face coverings."

The seven counties that make up the Oregon Coast account for roughly 7.5% of the state's total COVID-19 positive cases.

At Bijou Theater, no seat will be occupied by a person twice in the same day. A patron will be seated in an assigned seat, masks worn and social distancing enforced inside. The maximum occupancy will be 35.

"We've got a dozen people in the 2:00 show. They are excited to be back and all the changes to be done to deal with COVID-19 have worked for them and they're OK with that. That was my biggest concern," Altomare said.

Multnomah, Washington, Clackamas and Malheur counties are still in Phase 1. Malheur is the only county on the governor's watch list.