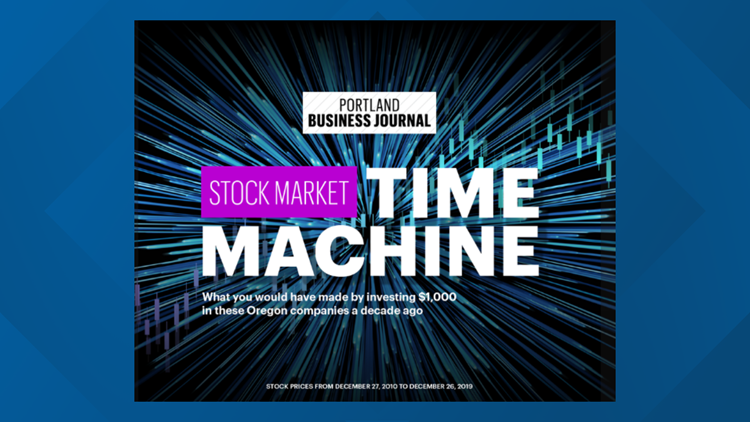 Here's how a $1,000 investment in 29 Oregon companies would have grown over the past decade

Nike? Columbia? Craft Brew Alliance? Which will it be?

With a decade of hindsight we can see where that grand would have grown the best over the past 10 years. We looked up the opening prices of 29 publicly traded Oregon companies on Dec. 31, 2009 and compared them with the closing prices of Dec. 31, 2019. To keep things simple, we only looked at price differences and did not take dividends into account.

SLIDESHOW: See how a $1,000 investment in 29 Oregon stocks would have grown over the past decade

The best-known Oregon companies provided tidy returns, but a company that puts its logo on the backs of automobiles outperformed those that stitch their names on shoes and parkas.

"Car dealer Lithia Motors was the best-performing company in Oregon in the last decade," writes Peter Jones, vice president equity research and analysis at Ferguson Wellman in Portland. "First, there was an attractive entry point as auto dealers were some of the most impacted companies in the financial crisis. In addition, Lithia expanded their footprint enormously though acquisition."

But investors in Oregon's marquee brands still would have enjoyed healthy growth.

"Apparel retailers, such as Nike and Columbia Sportswear, strongly outperformed the market," according to Jones. "International expansion into Asian markets was a huge benefit. Both brands have become very popular outside of the U.S."

But not all company stocks posted growth over the past 10 years. Five on our list saw price declines.

READ: Here are the Oregon counties where people buy the most cannabis

READ: Grads from these Oregon college programs had the highest starting salaries