Dozens of food carts were forced to move or close when construction started. Now, some see an opportunity to grow. 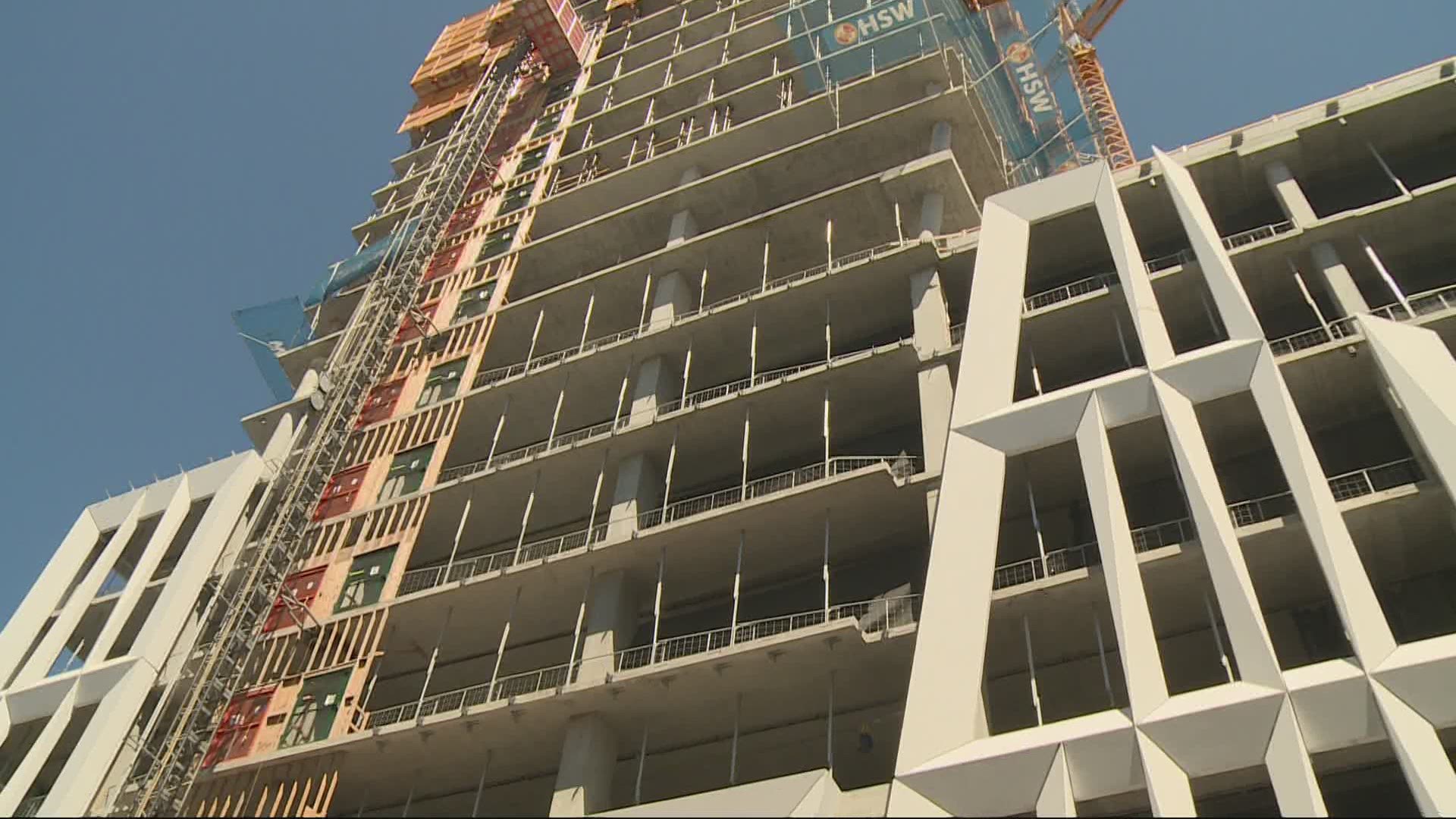 PORTLAND, Ore. — The Ritz-Carlton hotel in downtown Portland doesn’t open until the spring of 2023, but plans are already underway for a food hall on the first floor.

There will be nine vendors in the food hall, according Paul Walsh, a spokesperson for BPM Real Estate Group, which is developing the mixed-use building. The vendors have not been announced.

"I think it's their way of honoring what was there before," said Keith Jones, executive director of Green Loop, a nonprofit advocating for a six-mile park that would circle the city and include space for food carts.

Fifty food carts were forced to close or move when construction started on the hotel. Some have moved into the recently-opened Ankeny West food cart pod a few blocks away.

Jones said he sees the Ritz-Carlton and new food cart pod nearby as an opportunity for growth.

"The idea is, we could share space with the food hall and put dining spots out on O'Bryant Square," said Jones. "We are looking to expand this type of model here with the food carts in the streets, and incorporate their food hall into our plans."

Jones said he hopes more displaced food carts can be brought back and turn the neighborhood into a dining destination.

RELATED: City of Portland promotes downtown with a reopening celebration