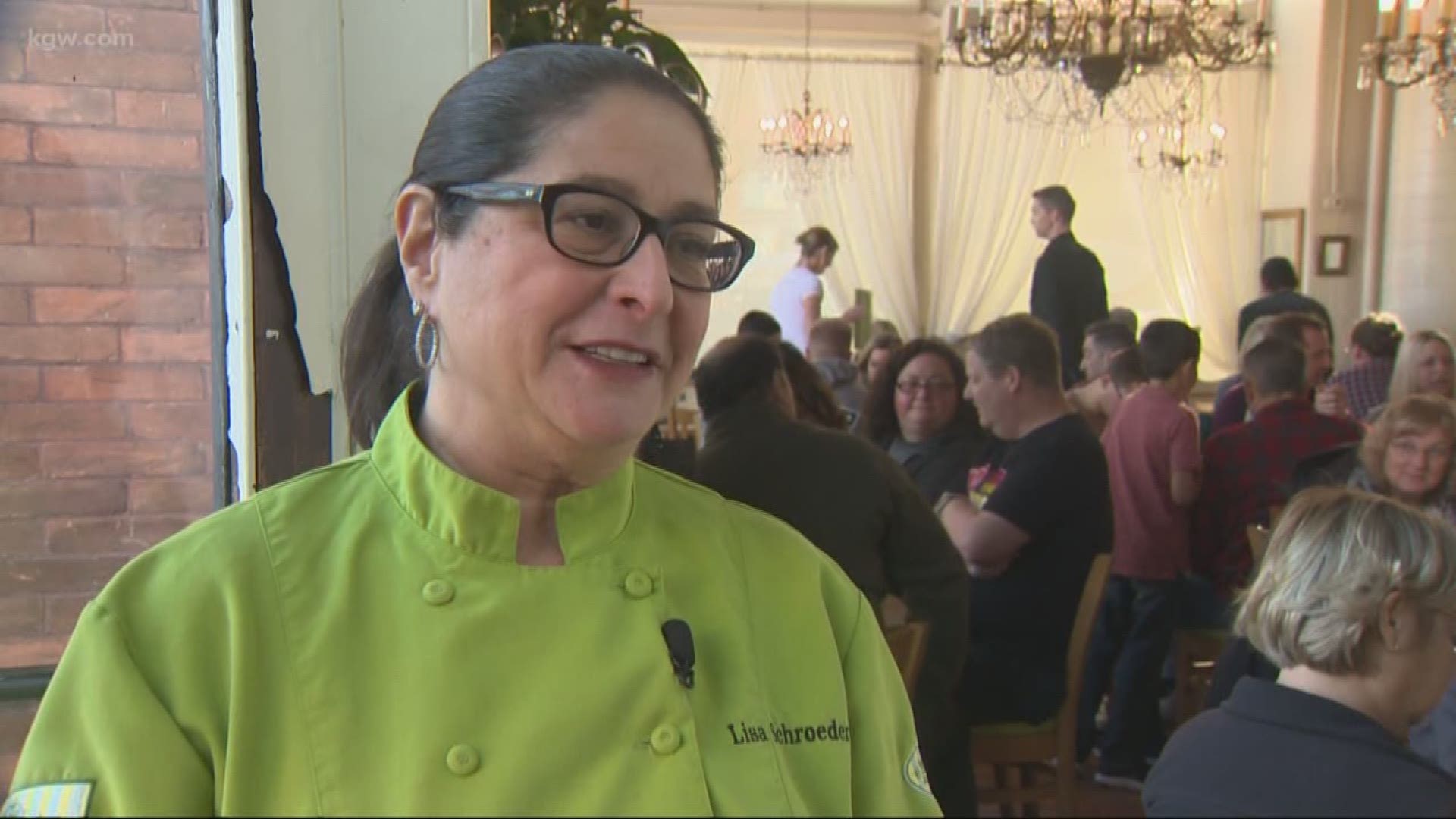 PORTLAND, Ore. — Portland’s brunch scene reached the end of an era Sunday, as staff at Mother’s Bistro and Bar served their last weekend brunch crowd in the restaurant’s cozy home of 19 years.

In fact, its new home is two and a half blocks away.

"It’s our last Sunday brunch here. Bittersweet, bittersweet," owner and executive chef Lisa Schroeder said Sunday. "I came here, I started crying, and then my assistant said to me 'Oh you're crying now, but just think of all the hassles we've had here.'"

On Wednesday, a public parade celebrating Mother's Bistro's move was led by by the Portland-based marching band and street performance group "MarchFourth."

Those hassles, according to Schroeder, include cramped quarters, a nearly non-existent waiting area, storage relegated to the basement and, not to be outdone, the threat of total destruction.

"If there's an earthquake, this building crumbles," she said.

Seismic activity and the threat of it to her restaurant is something Schroeder has been aware of for years.

Many buildings in Portland are seismically unsound, and last year, the city began mandating upgrades. At the time, Schroeder was considering other, general renovations.

While planning that work, her landlord happened to mention seismic upgrades, in line with what the city was now requiring, would close Mother's Bistro for nine months.

"When he said that to me, the light bulb went off in my head because I’d been really lobbying for seismic upgrading," Schroeder said. "I really feel that we all deserve to be in a secure building. And if it means to be in a secure building, I’d have to close for nine months, well that’s kind of frightening. That would put me out of business. My employees, my staff, they’re not going to last nine months waiting for me to re-open. So, I just said ‘You know what? The future of [Mother's Bistro] is not here.'"

Last summer, Schroeder made the call to move.

"It's really for the sake of my staff and my guests," she said. "It's just time."

The new space is two and a half blocks away, the former home of Portland Prime, it sits adjacent to the lobby of Embassy Suites.

VIDEO: Inside the new location for Mother's Bistro 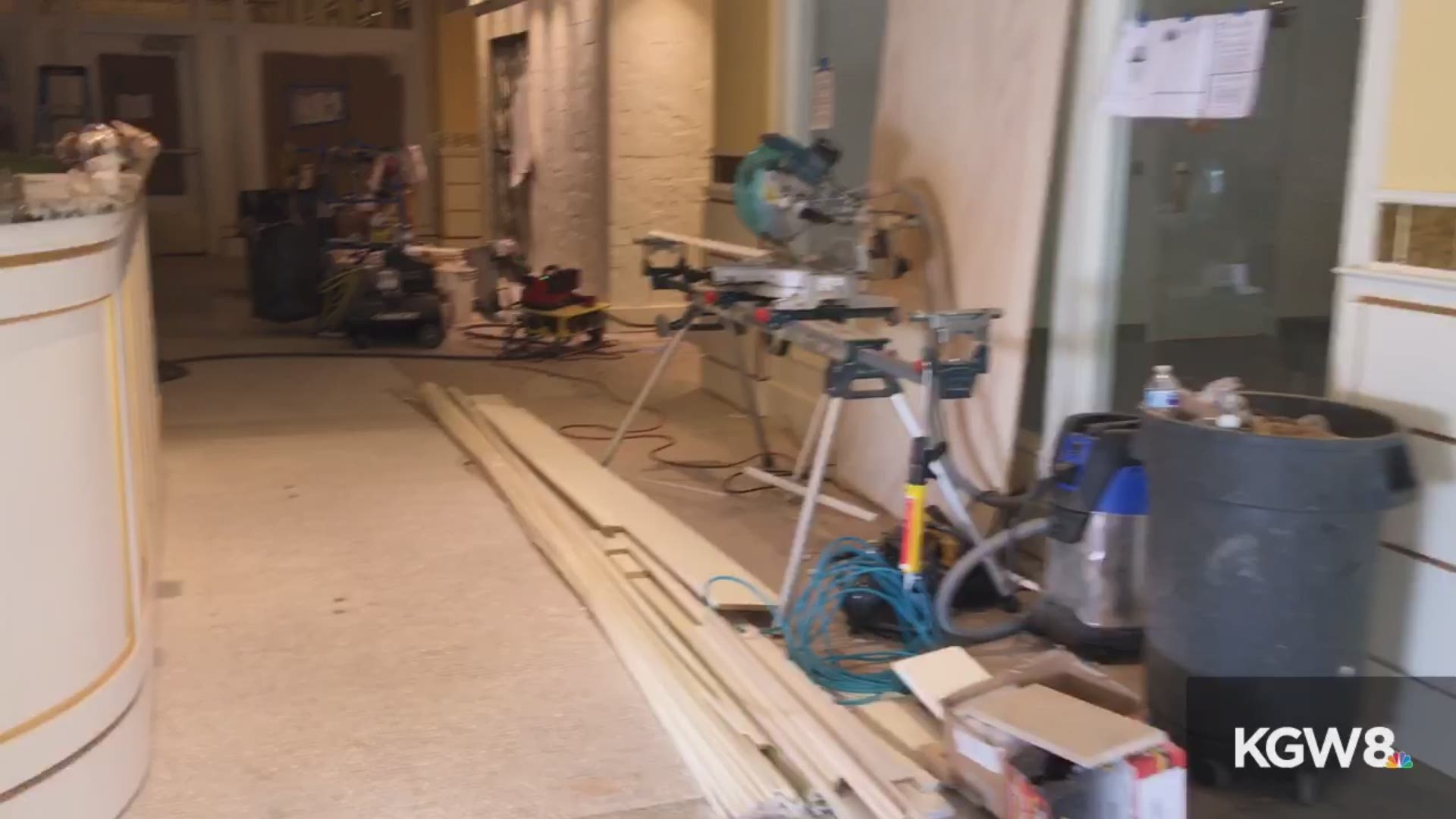 The "Mother's on steroids" description rings true, thanks to $1.2 million in renovations. Schroeder said she hopes to open Mother’s Bistro in its new location on Monday, January 21.

The new location is also seismically sound. Schroeder said that brings peace of mind, something she knows many business owners are worried they can't afford. But for those frustrated by the city's seismic upgrade mandate, she said she hopes help arrives soon.

"There’s no doubt the impact that an earthquake is going to have on downtown Portland. We know it’s going to happen. We’re not guessing," she said.

"So I don’t understand why we wouldn’t take steps to secure our buildings and the people in them, and I’m sure that there will be banks and the government being willing so that these building owners can make the improvements, and I think that we need to work toward that, not just throw it out and say it’s impossible."