When will Oregon's economy recover? It could take a year or more after pandemic ends

Economists say the return of the economy really hinges on how confident people are that the health crisis has been taken care of. 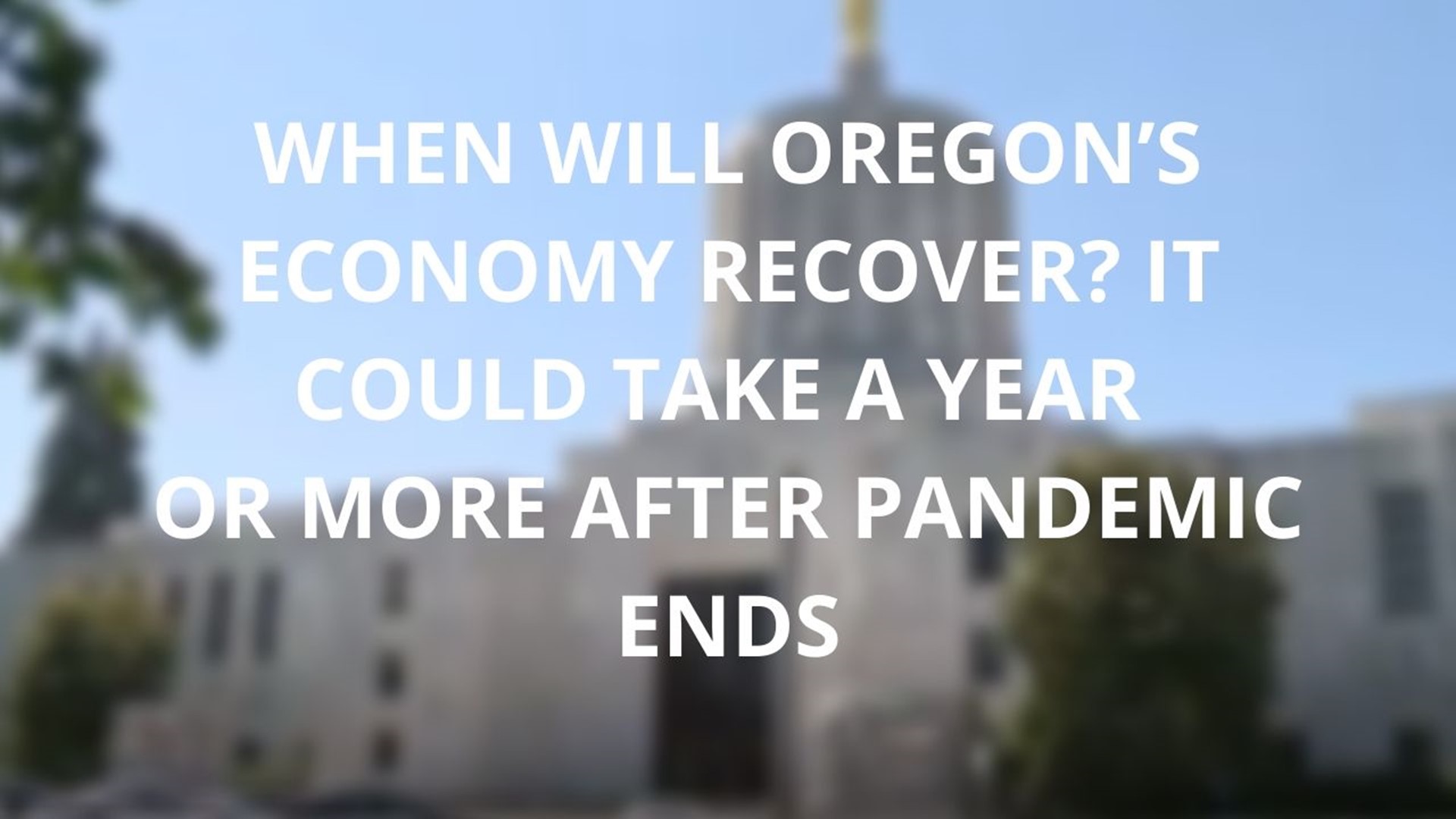 PORTLAND, Ore. — Addressing the health crisis is first and foremost, but you cannot help but wonder what it means for our economy in the long run. A lot of us hope the economy will recover quickly once the stay-home orders are lifted and businesses reopen, but economists say it could take up to a year to get back to where we were before this.

“It's going to take a little bit and that's probably an understatement,” said John Tapogna, president of ECONorthwest.

When asked what the big picture looks like for Oregon, as we are seeing this huge economic shutdown, Tapogna said to think of it in three chapters. The first is the shutdown period we are experiencing right now with the business closures and millions of people nationwide applying for unemployment.

“So, we’ve gone from unemployment that a was at near historic lows, well below 4%, and now we’re probably in the neighborhood of 13% unemployment,” Tapogna said.

The shutdown period could last until the end of May or mid-June.

Tapogna said the shutdown will be followed by a period of time called the reopening, where businesses will be back open, but people people will still be unsure about what is safe and what is not.

“Just think of any individual, let's say the restaurants opened on June 1, we've been in this period of heightened awareness of this virus. I would be extremely surprised if people are going to rush back and resume all the activity that they were working on right before these, you know in late February, before all these orders came in,” Tapogna explained.

“We've seen that in China. The factories are back open and the restaurants are open and no one wants to go outside because they're still scared,” Harwood said.

Both said the return of the economy really hinges on how confident people are that the health crisis has been taken care of.

Tapogna said we likely will not get to the third chapter, which he calls true recovery, until June of 2021.

“The whole thing that's going to make the economy work, is if you and I have confidence that we can go back into the public, maybe go back into a restaurant, maybe even a bar or a theater, and not be at high risk of getting the coronavirus,” Tapogna said.

Tapogna thinks Oregon is in better shape to recover though than other states because the stay-home orders went into place early on and seem to be helping flatten the curve.

RELATED: Here's when COVID-19 is now projected to peak in Oregon

“We had the example of the crisis unfolding just to the north of us (in Seattle), took decisive action early and our curves, both in terms of infection rates and deaths, look among the best in the country. So, if we can couple that with really effective smart public health testing and maybe some of these therapies, Oregon’s just in a much better place to start with than some of the other places in the country and that might increase our confidence in getting out or being a bit more economically active,” Tapogna said.

As for the city of Portland, it could lose anywhere from $40 million to $100 million or more in revenue because of the COVID-19 closures. The biggest hit is coming in the form of taxes lost from hotels and businesses.

“I think it’s trending more pessimistic now than it even was last week. The reality is that, at least in Oregon, it appears we’ve done a pretty good job dealing with the public health side of it,” Harwood said. “What that does is push out some of the impacts because it smooths out the infection rate, which is the biggest priority right now, but it also means maybe we have to be inside a little longer than some other places.”

Harwood knows people want answers now, but said we have only been shut down for about three weeks, so they are still collecting data. He said we will not know the full extent of the financial impact on Portland for some time.

“We're getting more information every day, but we're still trying to figure out exactly what the other side of this looks like and when it will happen,” Harwood said.