Portland bike shops seeing an increase in business during pandemic

"The amount of business is not like anything we've seen. Everyone wants to ride," said Ryan Barrett of River City Bicycles. 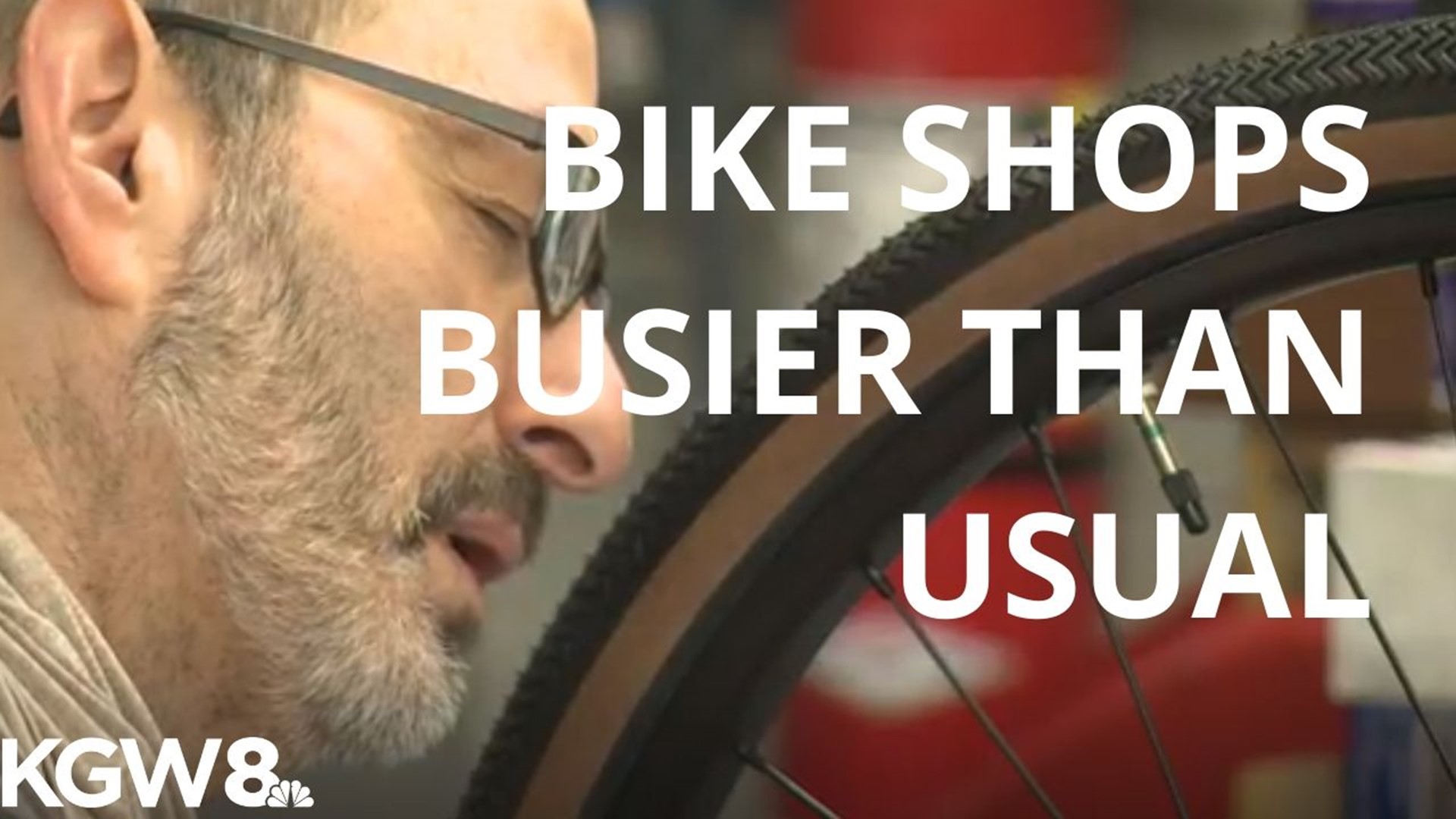 PORTLAND, Ore. — With the COVID-19 pandemic keeping everyone home, the amount of bikes on the road could soon increase. The weather is getting better outside and as the restlessness grows, everyone wants to get outside.

"It makes sense because the weather's getting better and cycling is a good socially distancing practice. You can keep your distance and get out and stay sane," Tyler Reardon said.

He was one of many riders waiting outside River City Bicycles along Martin Luther King Boulevard in Southeast Portland.

"We're seeing a lot of interest in bikes, accessories just across the board," said Ryan Barrett, marketing director for the bike shop.

Barrett says he thinks there's been an increase in business because traffic has been down, the weather is improving and with kids out of school and gyms closed, people need that physical outlet.

"It's not surprising with all those favorable conditions that people want to ride."

He says business has been really good at their two locations. "The amount of business is not like anything we've seen. Everyone wants to ride."

Across the river to the west, at West End Bikes, owner Mark Ontiveros said April sales were better this year during the pandemic compared to last April when everything was more normal.

"In the U.S., the bike industry,  $1,000 bikes or less are very hard to come by right now. A big push. That may be again because parents pull their bikes out of their garages that were 10 years old and they go wait a second, I need a new bike," said Ontiveros.

Ontiveros says he's down three mechanics and sales are up. Sales and services are done by appointment only and business at West End bikes is going well, maybe too well.

"We're six weeks out on service right now, which is not good. I don't like that. We're doing the best we can right now."

Ontiveros said he'd like to be, at most, one week out for service.

"We're working on bikes, repairing a lot of flats and a lot of old bikes that are coming out of garages. People are, instead of using transit, they're using their bikes again."

He credits the weather and adds, "It's one of the things that we can do that's safe, socially distance, manage our anxiety a little bit."

Oltiveros says to consider this if you're wondering if a new bike or parts are in your future.

"If people are a little hesitant to get on a bus or a train right now... How do you socially distance on mass transportation? On a bike you can do that."