Kelsey Glasser, the restaurant's owner, said she's looking forward to the future after several challenges during the pandemic. 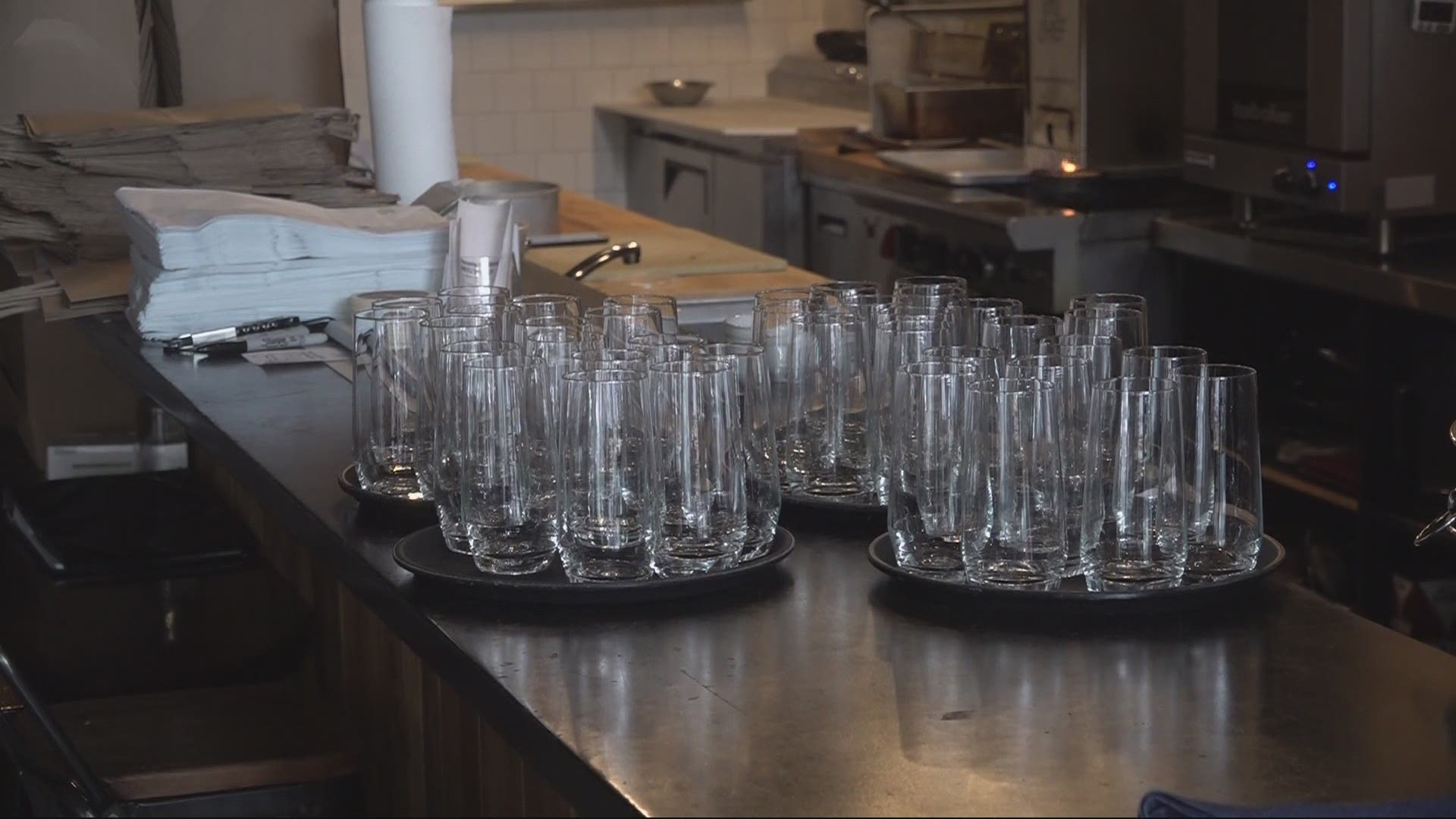 PORTLAND, Ore. — In the summer of 2020, Arden Restaurant in Portland's Pearl District had to shut down for several weeks because owner Kelsey Glasser and her staff tested positive for COVID-19.

"I would say the hardest part was that first two weeks, letting everyone go," Glasser said. "Not knowing if they would be taken care of, not knowing if we would survive."

Now, one year later, Glasser is preparing for an influx of customers. She said she's learned a lot in the past year and believes that knowing how to pivot saved her business. Arden was primarily a wine bar before the pandemic.

Without money from the government through the paycheck protection program (PPP), Glasser said she does not know if her business would have made it. She had to delay paying rent and utilities so she could pay her employees.

"The PPP really helped people survive and at least just get from point A to point B, but most restaurants are operating at a loss right now and they have been for most of the year," Glasser said.

She said the PPP loan was worth two-and-a-half months of payroll. She said throughout the past year, she's had to stay optimistic.

"I think the fact that we are a young restaurant and a young team, that helped us be very resilient," Glasser said.

Out of her 10 original employees, Glasser said eight have returned to work.