We are the Caution: Working to end gun violence in Portland

There have already been 47 shootings in Portland this year, and this group of community members is working to be part of the solution. 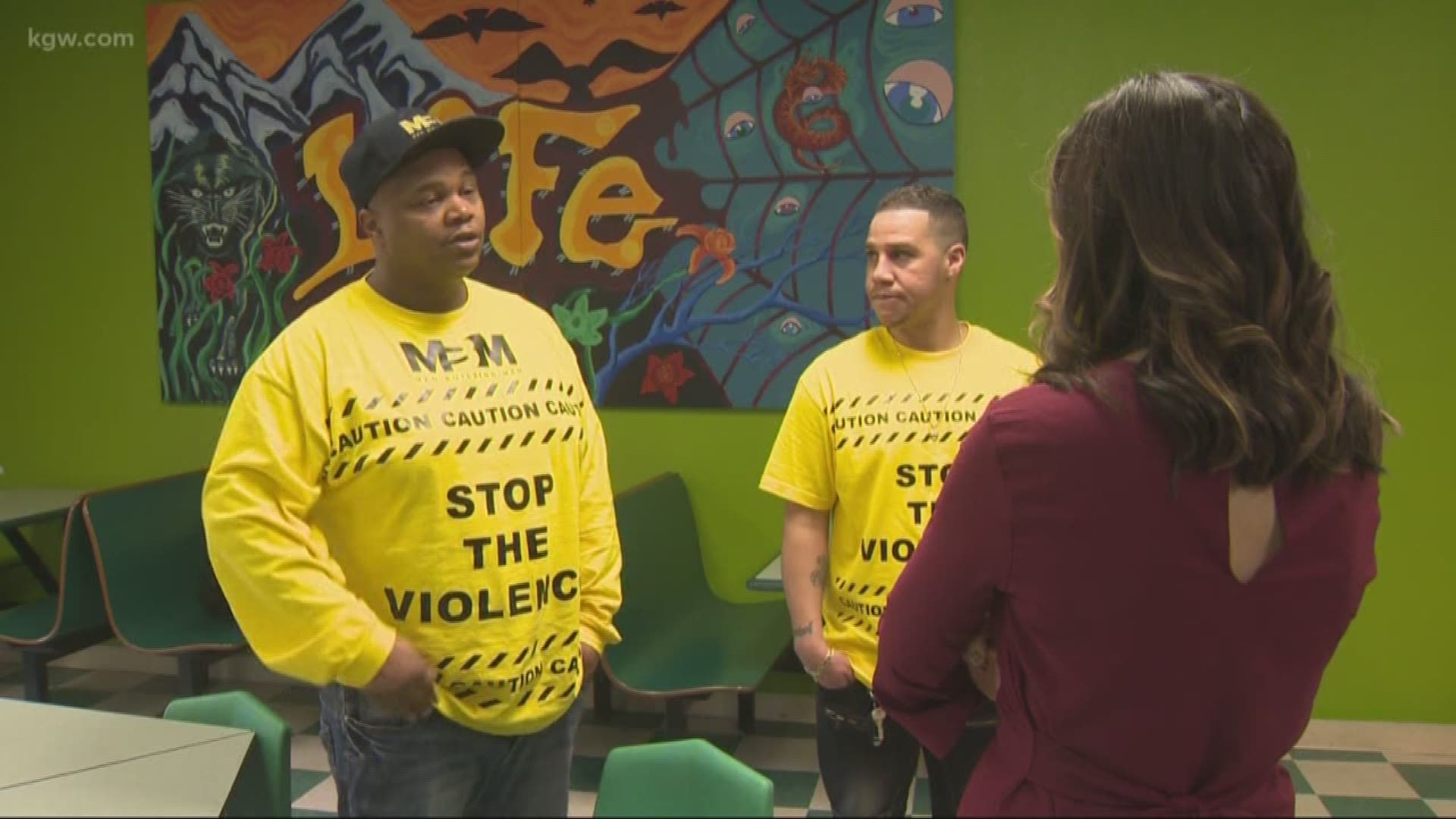 PORTLAND, Ore. — Shootings are on the rise in the city of Portland and they're spread out across the map.

Since Jan. 1, 2020 Portland Police Bureau data shows there have already been 47 shootings. There were 28 at this time last year.

In total last year, Portland saw an average of one shooting per day.

That statistic includes any time a shot is fired in the city, meaning accidental or self-inflicted gun shots count as well, but make up a small portion of shootings.

These statistics highlight every day gun violence in our community. Communities of color, particularly young African American men, are disproportionately impacted by gun violence in Portland and around the nation.

Portland police data shows in 2019 African Americans were far more likely to be victimized than any other demographic. Of the 88 people shot and injured by bullets last year, nearly 50 percent of them were Black.

That figure doesn't include the 22 people killed by bullets on Portland's streets. (Including people killed in officer-involved shootings, a total of 27 people died after being shot in 2019.)

They launched the movement in early January, in partnership with other community-based organizations, elected officials, Portland Police Bureau, the hip-hop community, schools and educators and others to spread awareness about the movement and save lives. The goal is to stretch the campaign out through March.

"With the spike of shootings this year, what I’m hearing from the community is, 'We’re alarmed and we feel like this is something the police cannot fix by themselves.' And so as community members we want to take some responsibility," Moore said.

Gun violence is a public safety crisis, Irving and Moore say, and as long as bullets fly no one is safe.

RELATED: There were more U.S. mass shootings in 2019 than days on the calendar

They're encouraging everyone to raise awareness about gun violence in the Black community by using their voices, depicting gun violence and trauma through music and art and supporting people and organizations fighting to reduce gun violence in Portland's neighborhoods.

You can take part in the campaign by wearing yellow on Fridays, signifying caution tape, and posting a photo on social media and using the hashtag #WeAreTheCaution.

Men Building Men is also hosting youth-focused We Are the Caution events around the Portland Metro Area.

Why yellow caution tape? Moore and Irving say that's what you see at the scene of shootings and by the time police put it up it's already too late. This campaign is focused on being proactive versus reactive, which you often see in gang culture.

"It signifies that we are tired of seeing yellow caution tape around our city. We’re tired of seeing young men being killed in our streets and know the police in the parameter is not the caution. Us as community members, we are the caution," Moore said. "We caution you we’re not going to stand for it, we’re going to come together and try to do something about it."

Irving says it's not just about wearing yellow shirts. It's about the community being held accountable and saying something, especially to young kids.

There are many former gang members who are now fathers, husbands, uncles and contributing members of society who Irving is trying to encourage to reach out to young kids on the streets and help save them.

"When you see these shirts, we got somebody. We got somebody who is going to stand up for the community, who’s going to be accounted for and have some accountability. So I think that is a very powerful statement. And I think it also links the bridge with the police because it’s not us against them."

Local elected officials, musicians, schools and church leaders are throwing their weight behind We Are the Caution and helping Moore and Irving host events for youth around the city.

Police are also getting behind it.

Portland Police Bureau Sgt. Kenneth Duilio has been a member of the bureau's Gun Violence Reduction Team (GVRT) for more than a decade. He knows law enforcement can't take this problem on alone, especially as more shootings happen on Portland's streets.

"In the police bureau we have our job, but we can't do this ourselves. It's going to take community involvement," Sgt. Duilio told KGW. "I can say that being in this unit ten years it certainly feels busier. It feels like there are more shootings in the city of Portland than there used to be."

No where in the city is immune to shootings. A decade ago, Sgt. Duilio says they were concentrated more to inner Northeast Portland and St. Johns where gangs were concentrated. Now, gang members live all over.

With a gaping shortage of officers, Duilio says the police bureau is really struggling to keep up.

"We have had kind of a staffing crisis here the last several years so that's fewer cops out doing self-initiated work. And I know that definitely can impact, you know, trying to stay on top of escalating gun violence," he told KGW. "Our unit, we have decent numbers, but for the number of shootings it's a lot. You know, a lot of times we feel like we're just trying to keep our head above water trying to keep up with the next shooting that comes in."

So police, Irving and Moore want to rally the community to get ahead of the violence.

"To me the caution tape is proactive. If you look into the gang culture everything is reactive," Irving said.

"To stand up against gun violence - that is really a public safety issue. Because as long as bullets are flying nobody is safe," Moore added.